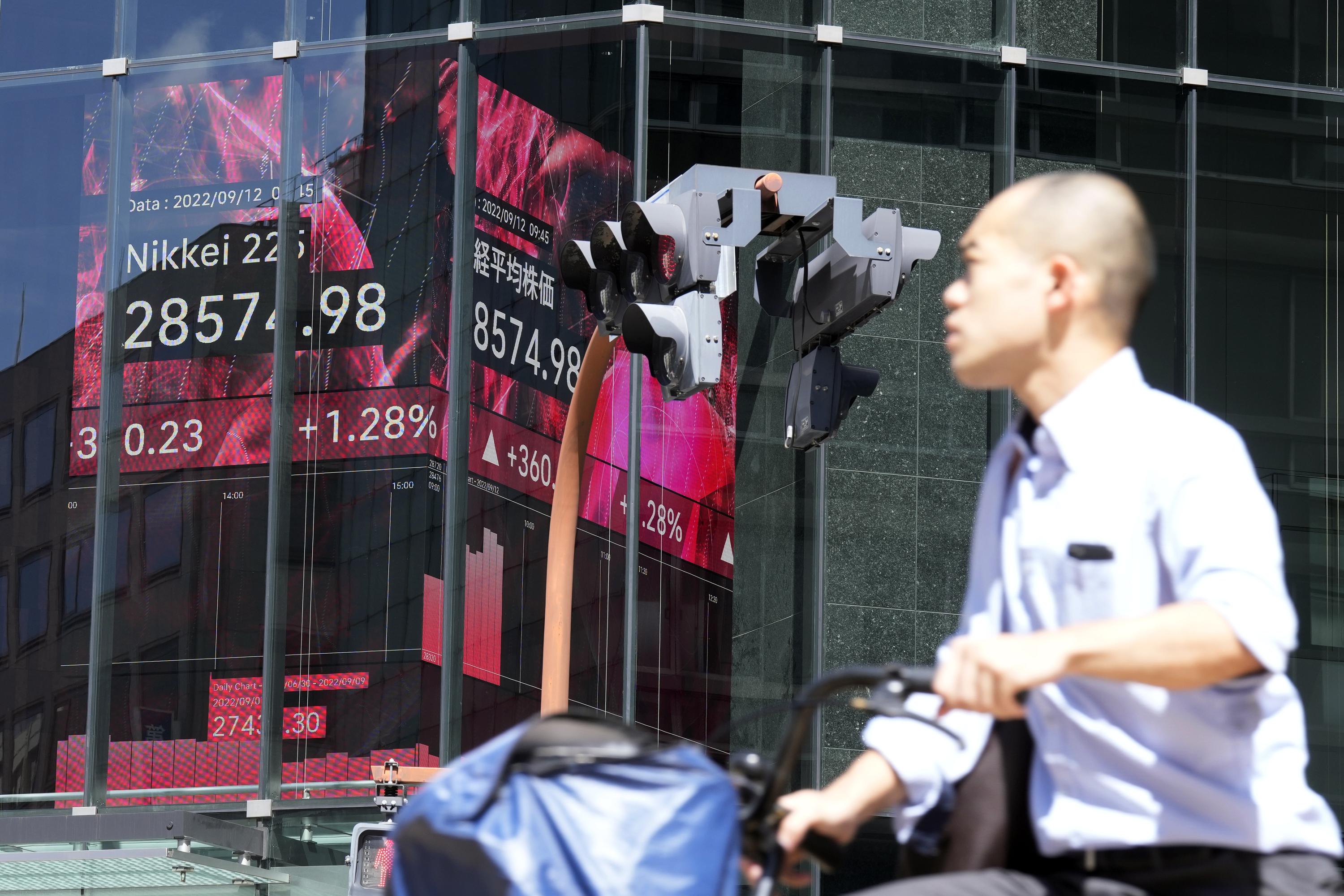 Investors are watching for U.S. inflation figures and Chinese economic data this week.

The U.S. Labor Department will release its report on consumer prices for August on Tuesday and a report on wholesale prices on Wednesday. On Thursday, Wall Street will get an update on retail sales for August.

Coronavirus cases are still casting a shadow in China, where about 65 million Chinese were under lockdown as of last week despite just 1,248 new cases of domestic transmission, mostly asymptomatic, being reported on Sunday.

“All in all, the lower-for-longer growth picture remains the theme for China,” Yeap Jun Rong of IG said in a commentary.

On Friday, the S&P 500 closed 1.5% higher in its third straight increase, ending with a 3.7% gain for the week. It was the benchmark index’s best week since July.

Big gains for technology companies pushed the Nasdaq composite to a 2.1% gain, while the Dow Jones Industrial Average rose 1.2%. Both indexes also notched their first weekly gain in four weeks.

The gains punctuated a holiday-shortened week of trading on Wall Street during which the market regained some of the ground it lost after a mid-August slump that wiped away the much of the gains from a mid-summer rally.

The Federal Reserve is in the spotlight as investors they try to figure out whether the U.S. central bank’s plan to cool the hottest inflation in four decades will work or possibly tip an already slowing economy into a recession.

Stocks spent July and part of August gaining ground on hopes that the Fed would ease up on its interest rate hikes, but slumped over the last few weeks as it became clear the central bank remained resolute in raising rates.

The central bank has already raised rates four times this year and markets expect it to deliver another jumbo-sized increase of three-quarters of a percentage point at its next meeting in two weeks. Fed officials, including Chair Jerome Powell, have all reaffirmed the central bank’s determination to raise rates until inflation is under control.

In other trading Monday, U.S. benchmark crude oil picked up 11 cents to $86.90 a barrel in electronic trading on the New York Mercantile Exchange. It jumped $3.25 to $86.79 a barrel on Friday.