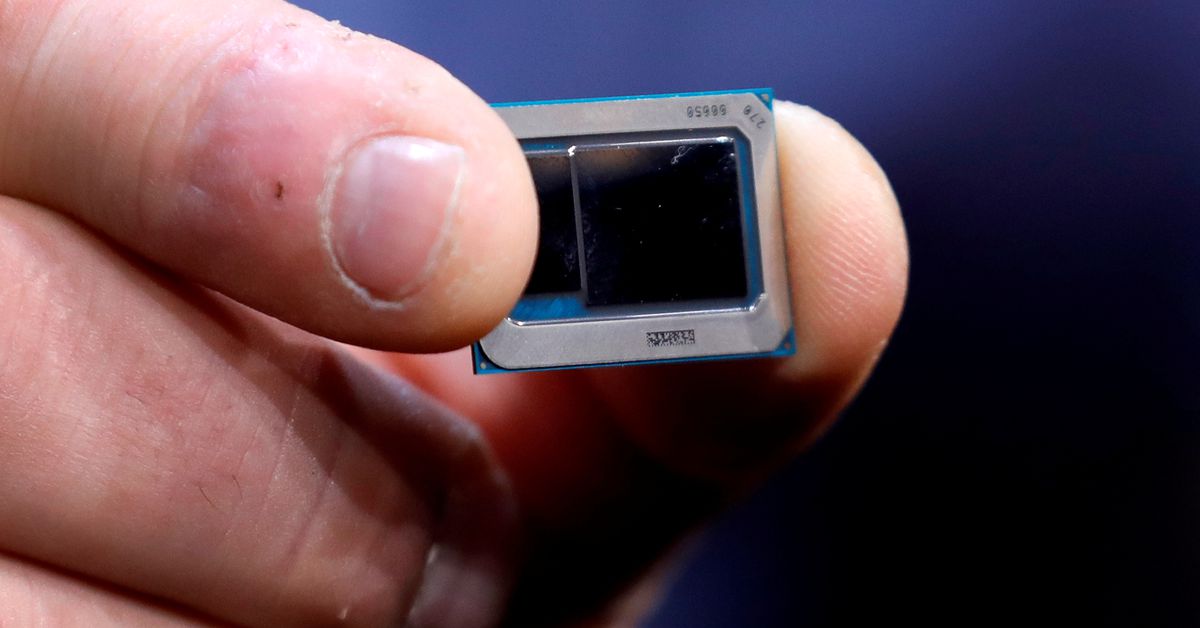 An Intel Tiger Lake chip is displayed at an Intel news conference during the 2020 CES in Las Vegas, Nevada, U.S. January 6, 2020. REUTERS/Steve Marcus

ROME, March 1 (Reuters) – Italy plans to set aside more than 4 billion euros ($4.6 billion) until 2030 to boost domestic chip manufacturing as it seeks to attract more investment from tech companies such as Intel, a draft decree seen by Reuters showed on Tuesday.

The government is trying to persuade the U.S. group to spend billions of euros on an advanced chipmaking plant in Italy that uses innovative technologies to weave full chips.

Rome is ready to offer Intel public money and other favourable terms to fund part of the overall investment, which is expected to be worth around 8 billion euros ($9 billion) over 10 years, Reuters reported in December. read more

To boost domestic chipmaking, Italy is also in talks with French-Italian STMicroelectronics , Taiwanese-controlled MEMC Electronic Materials Inc and Israeli Tower Semiconductor (TSEM.TA), which is set to be bought by Intel. read more

Negotiations with Intel are complex as the U.S. group has tabled very tough demands, a government source involved in the talks told Reuters.

Brussels has made available 15 billion euros in additional public and private investment by 2030, on top of 30 billion euros of public investments already planned from NextGenerationEU, Horizon Europe and national budgets.

Intel said in September it could invest as much as $95 billion in Europe over the next decade.

Under the plan, the U.S. group has chosen the east German city of Magdeburg as the site for a new multibillion-euro European chip factory, a person familiar with matter told Reuters on Feb. 26. read more

As part of an 8 billion euro package to support the economy and curb surging energy bills, Italy plans to allocate 150 million euros in 2022 and 500 million euros per year from 2023 until 2030, the decree showed.

The Italian government will promote “research and development of microprocessor technology and investments in new industrial applications of innovative technologies,” the legislation added.

Rome aims to use the funding also to convert existing industrial sites and favour the construction of new plants in Italy.

Chipmakers are scrambling to boost output after explosive demand for consumer electronics such as smartphones and computers resulting from the work-from-home trend during the COVID-19 pandemic led.

Meanwhile EU countries are eager to reduce their dependence on semiconductor supplies from China and the United States after recent supply chain problems.