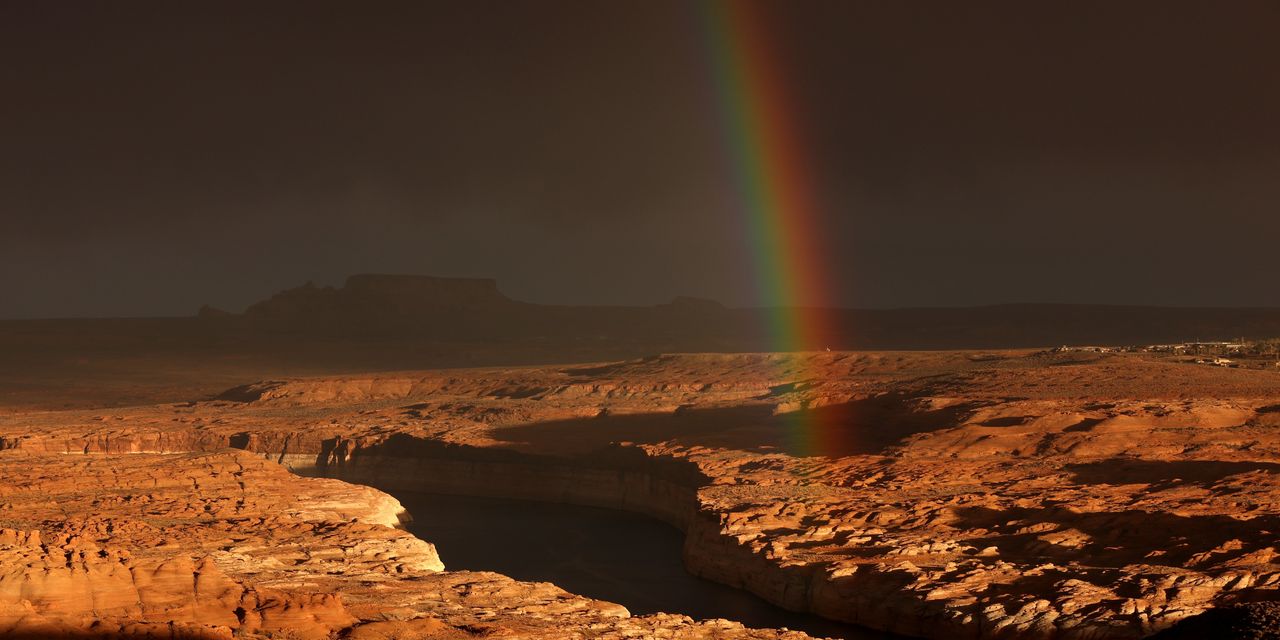 Listen to the bond market.

That is the advice from Lisa Shalett, chief investment officer at Morgan Stanley Wealth Management, warning that recent resilience in stocks could be “nothing more than a bear-market rally, fueled by wishful thinking and excess liquidity,” in a Wednesday client note.

“After a volatile first quarter, U.S. stock and bond markets have been telling differing stories,” she said, pointing to continuing steep losses in the Treasury TMUBMUSD10Y, 2.695% market, as yields rise and bond prices fall, but also its recession signals from a brief yield-curve inversion.

That contrasts with the S&P 500 index’s SPX, +1.12% rally since exiting correction territory last month, or its 10% climb from its correction low. As of Wednesday’s close, the benchmark was 7.3% away from its last record high on Jan. 3, according to Dow Jones Market Data.

The Nasdaq Composite Index COMP, +2.03%, though battered by expectations of aggressively higher interest rates, finished Wednesday roughly 15% below its closing record on Nov. 19, 2021.

The resilience, Shalett argued, may reflect an overconfidence in the Federal Reserve’s ability to engineer a “soft landing” for the economy, as it seeks to dramatically tighten financial conditions, including its plans to swiftly shrink its balance sheet.

“Such aggressive tightening will make the Fed’s policy execution highly complex, and historical examples suggest that even when the central bank does manage to land the economy softly, markets often feel a much harder impact,” she wrote.

Perhaps stock-market investors could be also dismissing the longer-term prospect of rising “real” interest rates, and other potential headwinds from Russia’s war in Ukraine, including the threat of a U.S. economic slowdown or recession in Europe.

Instead, Shalett thinks “more cautious signals coming from the bond market may better reflect the likely path ahead.”

After quickly climbing to the highest since early 2019, the 10-year Treasury yield eased back slightly to 2.688% on Wednesday.

“We look for risks to get more rationally priced and believe investors should watch earnings-revision trends for confirmation that index-level and mega-cap tech profits aren’t immune to the forces of reality,” Shalett said.

Related: How bad is the bond-market carnage? This unlikely sector is down 10% as inflation takes a bite out of returns.