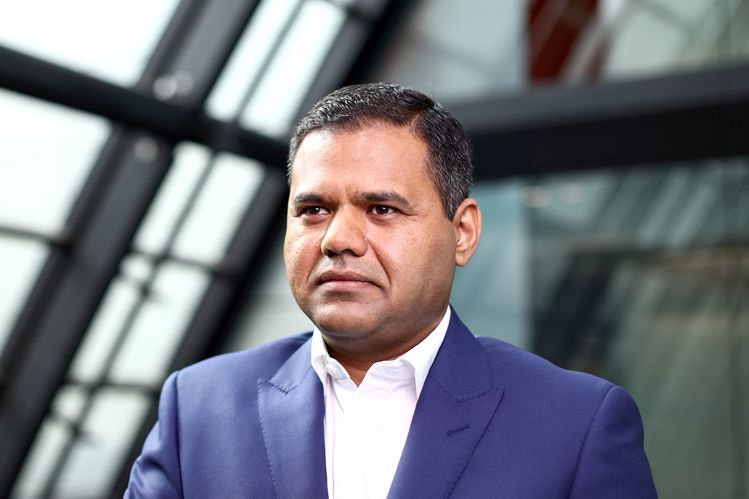 Rajesh Agrawal is the Deputy Mayor of London for Business

I’m so excited to be in America with the Mayor, Sadiq Khan, this week, banging the drum for London and sending a clear message that the capital is open for tourism, business and investment.

This is the Mayor’s first international visit since the pandemic started – and it is going to be incredibly busy. This week, the Mayor visited New York where he launched our largest-ever international tourism campaign to attract global visitors back to London. We have also made our way to Silicon Valley to meet industry leaders and entrepreneurs.

London is a global hub for tech, and this visit to Silicon Valley will further strengthen the investment and trade ties between London and the Bay Area.

During this visit the Mayor will meet with senior representatives from some of the world’s biggest tech companies, including Google and LinkedIn at their headquarters. Sadiq will also visit the Silicon Valley headquarters of Plug and Play, the world’s largest early-stage investor and a global innovation platform, which has announced that it will be setting up new UK operations in London.

Additionally, Palo Alto-based artificial intelligence software provider and unicorn, SambaNova Systems, has announced its expansion in the UK with the opening of its first London office over the coming months.

New research from London & Partners reveals that London is the number one destination for US tech companies expanding outside their home market. In the last five years, London has attracted more new international tech investment projects from the US than any other global city, including Singapore, Bangalore, Dublin and Paris. From 2017 to 2021, London has seen 251 US tech companies set up in the UK capital, creating almost 9,000 new jobs.

Last year was a record year for investment into London tech companies, as the UK capital’s tech firms secured $24.9bn in funding – more than double any other European city. The capital also attracted $59.4bn in venture capital between 2017-2021, more than three times the amount of total funding received by other tech hubs such as Paris, Berlin and Tel Aviv.

L&P’s report proves that London and the Bay Area are natural partners for collaboration across a number of fast-growing tech sectors, as they lead the way for investment and startup growth in areas such as fintech, health tech and climate tech.

It is truly great news that today even more leading US tech companies have revealed their plans to invest in London. The latest expansion of US tech firms to London follows Google’s $1bn investment for a new office in London’s West End and its long-term plans to base 7,000 staff at its new flagship office in Kings Cross. Over the past few years, London has also seen the likes of Facebook, Netflix, Amazon, Microsoft and LinkedIn all commit to further staff and office space in the UK capital.

This visit to America represents a significant milestone in our work to promote London to tourists, business and entrepreneurs, and we are determined to use every moment possible to sing the praises of our great city and invite businesses from across the tech and tourism sectors to set their sights on the capital.