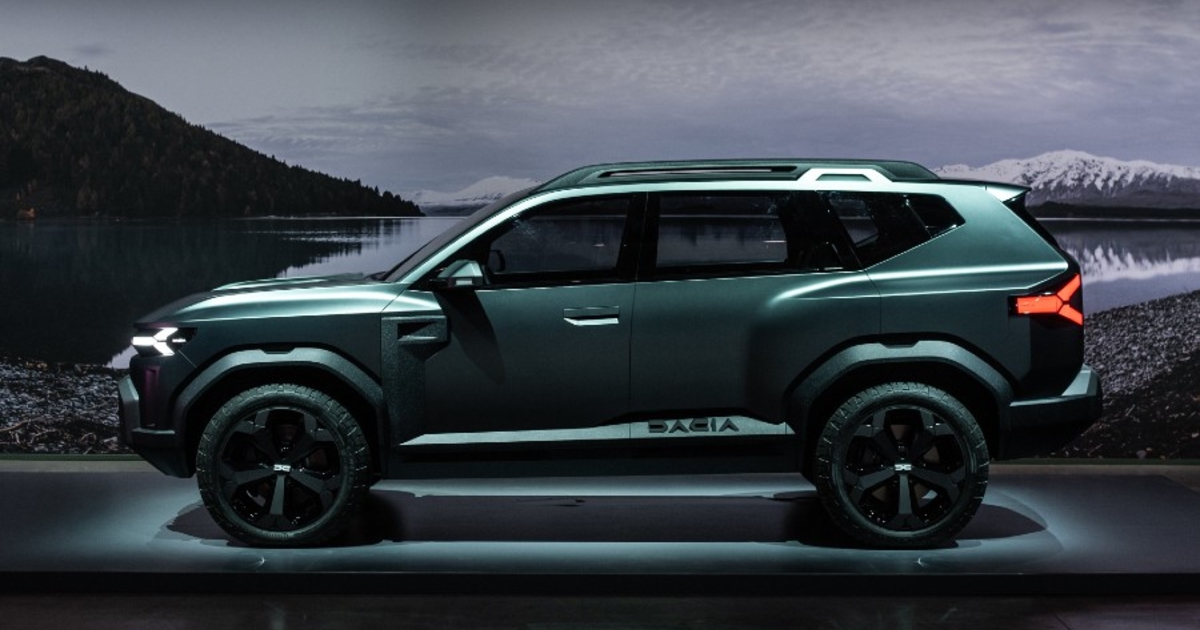 PARIS — By almost any measure, Dacia has been a success story for Renault Group.

After buying a majority stake in the Soviet-era Romanian brand in 1999, Renault used Dacia as a launching pad for its Logan project — a no-frills small car that undercut the competition by thousands of dollars. Even now, the base Sandero small car is less than 11,000 euros.

Dacia has sold 7.5 million cars since the Logan’s launch in 2004, and this year is the third-best-selling brand to private buyers in Europe. Its “design to cost” formula, which relies on frugal use of existing Renault-Nissan Alliance technology and low wage production in Romania and Morocco, has led to margins that handily outpace the group’s namesake brand, although Renault does not disclose exact figures.

Now, Renault is recalibrating the Dacia formula. “Unbelievably low prices” is out, and “best value for money” is in.

“It’s not ‘low cost.’ We are concentrating on the essentials,” sales and marketing chief Xavier Martinet said Tuesday at a media event outside Paris.

That might seem like a subtle shift, but Dacia executives say it reflects a move across all socioeconomic groups to be more careful consumers, given concerns about climate change and sustainability, inflation and energy costs, and the coronavirus pandemic.

Dacia has thrived in the past year, which has been marked by the semiconductor shortage and economic uncertainty. The Sandero, the brand’s best seller, ranked second in the small car segment in the first half of 2022, according to figures from Dataforce, and was the only model in the top 10 to register a sales gain.

Dacia increased its market share to 4 percent in the first half from 2.9 percent in 2021, according to industry lobbying group ACEA. Overall sales were up 18 percent, the most of any volume automaker, according to ACEA.

A move into the compact segments away from small cars, which started this year with the launch of the Jogger seven-seat crossover, will increase the brand’s pool of potential buyers to 13 million from about five million, brand CEO Denis Le Vot said.

“This is a new stage in our history,” Le Vot said, as he unveiled the Manifesto electric buggy concept and showed off Dacia’s new logo and dealership branding.

Le Vot, a veteran Renault-Nissan alliance executive with extensive international experience, was chosen by group CEO Luca de Meo to spearhead Dacia’s expansion. A plan to increase synergies by sharing platforms and a business unit with Russian brand Lada appears to have fallen through after Renault said it would exit Russia after the invasion of Ukraine, but Le Vot said that Dacia would still benefit from increased autonomy within the group, including 3,000 engineers solely devoted to the brand.

The new branding – including a white “spear” logo, de-chromed trim and wilderness-inspired exterior colors – is meant to emphasize robustness and reliability. Dealerships are being made over with simple, plywood-based furnishings that can be easily moved around.

The idea is to shift the perception of Dacia from purely a budget brand to one that will appeal to buyers who want “value for money,” Le Vot said, not necessarily the cheapest car they can find.

One way Dacia is doing this is by offering innovative but frugal technology solutions, such as roof rails that swing inward to create a rack for gear or roof pods, and an integrated clip for a cellphone to provide multimedia than a central touch screen.

It also continues to use off-the-shelf technology from the alliance that has already recouped development costs – for example, the first hybrid powertrain, an option on the Jogger, will not appear until next year, three years after Renault brand introduced its E-Tech system.

Dacia showcased one future option this week with a folding bed system called Outdoor Life that can turn the Jogger into a sleeping space. A tent can also be attached to the rear hatch.

In addition to the hybrid Jogger, other scheduled launches include, in 2024, an all-new Duster based on the alliance CMF platform and a compact SUV based on the Bigster concept from 2021.

It’s not clear, however, what the brand’s electrification strategy will be – the Spring EV minicar, imported from China, is its sole electrified model — but executives have expressed confidence that EV powertrains will come down in price enough to retain Dacia’s loyal customer base (60 percent of customers are repeat buyers) in the coming years.

“We do not think our best days are behind us,” Martinet said.