I adore board games. I like to think I’m decent at backgammon and checkers. I’m pretty good at Scrabble and Trivial Pursuit. And I can hold my own in Risk for a while, though I’ll never win—it is not a game built for a middle child. But one game that I’ve never been able to figure out? Chess.

You’d think that my lack of chess-playing prowess wouldn’t come up very often. But you’d be wrong. You see, chess is having a moment.

The game—thought to have been around for over 1,000 years—has witnessed a recent surge in popularity thanks to Netflix’s miniseries, “The Queen’s Gambit,” starring Anya Taylor-Joy. The show debuted in October of 2020 and became Netflix’s most-watched scripted miniseries in just a few weeks. 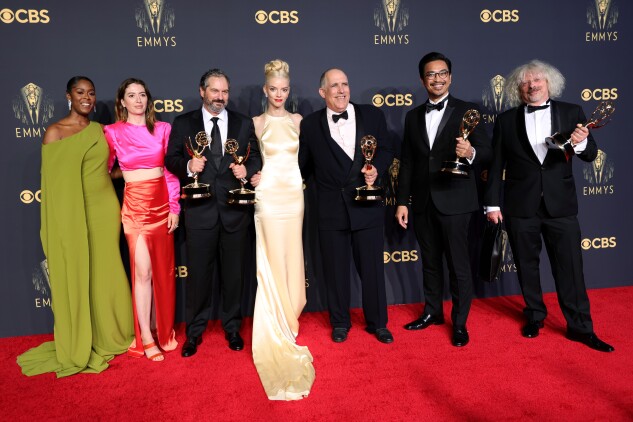 The cast of ‘The Queen’s Gambit’ poses in the press room during the 73rd Primetime Emmy Awards at L.A. LIVE on Sep. 19, 2021 in Los Angeles, Calif.

The show’s name comes from an opening move in the game of chess—when the white side sacrifices a pawn to try to draw the black side out of the center.

I know this not because I’ve seen the show—I have not—but because of my daughter. She became a fan of the show and, subsequently, of the game.

She’s not alone. Retailers have reported increased interest in the board game out of the box and online. From “The Queen’s Gambit’s” debut to April 2022, Chess.com saw its monthly active users increase to nearly 17 million from roughly 8 million.

So what’s the appeal? I think there are lots of reasons that folks learn to love chess. For starters, physical characteristics don’t matter much—you can play as easily at age 8 as 80. Being taller, stronger, or bigger doesn’t give you an advantage.

Ditto for external factors, like wealth. Unlike with some games, you don’t need a lot of money to prepare for or play chess—you can make the same moves with a plastic piece as a marble one. Having fancier gear doesn’t give you an advantage.

There’s no language or travel barrier for chess players, especially in the age of the internet. My daughter regularly plays chess online against players from all over the world.

No matter who you are, everyone starts at the same place, and you can get better if you keep trying. That’s not because it’s a physical skill that requires fine-tuning, but because you can look at it critically, figure out what you did wrong, and learn from those mistakes. José Raúl Capablanca, world chess champion from 1921 to 1927, noted, “You may learn much more from a game you lose than from a game you win.” 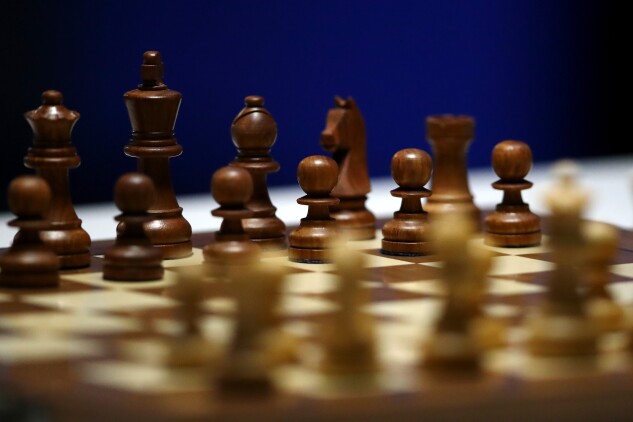 A detailed view of the board and pieces during the 83rd Tata Steel Chess Tournament held in Dorpshuis De Moriaan on Jan. 27, 2021 in Wijk aan Zee, Netherlands.

And while you can learn from your mistakes, you don’t have to know everything about the game of chess to do well. You don’t have to guess at every single potential move on the board. You just have to figure out the ones not to make. Once you’ve done that, you can focus on the remaining possibilities. It works the same way in tax. None of us knows everything, even if you’ve been practicing for some time.

The key in tax, as with in chess, is to weed out what looks wrong and focus on making the best choice out of the remaining options. And at Bloomberg Tax, our experts offer great commentary and insightful analysis on federal, state, and international tax issues that can help you figure out your next move—and stay in the game.

Which former world chess champion defiantly spat on a US Treasury Department order prohibiting a rematch against former Soviet grandmaster Boris Spassky?
Answer at the bottom.

States are taking different approaches to taxing digital products, but creating clear definitions of what is and isn’t taxable will go a long way toward alleviating taxpayer angst, says EisnerAmper’s Gary C. Bingel.

The growing issue of Wayfair creep represents a dubious stretching of the scope of the original decision and is sure to create compliance challenges for e-retailers on top of the problems they already face, says the National Taxpayers Union Foundation’s Andrew Wilford.

The initial confusion surrounding eligibility for the employee retention credit in the CARES Act was exacerbated by subsequent legislative changes. Navigating those intricacies is necessary to determine eligibility and calculate an accurate ERC, says Ashley Hogsette of Synergi Partners.

The proposed Inflation Reduction Act’s corporate alternative minimum tax base is financial accounting income that does not incorporate the tax code’s favorable exemption and deferral tax incentives for investments in qualified opportunity funds. Alan S. Lederman of Gunster, Yoakley & Stewart, P.A. says this adverse treatment of QOFs arguably is inconsistent with the CAMT’s treatment of similar socially oriented Code incentive programs that are within the Code’s CAMT-creditable general business credit.

When former President Donald Trump’s ex-wife, Ivana Trump, was buried at Trump National Golf Club Bedminster, theories surfaced that the grave’s location could result in tax exemptions. Berkowitz Pollack Brant’s Luke Lucas shares why the golf club doesn’t qualify as a cemetery company and thus is not eligible for those tax breaks.

The health of the US financial markets and investors depends on auditors fulfilling their critical gatekeeping function. While the Sarbanes-Oxley Act led to significant improvement in financial reporting, it didn’t go far enough to ensure auditor independence, says Laura H. Posner of Cohen Milstein. 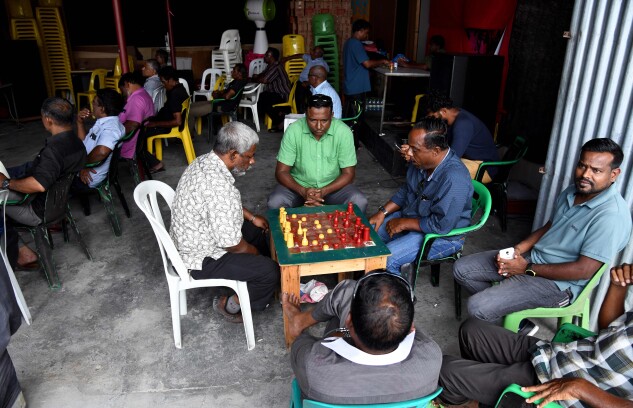 Kumar Visalaksh and Ajitesh Dayal Singh of Economic Laws Practice consider a recent decision of the Supreme Court resolving the question of whether Indian importers are liable to pay tax on ocean freight paid for by a foreign seller.

It appears increasingly doubtful that the 137 countries that supported the OECD’s two-pillar plan for global tax reform in October 2021 will implement it in the foreseeable future. Jeff VanderWolk of Squire Patton Boggs discusses the current state of play.

Argentina’s Tax Planning Information Regime, implemented in October 2020, aims to give tax authorities easy access to information as tax planning is carried out to reduce or eliminate taxes in the country. Baker McKenzie’s Martin Barreiro gives an overview of the regime.

In the latest article in the “In Focus” series, Maria Figueiredo and Tiago Graça of CMS provide an overview of the tax framework in Angola, including incentives for businesses, and consider opportunities for local and foreign investors in the country. A woman plays Chinese chess with her grandson at a local park on May 12, 2021 in Beijing, China.

A tax on financial accounting, or book, income puts Band-Aids on perceived tax flaws instead of fixing them. Congress should simply amend the tax code they created rather than fashion an entirely new system of patchwork, say the University of Wisconsin-Madison’s Fabio Gaertner and the University of North Carolina’s Jeff Hoopes.

Proper estate and succession planning is key to Middle East families’ long-term financial security. However, care must be taken to navigate this relatively new world, Esquire Group’s Jimmy Sexton says in this edition of “A Closer Look.”

Prosecutors in Spain are calling for more than eight years in prison in their tax fraud case against pop star Shakira. The entertainer, now a household name, has denied the charges. What does this mean for those of us who aren’t Grammy-winning superstars? Plenty. When it comes to tax, I explain that residency is important no matter who you are.

The crypto industry has faced a number of challenges over the past few months. Even so, crypto enforcement remains an IRS focus—and more changes are on the way. I take a quick look at what the IRS has done to beef up reporting, as well as what’s coming up.

The idea of a tax holiday during either widespread or sector-specific market disruptions makes sense at first blush. But a tax holiday is bad policy says Bloomberg Tax columnist Andrew Leahey. It decouples the cost of the tax paid from the value that society receives and suggests the tax is unnecessary. Plus, he says, sales tax holidays don’t work.

The accounting world has been shaken up by several high-profile mergers and acquisitions among firms in recent years, reflecting the growing needs of clients.

On this episode of Talking Tax, Bloomberg Tax Reporter Jeffery Leon speaks with Abe Schlisselfeld, senior managing director of CBIZ Marks Paneth, about his experience of overseeing an accounting firm merger, focusing on the challenges faced and lessons learned, as well as sharing advice about how to retain talent and manage major changes.

Our Spotlight series highlights the careers and lives of tax professionals across the globe. This week’s Spotlight is on David Farhat, a tax partner in the Washington office of Skadden, Arps, Slate, Meagher & Flom LLP.

Kristin Bagull has joined Dykema Gossett PLLC as a member of the taxation and estates practice group in Chicago, the firm announced.

Bobby Fischer. Fischer was warned that he would violate American economic sanctions if he played Spassky in Yugoslavia. 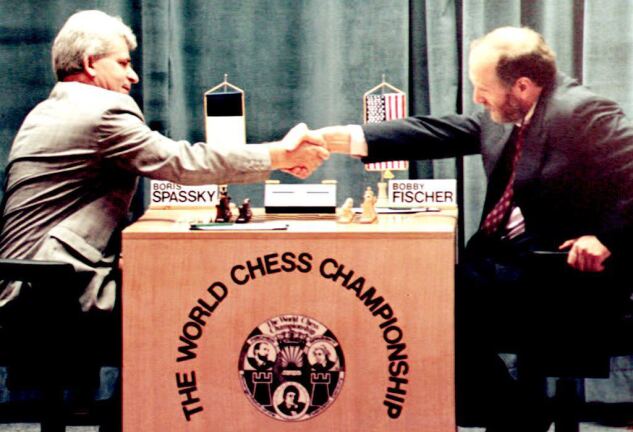 Russian-born chess master Boris Spassky shakes hands with Bobby Fischer at the beginning of their first match in the Hotel Maestral on Sept. 2, 1992, in Sveti Stefan, Yugoslavia.

He went anyway, declaring, “This is my reply to the order not to defend my title here,” before spitting on a letter from the US Treasury Department that warned him he could face a fine of up to $250,000 and/or imprisonment up to 10 years for “trading with the enemy.”

He subsequently was indicted and never returned to the US to face charges.