Grab this anti-aging collagen cream that Kate Hudson and Catherine Zeta Jones love while it's on sale - Yahoo News  ❖  Study: Blue light from TVs, laptops, phones may accelerate aging - UPI News  ❖  VMware Explore 2022: A sharper edge in a multicloud world - TechRepublic  ❖  Is the military researching an 'anti-aging' pill? - We Are The Mighty  ❖  Meet Micro-Coring, the Non-Invasive Anti-Aging Treatment That Gets Rid of Wrinkles and Loose Skin - InStyle  ❖  How the anti-aging industry turns you into a customer for life - Vox.com  ❖  Elon Musk Versus Europe's DSA: Tech's Next Battleground? - Center for European Policy Analysis  ❖  Music artists are making what they’d earn from 1 million streams in ‘2 minutes’ with NFTs. Now they’re turning toward Web3—right alongside Snoop Dogg - Fortune  ❖  The Body Shop Gets Rid of Anti-aging Language - HYPEBAE  ❖  Arkestro brings game theory and machine learning to procurement with $26M investment - TechCrunch 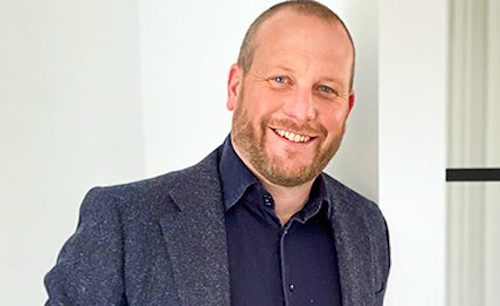 Warner Bros. Discovery (WBD) has made the latest overhaul to its senior management team, this time with repercussions across MENA and EMEA.

Former Discovery exec Jamie Cooke, who was named WBD’s GM for CEE, Baltics, Middle East, Mediterranean and Turkey in June, has outlined his team, with Roni Patel taking on responsibility for managing content licensing for the combined region and the Nordics.

Lee Hobbs is leading the EMEA-wide pay TV channel business, including Discovery Channel, TLC, HGTV and ID brands. Hobbs will also take on responsibility for the new-look EMEA WBD Creative Agency, which will work across content and channel brands.

Elsewhere, Andrei Grigorescu will be responsible for ad-sales for the combined region, while Cristina Valasutean will lead business development and distribution in Romania, Hungary, Czech Republic and Slovakia.

Francesco Perta will be responsible for business development & distribution in MENA and Turkey. Grigory Lavrov leads on trade marketing across the combined region and channel management for TLC and DMAX in Turkey and Fatafeat in the Middle East.

Mabelie Bruijns will be responsible for all communications across the combined region and pay-TV networks business in EMEA.

Cooke said: “I have spent the last few weeks getting to know the key leaders across the combined business and learning as much as I can to make the best decisions for our structure and strategy moving forward. As we have a large and complex region, it’s reassuring to see we have so much talent and skilled people across the board.”

Cooke made no mention of an original programming exec under his purview, reflecting the decision earlier this summer to scrap HBO Max originals from the EMEA region in particular. That was followed by news that deep staff cuts are being made across Europe, including the closure of the originals division led by HBO Max EMEA chief Antony Root, as revealed by TBI.

WBD has been making steady progress unveiling its new-look teams across Europe: earlier this month, the German division’s execs were revealed, with veteran Alberto Horta among those to depart.