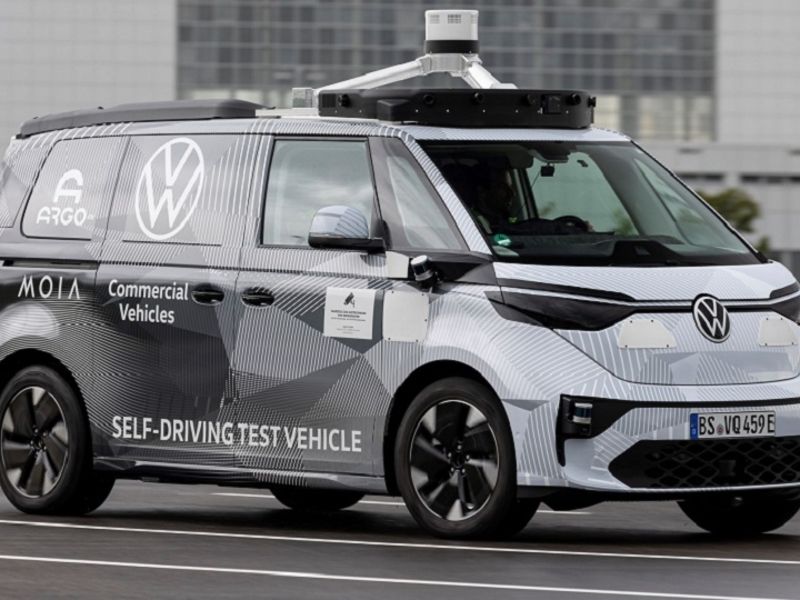 Volkswagen Group’s partner developing self-driving technology is just a few months away from starting to test autonomous vehicles on public roads in Germany.

Argo AI already has the largest test footprint of any autonomous vehicle company, with cars operating in six cities across the U.S., CEO Bryan Salesky said at an event Sunday with his VW counterpart Herbert Diess.

The startup will deploy in Hamburg, Germany, and just opened a test track adjacent to the Munich airport.

“Public road testing is really a few months away,” Salesky said. “We are very close.”

VW and Argo are debuting their test vehicle this week at the Munich auto show, Europe’s first auto forum since before the pandemic.

They will use a special version of the ID Buzz — an electric iteration of the famed microbus VW was known for in the 1960s — equipped with cameras, radar and lidar sensors that detect objects more than 400 meters away.

“Autonomous driving will entirely change our world because it will change how people are going to use this device,” Diess said Sunday.

VW’s CEO recounted how the automaker spent roughly six months several years ago talking with various autonomous vehicle companies it was considering partnering with, including Alphabet’s Waymo, before opting for Argo.

In July 2019, VW announced plans to invest $2.6 billion into the company in a deal that valued the operation at more than $7 billion. “They had, for me, the clearest concepts, the clearest way forward, the best team,” Diess said of Argo.

Argo recently announced a deal with its other automaking partner, Ford, and ride-hailing company Lyft that valued Argo at $12.4 billion, people familiar with the arrangement said at the time. The company has been working with investment bankers on a private financing round and has considered going public as early as this year.

VW plans to deploy a driverless service with the ID Buzz in Hamburg that will transport both people and goods in 2025. Salesky said VW and Argo have been working closely on both mechanical and software systems to control braking, throttle and the high-powered computer that will control their vehicles.

“We get to work hand-in-hand with your product-development team — there are no walls between us, it’s very transparent — and we talk through exactly what the right way is to integrate this technology together,” Salesky said to Diess.

“Other partnerships, people are getting shipped cars, they tear them down, they build them up again with the tech, and they do not really know what they have done as a result.”