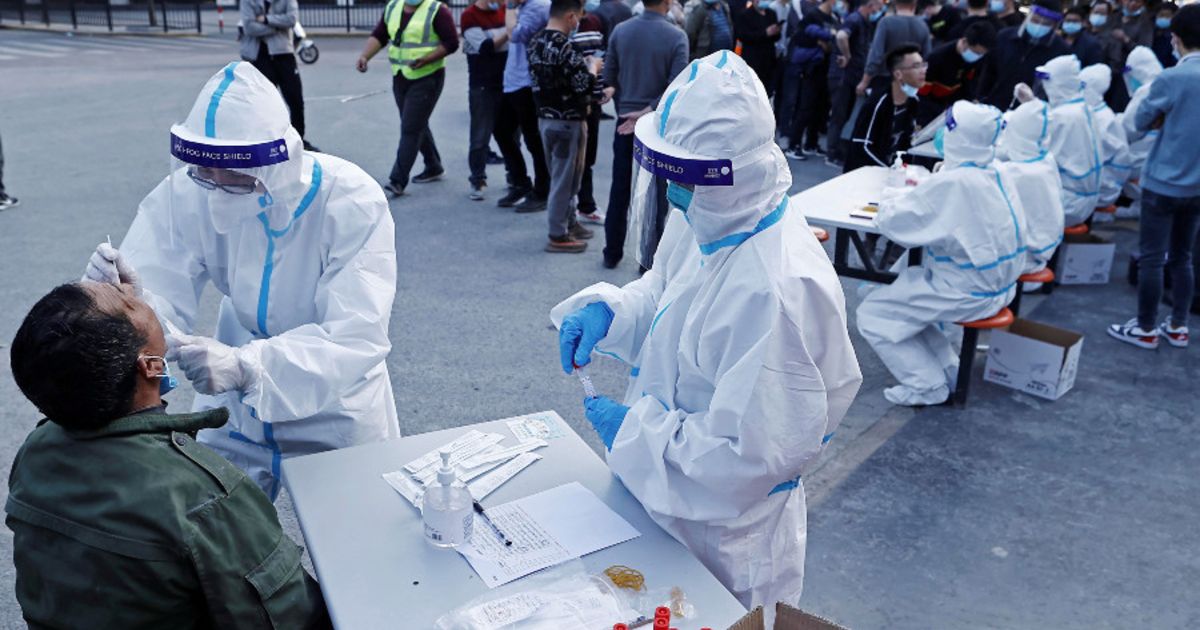 Toyota said on Monday its joint venture with China’s FAW Group had suspended production in Changchun, while its Tianjin city operations remained unaffected.

VW, which also has a joint venture with FAW, said it had suspended production at its vehicle and component plants from Monday to Wednesday. FAW, which is headquartered in Changchun, did not respond to a request for comment.

Multiple Chinese provinces and cities have tightened restrictions in line with Beijing’s zero-tolerance goal of suppressing contagion as quickly as possible, among them the southern Chinese tech hub of Shenzhen.

Shenzhen, China’s Silicon Valley, is carrying out mass testing after dozens of new local cases were recorded. Officials have suspended public transport and urged people to work at home this week as much as possible.

China has reported more local symptomatic COVID-19 cases so far this year than it recorded in all of 2021.

Foxconn said its Shenzhen operations would be suspended until further notice, adding it would deploy backup plants to reduce disruption.

Two sources familiar with the matter told Reuters that Foxconn and its subsidiaries’ operations in Shenzhen would be suspended for the first half of the week.

One of the people said the government was allowing companies to operate if they could create a “closed management” system where employees would live and work in a bubble. Such a system was in place during the Beijing Winter Olympics.

Sunflex said its plant would be closed until Sunday.

Paul Weedman, who runs manufacturing consultancy Victure Industrial in Shenzhen, warned that the restrictions were having a ripple effect beyond Shenzhen to the wider Guangdong province.

Production for some of his customers’ orders have been suspended, and many factory visits cancelled, he said.

“Imagine you have a factory of 100 people and all of a sudden you can’t do anything – you can’t fulfil your existing orders, you can’t accept new orders. The impact is not 2 or 3 weeks, but 3-6 months.”

Shenzhen’s Yantian International Container Terminal, one of China’s busiest ports, said in a WeChat statement it was operating normally, although two companies with warehouses at the port said they needed to temporarily suspend operations.

Cities have enacted restrictions to varying extents. Officials have locked down Changchun city, the capital of northeastern Jilin province, shut schools in the financial hub of Shanghai and suspended public transport in the manufacturing center of Dongguan.

A factory owner in Dongguan, who gave his surname as Lau, said his plant was forced to shut down from Sunday until Tuesday. They were also experiencing some issues in obtaining materials from suppliers due to the virus restrictions, he added.

“Hopefully, they will let us carry on with the production soon,” he said. “There’s not much we can do. The whole world has moved on, except for China. They should just let go of the zero-COVID strategy.”