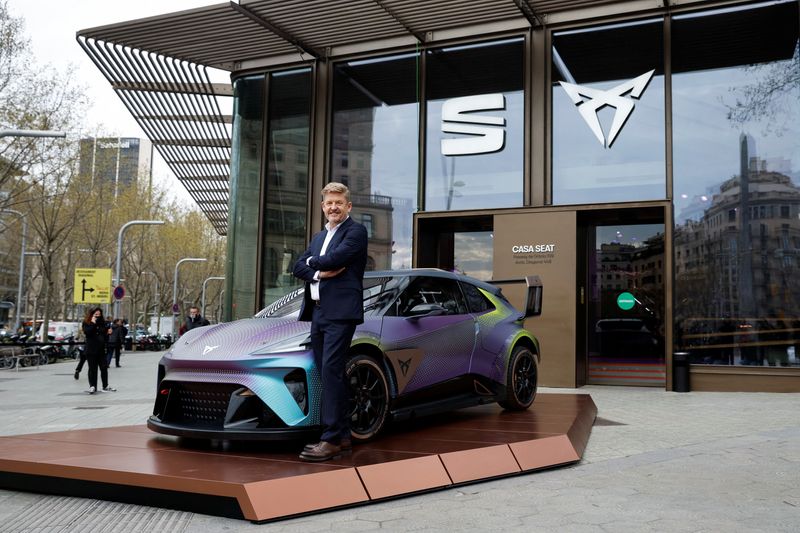 BARCELONA (Reuters) – Volkswagen has picked a site near Valencia for a planned battery cell plant in Spain, which could include U.S. carmaker Ford as a customer or partner, but the project depends on receiving government funds, it said on Wednesday.

The German carmaker aims to begin series production at the 40 gigawatt-hour (GWh) plant by 2026, meaning construction would need to start this year.

Spain, Europe’s largest carmaker after Germany, last week launched a bidding process for around 3 billion euros ($3.3 billion) – around half in grants – to promote electric vehicle (EV) production, with Volkswagen and its Spanish unit SEAT readying a bid. Winners will be chosen this year.

If it does not receive PERTE funds – as the programme, consisting mostly of European Union pandemic relief funds, is called – the plant “wouldn’t be competitive” and Volkswagen would look at alternatives, SEAT’s chairman Wayne Griffiths told Reuters.

“The European funds allow us to do a lot of things in Spain that probably would not have been done as early … it has pulled ahead the decision on electrification for instance by about 10 years,” he said.

Volkswagen said it would invest, with suppliers, over 7 billion euros ($7.7 billion) in the plant and in starting EV production at two Spanish factories.

Automakers are racing to build battery plants to power their growing electric fleets, with a focus among European carmakers on reducing dependence on Asia.

Partners for the Spanish plant have not been chosen, but the planned location of Sagunto is close to a Ford production site.

Asked if Ford could be a customer or have a stake in the plant, SEAT’s chairman said both were possibilities.

A Ford spokesperson in Spain said it was evaluating its European production amid growing demand for EVs and had not decided whether to apply for PERTE aid.

Ford does not currently make EVs in Valencia. It announced last week seven new electric models for Europe and a battery-assembly site in Germany, deepening an existing partnership with Volkswagen to produce a second EV for the European market based on the German firm’s platform.