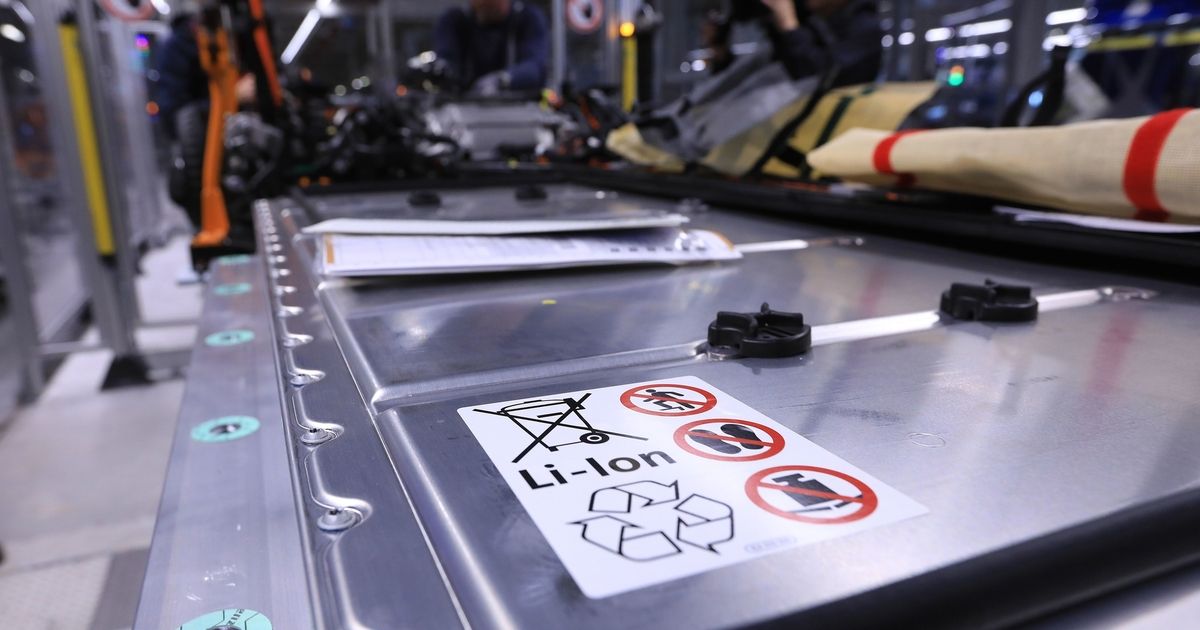 MUNICH — The EU deal to phase out combustion engine cars in just over 12 years is challenging, but a more daunting obstacle will be making enough batteries to power the electric cars needed as a result Volkswagen Group’s Chief Financial Officer, Arno Antlitz, said.

The comment came after EU countries clinched deals on proposed laws to combat climate change early on Wednesday, including one requiring new cars sold in the EU to emit zero CO2 from 2035.

That would make it impossible to sell internal-combustion engine cars.

The European Commission had first proposed the package last summer, aimed at slashing planet-warming emissions this decade, but the deal overnight makes it likely that the proposal will become EU law.

Volkswagen has said it will stop selling combustion engine cars in the region by the target, but some automakers further behind in the race to develop EVs such as Toyota may struggle to meet the target. The Japanese automaker declined to comment on Wednesday.

Major automakers have been racing to secure battery cell supplies but finding enough battery raw materials may be a bigger problem.

Stellantis CEO Carlos Tavares said last month that he expects a shortage of EV batteries will hit the auto industry in 2024-2025 as manufacturers try to ramp up electric vehicle sales while still building new battery factories.

The agreement in Luxembourg came after more than 16 hours of negotiations, with Italy, Slovakia and other states wanting the phase-out delayed to 2040.

Countries eventually backed a compromise which kept the 2035 target and asked Brussels to assess in 2026 whether hybrid vehicles could comply with the goal.

The 2035 proposal is designed so that in theory, any type of car technology such as hybrids or cars running on sustainable fuels could comply with it, as long as it means the car has no carbon dioxide emissions.

The Commission’s 2026 review would assess what technological advances have been made in hybrid cars to see if they can comply with the 2035 goal.