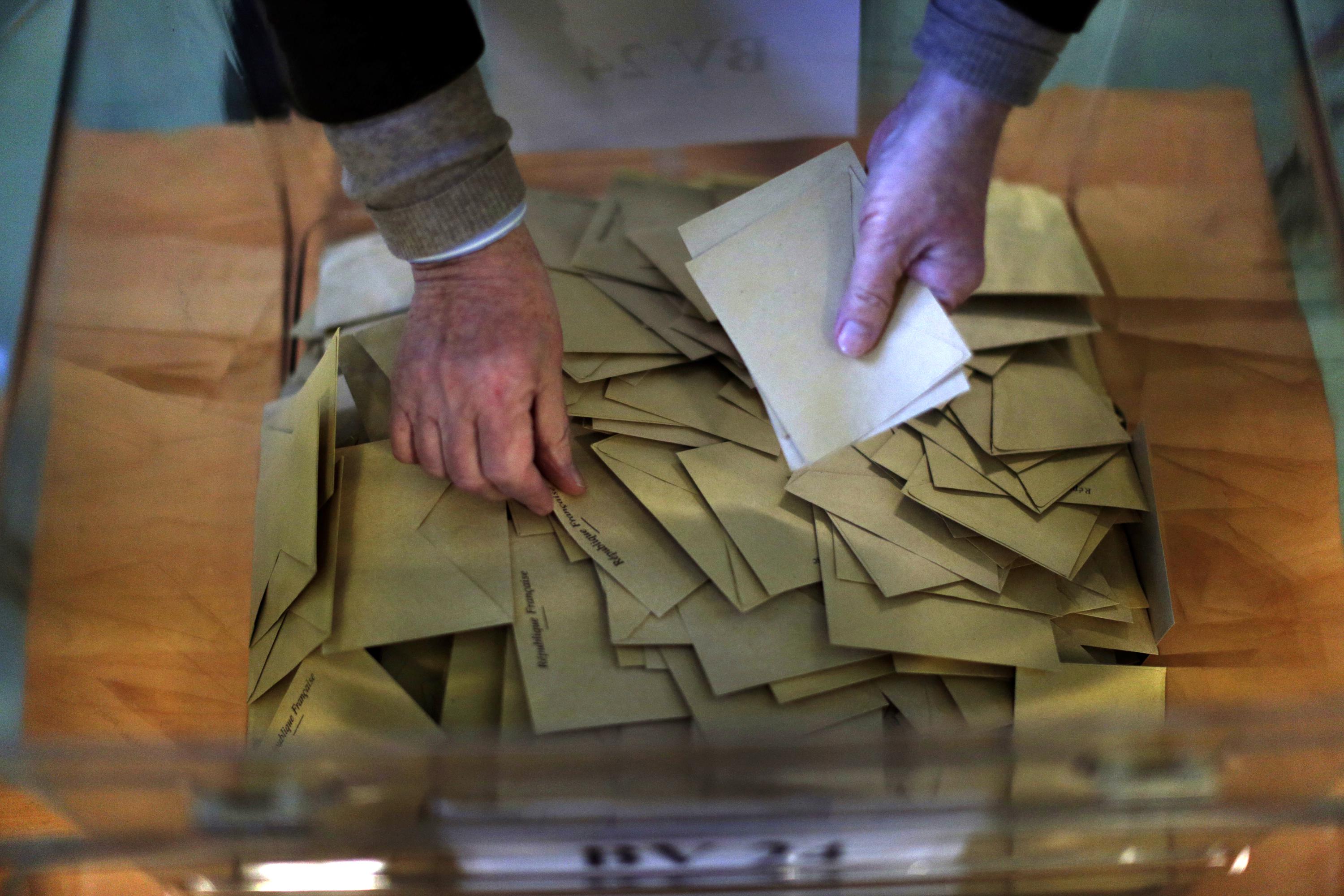 PARIS (AP) — French voters in Sunday’s presidential election will use the same system that’s been used for generations: paper ballots that are cast in person and counted by hand. Despite periodic calls for more flexibility or modernization, France doesn’t do mail-in voting, early voting or use voting machines en masse like the United States.

President Emmanuel Macron is the front-runner, though he is facing a tough challenge from far-right leader Marine Le Pen and voter uncertainty: An unprecedented proportion of people told pollsters in recent days that they were unsure who they would vote for or whether they would vote at all.

Voters must be at least 18 years old. About 48.7 million French are registered on the electoral rolls of the place where they live.

Voters make their choices in a booth, with the curtains closed, then place their ballot in an envelope that is then put into a transparent ballot box. They must show photo identification and sign a document, next to their name, to complete the process.

Volunteers count the ballots one by one. Officials will then use state-run software to register and report results.

But legally only the paper counts. If a result is challenged, the paper ballots are recounted manually.

People who can’t go to the polls for various reasons can authorize someone else to vote for them.

To do so, a voter must fill out a form ahead of time and bring it to a police station. A person can be the proxy of no more than one voter living in France — and potentially one additional person living abroad.

Up to 7% of people voted by proxy in the last presidential election five years ago.

Mail-in voting was banned in 1975 amid fears of potential fraud.

Machine-voting was allowed as an experiment starting in 2002, but the purchase of new machines has been frozen since 2008 due to security concerns. Only a few dozen towns still use them.

Last year, Macron’s centrist government tried to pass an amendment to allow early voting by machine to encourage electoral participation amid the COVID-19 pandemic. The Senate, led by a conservative majority, rejected the measure, arguing it was announced with too little notice and was not solid enough legally.

Most COVID-19 restrictions have been lifted in the country. Though the number of cases is significantly lower than earlier this year, infections have been creeping up again for several weeks, reaching over 130,000 new confirmed cases each day.

People who test positive for the virus can go to the polls. They are strongly advised to wear a mask and follow other health guidelines.

Voters can wash their hands at polling stations, which will also have hand sanitizer available. Equipment will be frequently cleaned. Each voting station will let fresh air in for at least 10 minutes every hour.

In theory, someone could win outright by garnering more than 50% of the vote in the first round, but that has never happened in France.

In practice, the two top contenders qualify for a runoff, with the winner chosen on April 24.

Follow the AP’s coverage of the French election at https://apnews.com/hub/french-election-2022