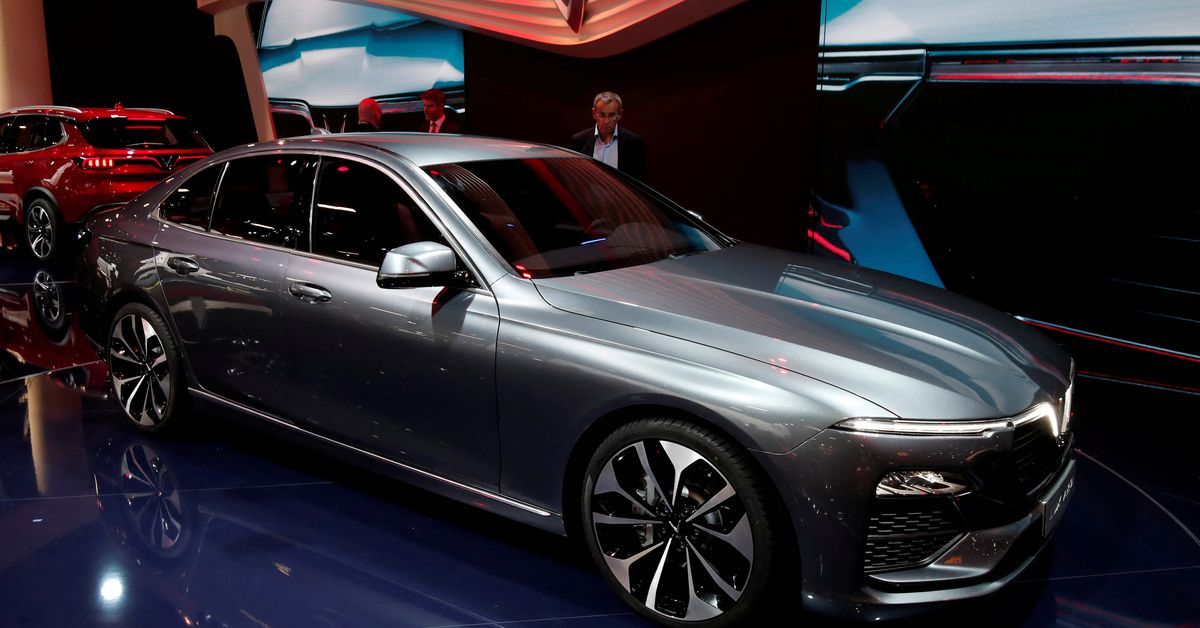 The VinFast LUX A2.0 is seen at t is seen during the first press day of the Paris auto show, in Paris, France, October 2, 2018. REUTERS/Benoit Tessier

HANOI, Dec 12 (Reuters) – Vietnam’s biggest conglomerate Vingroup (VIC.HM) said on Sunday it had started building a $174 million battery cell plant for its VinFast electric vehicles business so the company can own its battery supply chain.

VinFast became the country’s first fully fledged domestic car manufacturer when its gasoline-powered models built under its own badge hit the streets in 2019.

It is betting on the U.S. market, where its electric SUVs and a battery leasing model are expected to make their debut next year.

In October, the Ha Tinh local authorities said plant was expected to be a $387 million investment and on a 12.6 hectare plot.

“This is in the focus of VinFast’s localisation strategy of supply,” said Thai Thi Thanh Hai, vice chair of Vingroup and vice-chair of the board of VinFast.

“The strategy enables us to own our supply chain of batteries and parts.”

The company said it is looking to produce 100,000 battery packs per year in a first phase and then upgrade its capacity to one million.

It did not elaborate on the project’s time frame in detail but based on the October’s report, the project would run at full capacity from 2025.

VinFast is working with a variety of partners for batteries, including StoreDot, Gotion High-Tech and ProLogium and is also focusing on internal R&D and is establishing research facilities to develop battery and charging technologies, the company has previously said in an emailed statement to Reuters.

Last week, Vingroup said it was looking to list in the United States in the second half of next year. read more