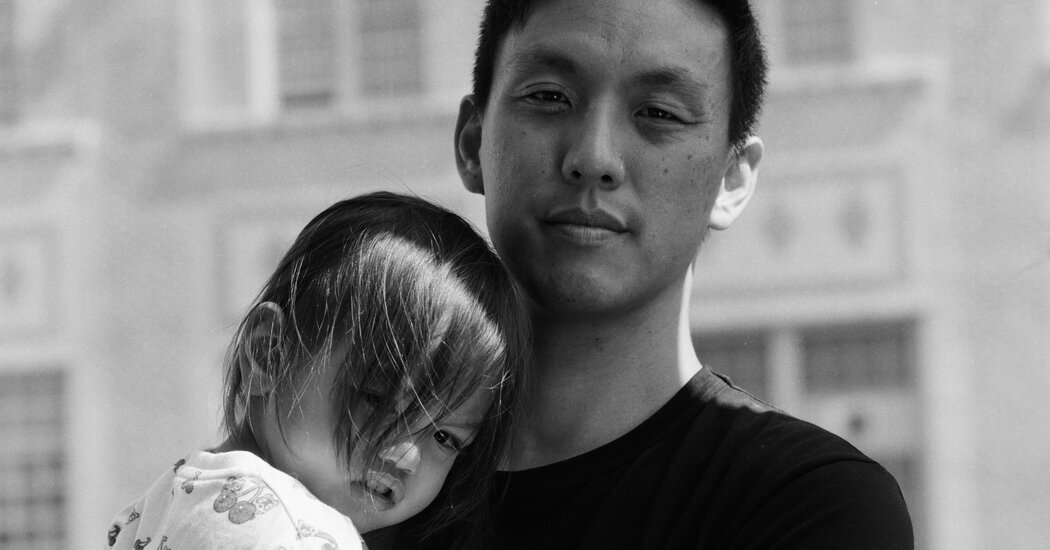 Ian Cheng was feeling adrift. It was the start of 2013; he was nearly 30, with an art degree from Berkeley and another from Columbia, but he needed an idea, something to build a career on. Pondering the question one wintry afternoon in the balcony cafe at the Whole Foods Market on Houston Street, a place that promises people-watching and “you time,” he found himself gazing absently at the shoppers below.

He grew increasingly transfixed. The market was its own little ecosystem, with clear-cut rules but elements of chance thrown in. Somebody’s dog that wouldn’t behave. A guy sneaking food from the salad bar. People doubling back to get a plate. An idea began to form in Cheng’s head, an idea that drew on his other major at Berkeley, in cognitive science. His thoughts ran to complex systems. Emergent behavior. And what if a video game engine could …

Today, eight years later, Cheng is an internationally known artist who has used artificial intelligence and video game technology to explore such themes as the nature of human consciousness and a future in which we coexist with intelligent machines.

That future is precisely the subject of his latest work, a 48-minute “narrative animation” — please don’t call it a film — currently being shown at Luma Arles, the new art park in the south of France. On Sept. 10 it also goes on view at the Shed in New York. Somewhat cryptically titled “Life After BOB: The Chalice Study,” it is a commentary on the potential of A.I. to mess up your life.

Cheng followers will recognize BOB from earlier exhibitions at Gladstone Gallery in Chelsea and the Serpentine Galleries in London. That BOB was a virtual creature, an artificial intelligence whose name stands for “Bag of Beliefs” — a subtle dig, perhaps, at early A.I. researchers who thought they could program a computer with everything it needed to know. His new work is the story of a 10-year-old girl named Chalice and her father, Dr. Wong, who invented BOB and implanted it in her nervous system at birth to guide her as she grows up.

Like the rest of Cheng’s work, “Life After BOB” is brainy, tech-focused and informed by cognitive psychology, neuroscience, machine learning and A.I. — concepts like deep learning and artificial neural networks, which underlie the advances that have given us Siri and Alexa and facial recognition software. “He’s one of the most radical artists working with digital technology today,” said Hans Ulrich Obrist, artistic director of the Serpentine. Alex Poots, artistic director of the Shed, concurred: “It’s not like it’s an add-on — technology is in the DNA of the work.”

Cheng himself is a quietly intense 37-year-old who grew up in Los Angeles, the only child of émigrés from Hong Kong who worked in graphic design. He and his wife, the artist Rachel Rose, were expecting their first child when he started developing “Life After BOB” a couple of years ago. The anxiety this produced turned out to be pivotal, he explained when we met for coffee near their Lower East Side loft.

“I just thought, what would be the thing I could do that would make me the worst possible dad?” The answer, he decided, would be to conflate his work with his parenting. “And that’s the main error of Dr. Wong,” Cheng said. “He thinks giving her a BOB at birth will help her arrive at, not just a successful, but a satisfying and meaningful life.” So Dr. Wong conducts the Chalice study, an A.I. experiment with his daughter as the guinea pig. Ultimately (spoiler alert), Chalice herself has to decide whether to take control of her life.

There’s a direct line from Cheng’s Whole Foods epiphany to “Life After BOB,” starting with a series of works that bore some variation of the title “Entropy Wrangler” and were made using Unity, a software “engine” designed to simplify the task of video game development. Unity enabled him to simulate the kind of behavior he’d seen unfolding at Whole Foods — except that instead of people wandering around a market, now he was able to throw together potted plants, cinder blocks, a disembodied hand, a broken-down office chair, and assorted other stuff in a state of constant, endless, frenetic motion, never stopping, never looping back. “Entropy Wrangler” was a real-time animation in which the same thing never happened twice.

Later Cheng introduced characters into his animations, and gave them an objective. The first of this series, “Emissary in the Squat of Gods,” centers on a young girl who lives in a primitive community on the slopes of a long-dormant volcano. She realizes that the volcano might be about to blow — but will the villagers pay heed? (Sometimes they do, and sometimes they don’t.)

Cheng could have engaged with such questions as a cognitive scientist, but he had no interest in an academic career. “I think of art as a zone of permission,” he once said. “The one zone in culture where you can explore the present and cannibalize the past with relatively little oversight.” This put him in a much more exclusive group: “He’s now one of the great artists of his generation, doing work that’s unlike anyone else,” said the video and performance artist Paul Chan, who employed him as an assistant early on.

With “Entropy Wrangler” and his “Emissary” series, Cheng created artworks that might do something unexpected in response to interactions he set in motion — that have what cognitive scientists call emergent qualities. His next work, “BOB,” was not merely unpredictable in this way but arguably sentient: a quasi-intelligent computer program that assumed physical form as an enormous, red, ever-changing, snakelike creature behind a wall of glass. There was not just one BOB but several, and when they debuted at the Serpentine in 2018, visitors had radically different experiences.

Some found a particular BOB to be charming and personable. Other people it would ignore or forget. “The gallery was something of an animal sanctuary,” Obrist recalled. “The BOBs were alive and growing at all hours of the day.” And then, “about a week into the BOB show, we got a phone call in the middle of the night.” The creatures were supposed to sleep when the galleries were closed, but one of them had gotten up at 3 in the morning. The code was corrected; it never happened again. But still.

“Life After BOB,” the work that will be shown at the Shed in September, in a show organized by the chief curator Emma Enderby, is conventional by comparison. It has human-type characters, an A.I. character that’s just a cartoon, and a beginning, middle and end. It also benefits from Cheng’s latest interest, something he refers to as “worlding.” People in the entertainment business call it world-building — creating elaborate settings for open-ended stories that fans can immerse themselves in. The Marvel Cinematic Universe. “Westworld.”

Unlike his earlier works, “Life After BOB” does not exhibit emergent behavior. The animation is live, in that the game engine generates it afresh for every viewing. But it follows the same script unless Cheng rewrites it (which he does, frequently). The innovation comes after visitors have watched it, when they can turn to another screen behind them and explore Chalice’s world with their smartphones. They can do many of the things you can do with a TV remote — pause, rewind, review scenes — but because the animation is being generated in real time rather than being played back like a video, they can also click on an object, change camera angles and zoom in to explore it in detail.

This was inspired by the reaction Cheng got when he read Eric Carle’s “The Very Hungry Caterpillar,” the classic children’s picture book, to his now 2-year-old daughter Eden — the little girl who had not yet been born when he started this work. “She knows the story inside and out,” he said. “And now when she looks at it, she goes to the caterpillar on the tree and she goes, ‘Daddy, Eden go in! Eden go in!’ She wants to go into the tree. The caterpillar eats a little hole in the apple, and she wants to go into the apple. It’s like she wants to immerse herself in the details of the world because she’s already metabolized the story.”

These exchanges with his daughter brought back a flood of memories. “That’s how I felt when I was a kid and I watched ‘Alien’ or ‘Blade Runner.’ Oh my gosh — you want to live in that world because there’s so much there.” It’s as if you watched the movie in two dimensions, x and y, he went on, “and now you want to go in on the z axis — you want to jump into the film. And like, she articulated it for me.”

That’s not possible with a book, of course. The best Cheng can do is touch the apple in the book and then touch his daughter’s forehead. Even that makes her giggle with delight. “But I thought, wow, if I could give that to my daughter? ’Cause her imagination’s there” — if only the technology were, too.

Frank Rose is the author of “The Sea We Swim In: How Stories Work in a Data-Driven World.”