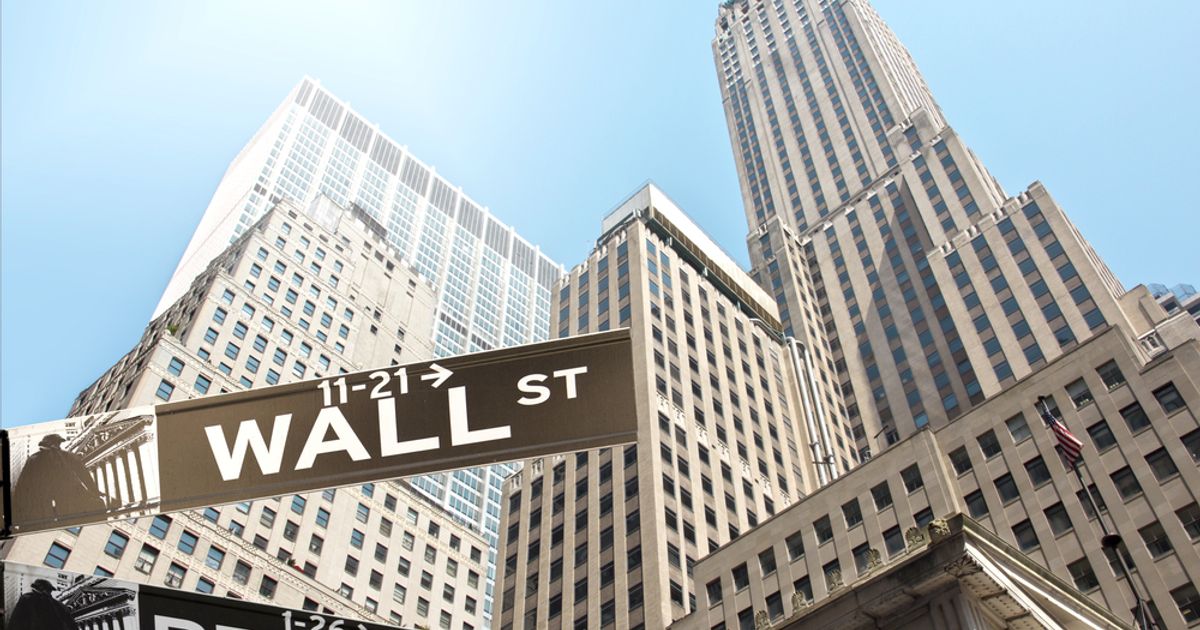 The relative lack of movement could be a sign of investors waiting on Friday’s jobs report. Economists project that roughly 250,000 jobs were added in July, which would be lower than 372,000 in June, according to media reports. The jobless rate is forecast to remain unchanged at 3.6%, according to FactSet.

“I would certainly consider today one of those wait-and-see days while we wait for the most important piece of data that comes out this week,” said Art Hogan, chief market strategist at B. Riley Financial, as reported by CNBC.

12.05pm: US stocks finding it harder to maintain strong run

Two of the major US indices were in bear territory at midday, as the market reviewed US jobless claims – plus Walmart’s news of laying off hundreds of corporate roles – and as gold continues to weather economic uncertainty.

Edward Moya, senior market analyst for the Americas with OANDA, said it’s not surprising to hear that Walmart is reducing its staff.

“Layoff announcements seem to be a growing theme across corporate America but as long as the number of job openings remains roughly 50% above pre-pandemic levels, the Fed’s fight against inflation won’t ease up,” Moya said.

Moya noted that gold is rallying as The Street has become absorbed with an economic slowdown globally, “that will get much worse by year end.”

Chris Beauchamp, chief market analyst with IG, said that, “Despite Wednesday’s bounce, stocks are finding it hard to maintain their recent strong run.”

He added that, after a solid earnings season so far, the sheer number and profile of those stocks reporting are beginning to decline.

“Fundamentally, the dip buying over the past month has been valuation-based, and with earnings estimates for coming quarters still heading lower stocks are rapidly running out of room for more gains,” Beauchamp said.

At midday, the major movers included online marketplace operator MercadoLibre, up over 15% on strong earnings results on Wednesday, and human resources software provider Ceridian, up over 9%, also on a strong 2Q earnings report which beat analyst estimates.

Also at midday, DXC Technology was down 18%, following the IT services provider’s report of lower-than-expected earnings results for the first quarter of fiscal 2023. Cybersecurity firm Fortinet, despite delivering positive earnings for 2Q, dropped 17% on cuts to its service revenue guidance.

The US initial jobless claims were 260,000 last week, near the highest level since November, in line with estimates but still a gain of 6,000 from the previous week’s downwardly revised level, the Labor Department said.

The jobless claims number comes a day before the Bureau of Labor Statistics releases its much anticipated non-farm payrolls report for July which is expected to show the US economy added 258,000 positions in the month, compared with the 372,000 initial June estimate and the lowest total since December 2020.

In other economic news on Thursday, the US trade deficit in goods and services decreased to $79.6 billion in June, down $5.3 billion and slightly lower than the estimate for $80 billion.

The main indexes on Wall Street remained mixed after the data, with the Dow Jones Industrial Average down 52 points, or 0.2% at 32,760, while the S&P 500 was flat and the tech-heavy Nasdaq Composite added 0.3%.

US stocks opened mixed as investor focus has turned to the latest non-farm payrolls data due out on Friday.

The tech-heavy Nasdaq Composite, on the other hand, had gained 30 points at 12,699 points.

US-listed shares of Alibaba Group Holding Limited were up about 3% at the open after the Chinese e-commerce giant posted a 1Q revenue beat but flat year-over-year growth.

Forex.com market analyst Matt Weller wrote in a note that the leading indicators were pointing to a slightly below expectations non-farm payrolls data reading tomorrow, with headline job growth expected to be somewhere in the 150,000 to 250,000 range.

“If the report meets these expectations, it would be the slowest net jobs growth since December 2020’s outright decline of 227,000 jobs,” he wrote.

Weller also noted with other measures of inflation still elevated that traders would be looking for signs that wages were continuing to rise, with average hourly earnings projected to rise by 0.3% month-over-month in line with the previous month’s reading.

US stocks were expected to open slightly higher on Thursday with attention turning to the US non-farm payrolls data due out tomorrow for clues on how the economy is faring amid rising prices and interest rates.

Futures for the Dow Jones Industrial Average were trading 0.1% higher pre-market, while those for the broader S&P 500 index gained 0.2%, and contracts for the tech-laden Nasdaq-100 rose 0.3%.

On Wednesday, US stocks got a lift from stronger services sector data from the Institute for Supply Management and some of that cheer is expected to be felt again, especially if economic data continues to show strength. Investors will also be looking to further comments from US rate-setters for direction.

“We’re seeing a little more positivity in the markets after another lively week and there’s still plenty to come as we get closer to the weekend,” said Craig Erlam, Senior Market Analyst, UK & EMEA, OANDA. “Fed officials have been out in force again; this time with a focus on market expectations of a swift reversal from rate hikes to cuts early next year.”

Whether those expectations are reasonable will be borne out by upcoming data such as the latest weekly jobless claims today, adding focus to the pivotal non-farm payrolls data for July due out on Friday.

Saxo Bank’s Head of Equity Strategy, Peter Garnry, meanwhile, noted that Cleveland Fed President Loretta Mester‘s comments on Wednesday that inflation may not have peaked have had an impact on markets.

“Mester’s comments yesterday lifted the entire US yield curve which surprisingly did little damage to equities with S&P 500 futures closing just below the 4,100 level and already today US equity futures are moving higher again suggesting momentum maybe has more leg,” he said.

Mester is due to speak again today and her words will likely be scrutinised further. The big question is whether inflation has indeed peaked and how many more rate increases would be needed to keep a lid on price pressures.

The ongoing earnings season will also dictate market direction with the likes of ConocoPhillips,  Eli Lilly, Kellogg, Alibaba due to report earnings today.

Elsewhere, US House Speaker Nancy Pelosi’s visit to Taiwan will likely speed up deglobalization in the coming years, causing a huge adjustment to the global economy, warned Saxo’s Garnry.

“Immediately after the visit China forced CATL( Contemporary Amperex Technology Co. Ltd.) to halt its $5bn battery plant in North America which was supposed to supply Tesla and Ford in their EV push. In consumer electronics, Motorola has pulled the launch of two products in the developed world and China has halted export of natural sand to Taiwan which is a key ingredient for semiconductor manufacturing,” he said. “These moves show that China is retaliating and it wants to impact the US where it hurts.”

These developments suggest worries about pressure prices are here to stay, he added.