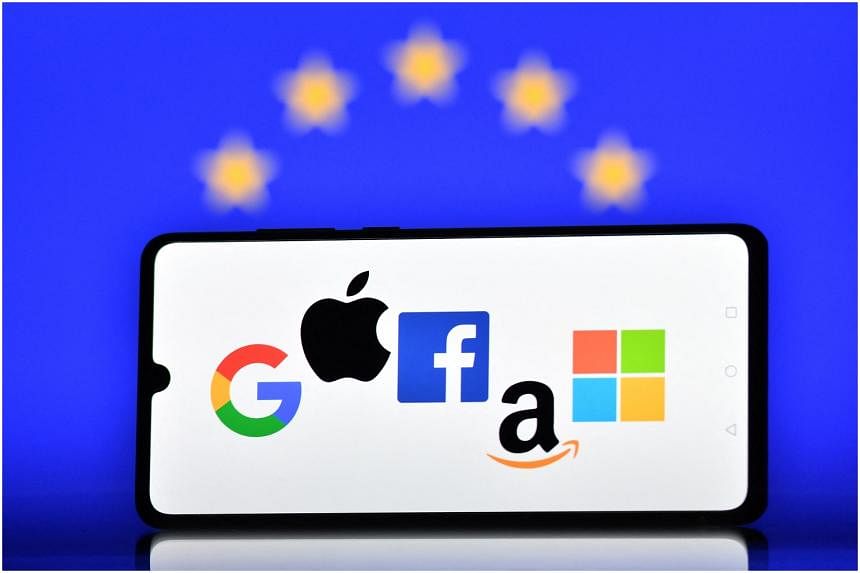 NEW YORK (BLOOMBERG) – United States anti-trust chiefs voiced support for an American crackdown on gatekeeper tech giants a week after the European Union reached a deal reining in the likes of Google and Meta Platforms.

Mr Jonathan Kanter, the head of the Justice Department’s anti-trust division, speaking during a conference in Brussels Thursday (March 31), said acquisitions of nascent rivals by larger players should be closely scrutinised because such deals over time risk weakening competition in the economy.

“The plain text of our merger laws in the US demand that we have aggressive enforcement against acquisitions by firms that already possess a dominant position,” Mr Kanter said.

The US has lagged Europe in creating a tougher environment for digital behemoths. Last week, the EU agreed on a sweeping slate of rules on how tech giants can operate in the bloc known as the Digital Markets Act. US Federal Trade Commission chair Lina Khan called the law “a landmark proposal to promote fair access to markets controlled by digital gatekeepers”.

In Washington, the Justice Department has thrown its support behind a bill that would bar major technology platforms like Alphabet’s Google and Amazon.com from giving preferential treatment to their own products at the expense of competitors. Bipartisan agreement about the need for stronger anti-trust enforcement against giant platforms “reflects a mandate for decisive action”, Mr Kanter said, even as the US remains politically polarised.

Ms Khan added that tech giants should be prevented from unlawfully dominating emerging technologies like voice assistance, cloud computing, and virtual reality. She noted that traditional merger rules fail to capture the harms of digital monopoly power, a stance she has voiced throughout her career.

Mr Kanter and Ms Khan spoke alongside some of their European counterparts, including EU anti-trust chief Margrethe Vestager and Mr Andreas Mundt, president of Germany’s competition regulator. Mr Mundt announced that Apple, Meta Platforms, and Amazon, could all be subject to new scrutiny in his country.

Mr Kanter and Ms Khan both commented on the rapidly growing political appetite for anti-trust enforcement in the US.

“There’s more alignment than I’ve ever seen in my lifetime with respect to the need for anti-trust and competition law enforcement globally,” Mr Kanter said.

Meanwhile, Ms Vestager said on Thursday that EU regulators are looking to update rules, which target companies abusing their market power and those setting up illegal cartels, to make them more efficient .

Under the rules, known as Regulation 1/2003 and in force since 2004, the European Commission has taken on Google, Apple, Amazon, Meta , Microsoft and Intel and imposed billions of euros in fines.

The rules have also allowed the EU competition enforcer to go after car parts cartels, banks’ manipulation of financial benchmarks and other illegal price-fixing groups, putting the EU agency in the forefront of anti-trust enforcement.