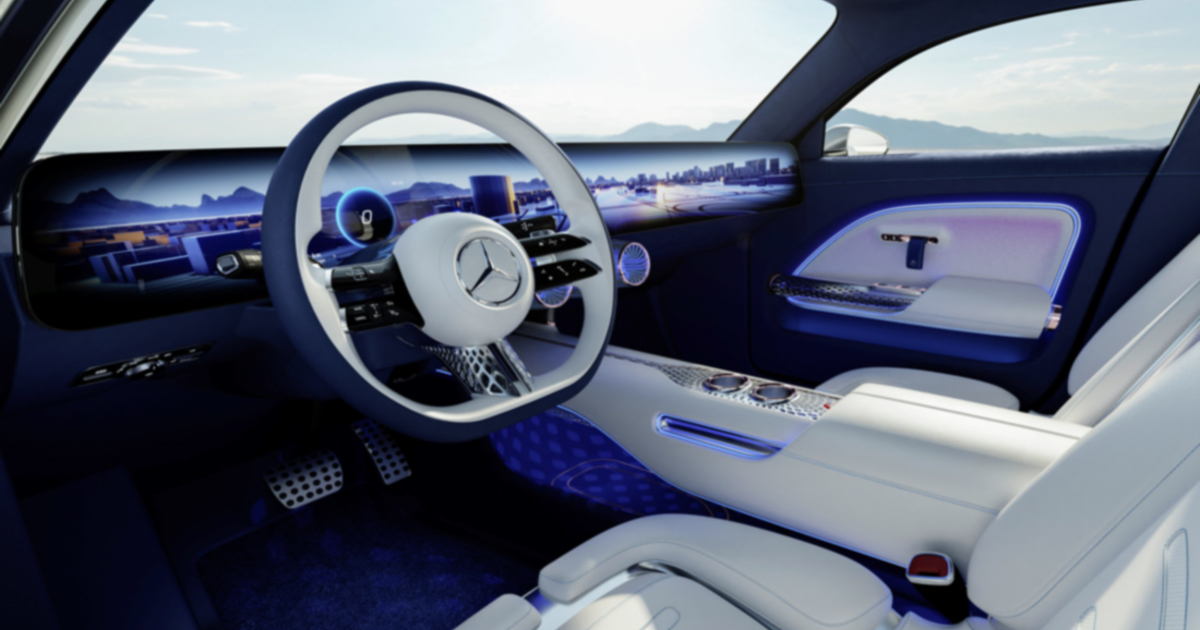 The infotainment domain is an essential component of the German automaker’s plan to broaden its digital offerings. Mercedes’ current infotainment platform, MBUX, was co-developed by Daimler and Luxoft, a unit of DXC Technology.

“With our own operating system, we want to achieve three key things: to shape the user interface according to a luxury brand, to create a bidirectional communication with the customer and to integrate the digital lifestyle of the customer into the vehicle domain,” Magnus Östberg, chief software officer for Mercedes-Benz, told Automotive News in an email.

Unity is providing the development platform and the runtime architecture that will power all of Mercedes-Benz’s in-vehicle experiences with MB.OS. The company claims a dominant position in the gaming world. Unity says it powers 70 percent of all mobile games on the market and the majority of augmented and virtual reality technologies.

Mercedes-Benz’s developers will use Unity Industrial Collection, the tech company’s 3D product visualization software bundle, to create the user interface and user experience designs for the entire digital cockpit, including the instrument cluster and media and passenger displays, across the vehicle lineup.

“This expertise allows us also to make it such that these experiences are optimized for the hardware that runs in the vehicle,” he said.

Unity and Mercedes-Benz began collaborating five years ago on real-time 3D experiences in the automaker’s research prototype vehicles, including the Vision EQXX concept that was unveiled at CES in Las Vegas in January.

Unity’s real-time 3D development platform will build on ideas showcased in the EQXX to offer in-vehicle experiences, including 3D avatars that serve as virtual assistants and 3D maps for richer navigation. The system also will provide augmented reality-enhanced experiences and artificial intelligence that adjusts vehicle settings and behaviors to user habits and preferences.

“Interaction between humans and vehicles is increasingly based on voice assistants, touchscreens, and smart surfaces,” Östberg said.

Mercedes-Benz sees the auto industry moving toward a highly responsive, intelligent and software-driven future in which vehicles anticipate the needs of the occupants, communicating with them in real time through an immersive 3D style, he said.

“We will see entirely new visualizations powered by our Unity 3D-Game Engine, creating an extremely realistic representation of the real world,” Östberg said. “This is what we call ‘digital luxury.’ ”

Having some early versions of in-vehicle entertainment come to reality in Mercedes-Benz production vehicles enabled the tech company to learn how its vision plays out commercially while navigating dynamics such as privacy issues, ads and the ability to play mobile games, Rhodes said.

“It’s a way for us to grab hold of an innovator, but also somebody who’s making these visionary things practical and allows us to make sure that we’re developing the right products and services to support that,” Rhodes said.