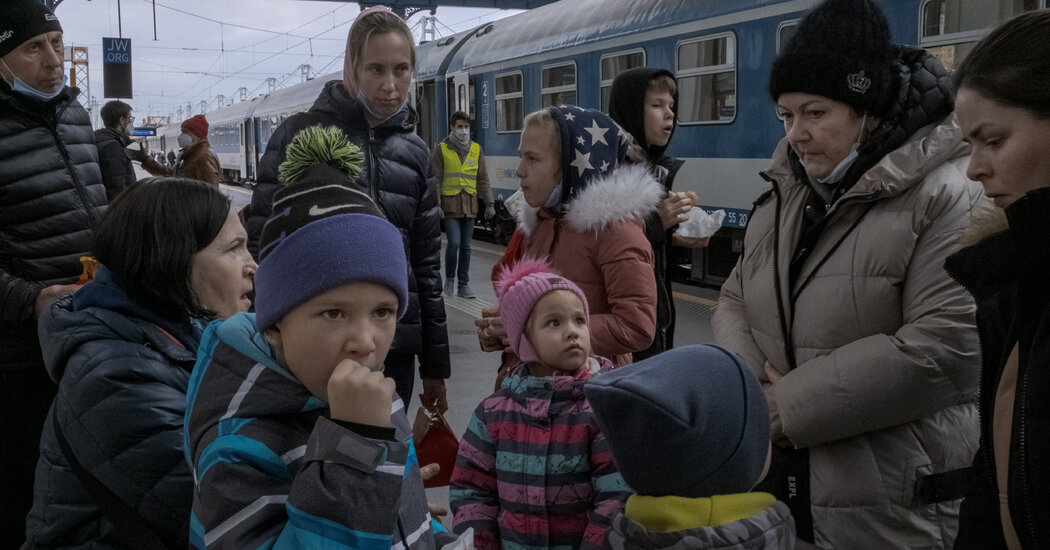 In Germany, where over 300,000 jobs are unfilled, a group of entrepreneurs created JobAidUkraine to help refugees find work as they arrived by rail, bus and air. On a recent day, nearly 30,000 online visitors scrolled through over 5,000 jobs listed by companies from London to Lisbon, for McDonald’s shift work, human resources specialists, software developers and nursing aides.

“We’ve been amazed to have big and small companies advertising in every industry, from programmers to farmers to bars,” said Christina Kaesshoefer, a manager of the website. “People want to do anything they can to help.”

Despite the good will, there are challenges.

Ukraine is recognized for its skilled work force, with 70 percent of workers holding secondary or higher education degrees. The country boasts the largest tech engineering force in central and Eastern Europe, drawing Microsoft, Cisco, Google and other multinational companies to outsource work there.

But the war has shattered an entire society. Programmers, lawyers and truck drivers are among the tens of thousands of Ukrainian men between 18 and 60 to pick up arms to defend their country. Most of the refugees flooding out are women and children forced to leave husbands, fathers and brothers behind.

They need housing, day care and school slots before they can start working. Many women are eager to return home to Ukraine quickly, once the war is over.

Lisa Slavachevskaya, 38, a manager for an agricultural business in Odessa, fled recently with her son and daughter into Romania. She said she planned to go back in a month, but would like to find a temporary job to earn money in the meantime.