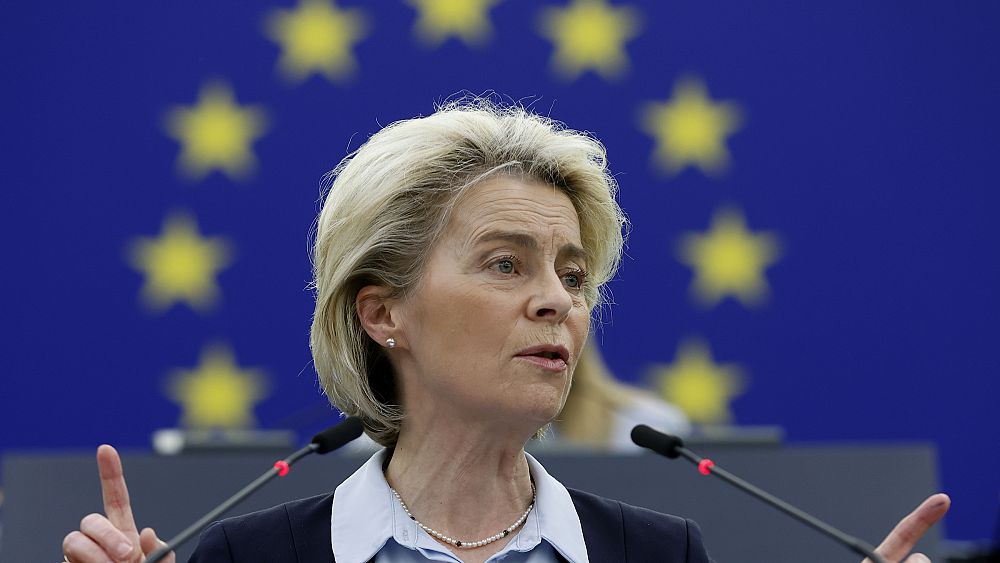 “Looking forward to Kyiv,” von der Leyen wrote on Twitter with a photo showing her at a station next to a train bearing Ukrainian colours, with Borrell and Slovakian Prime Minister Eduard Heger.

Borrell also accompanied his “Going to Kyiv” tweet with a picture of the two EU officials.

Heger explained that the three are already in Ukraine and that the purpose of their visit is to “discuss our proposals for helping Ukraine with (Ukrainian President Volodymyr) Zelenskyy and (Prime Minister) Denys Shmyhal” and to “offer options for transporting grains, including wheat & to increase the use of Slovakia’s humanitarian hub”.

Von der Leyen confirmed her plans to visit the Ukrainian capital on Thursday, telling reporters: “I want to send a very strong message of unwavering support to the Ukrainian people and their brave fight for our common values.”

The trip is the latest undertaken by EU leaders to Ukraine and comes a day after the bloc agreed on a fifth round of sanctions against Moscow. The measures include an embargo on Russian coal, a ban on exports to Russia including high-tech goods of up to €10 billion, the closure of EU ports to Russian-flagged ships, and further restrictions on key banks.

The leaders of Poland, Slovenia and the Czechia were the first to make the trip to Kyiv on 15 March to show their support for Ukraine which has been under attack from Russia since 24 February.

Roberta Metsola, the president of the European Parliament, has also made the trip.

Von der Leyen and Borrell will then travel to Warsaw, Poland, to attend a “Stand Up For Ukraine” event on Saturday.