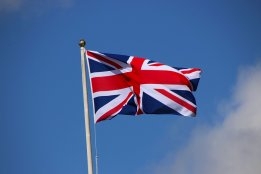 The UK is inspecting all of the P&O fleet operating in its waters. File image / Pixabay

The UK‘s Maritime and Coastguard Agency has detained another ship operated by P&O Ferries over safety concerns after the company fired 800 staff last month.

The MCA has detained the Spirit of Britain after port state control inspectors found a number of deficiencies, news provider the BBC reported on Wednesday, citing comments from the UK authority.

P&O’s Dover-Calais routes are currently suspended, and the company will not resume services before Friday at the earliest.

The detention of the Spirit of Britain follows that of the Pride of Kent last month, which remains under detention.

Last month the company fired 800 of its staff without warning, replacing some with agency staff paid less than the UK’s minimum wage. Trade unions and politicians in the UK have raised safety concerns over the move, saying the sudden change could risk new crew not being sufficiently familiar with the ships they are serving on.