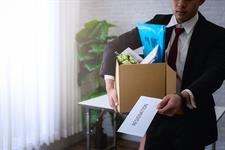 More than two in five employees have left a job because of a bad manager, a poll has found, as experts warn of the “abundantly clear” cost of poor management.

A survey of 2,100 UK employees, conducted by Visier, found that 43 per cent of workers have left a job at some point in their career because of their manager.

The poll also found that more than half (53 per cent) of those considering leaving their jobs say that they were looking to change roles because of their manager.

Two-thirds of workers would not share mental health problems with their employer, poll finds

The ‘Great Resignation’: What’s really going on behind the scenes?

“The business cost of bad management is abundantly clear,” said Anthony Painter, policy director at the Chartered Management Institute (CMI). “Yet, too many employers simply do not take this seriously and harm their collective performance and employee wellbeing as a result”.

He added that good management was a professional skill that needed both knowledge and practice, warning employers that did not address their “management deficits” would ultimately “pay a big price”.

The study found that the most common attributes of good managers according to employees include treating people well, listening to others, and showing respect to all staff members, all cited by 47 per cent of respondents.

The vast majority (85 per cent) said that a good manager was important for their workplace happiness, while 38 per cent said they have stayed in a job longer than they intended because of a good manager.

Conversely, the most commonly cited attribute of a bad manager was failure to listen, cited by 49 per cent of respondents. This was followed by being unapproachable (47 per cent); treating members of the team differently (43 per cent); and shouting at the team (42 per cent).

Two-thirds (62 per cent) of respondents said they currently have a good manager. However, almost half (45 per cent) said they could do the job better themselves, and only 48 per cent said they felt comfortable talking about their personal life with their manager.

Daniel Mason, vice president EMEA at Visier, said the pandemic had “starved” opportunities for managers and team members to interact in person. “This isn’t a case of leaders becoming bad managers overnight,” he said.

“Managers should look to enhance their toolkit with data and insights to better understand and anticipate employee needs,” he advised employers.