Twitter Inc. cultivated Saudi Arabian leaders to boost the use of its platform in the Middle East. At the same time, it prided itself on providing a forum where the country’s dissidents and activists could anonymously post their criticism of the royal family and organize.

But as it tried to achieve contradictory goals, the dissidents were allegedly betrayed by a former Twitter staffer.

That’s the story unfolding at a criminal trial in San Francisco federal court, just blocks from Twitter’s headquarters. Current and former employees of the social media company are testifying against Ahmad Abouammo, their former colleague who was a rising star at Twitter. He is charged with spying for the Kingdom and outing the dissidents — exposing them to imprisonment and torture.

Assistant US Attorney Colin Sampson elicited testimony from the witnesses in an attempt to substantiate the government’s charge that Abouammo, a US citizen fluent in Arabic, was recruited as “an operative, a mole” by Bader Al-Asaker, Crown Prince Mohammed bin Salman’s “right-hand man.”

Sampson described for jurors a conspiracy that spanned the globe but started with a bribe to Abouammo of a Hublot watch. In addition, the Twitter employee also collected $300,000 from the Saudis. In exchange, Binkasakar gave Abouammo “a shopping list of Twitter users that he wanted an insider to keep track of,” Sampson said.

The former Twitter employees explained the company’s privacy and data access policies, which Abouammo would’ve violated if, as alleged, he turned over to Saudi Arabia users’ email addresses, phone numbers, IP addresses, and dates of birth.

Abouammo faces numerous charges including acting as an illegal foreign agent in the US and obstruction of justice, which carries a maximum sentence of 20 years in prison. The trial is scheduled to take about two weeks.

For Twitter, the trial reanimates the company’s most damaging security lapse. Other breaches have gained more attention, including when personal information of celebrities was hacked.

But US and human rights organizations say the information stolen by Abouammo and his alleged co-conspirators in 2015 resulted in the gravest consequences: critics of Saudi Arabia being held in secret prisons, suffering electric shocks, sleep deprivation, beatings and other forms of torture.

Abouammo’s prosecution contrasts with President Joe Biden’s more recent attempt to warm relations with Saudi Arabia, a paradox epitomized by his controversial fist bump with the crown prince, known as MBS, whose photograph prosecutors featured for jurors atop a pyramid of figures they say are responsible for the breach at Twitter.

Biden’s visit to Saudi Arabia last week compelled him to backtrack on an earlier vow to isolate Riyadh and relegate it to a “pariah” for the 2018 killing of Washington Post columnist Jamal Khashoggi. MBS has denied responsibility for Khashoggi’s murder.

Yoel Roth, Twitter’s head of safety and integrity, told jurors that Arabic is one of the most used languages on the platform — by hundreds of millions of users. Its availability to human rights advocates and activists is critical in Saudi Arabia because it offers a “robust space” for dissent, he said.

Katie Jacobs Stanton, a former vice president of global media at Twitter and Abouammo’s supervisor, recounted how the two visited the home of Saudi billionaire and royal Al Waleed bin Talal Al Saud. She rode a camel and they had a two-hour dinner with the prince, she said. Prosecutors showed jurors a 2015 email Abouammo sent to Stanton and the global media team announcing he brought “onboard of a new government leader.”

“I have built a strong relationship with the team of HRH Crown Prince Salman bin Abdulaziz Al Saud,” Abouammo wrote, referring to the King of Saudi Arabia and MBS’s father. “I am working with His Majesty’s team for an official announcement for Twitter now.” 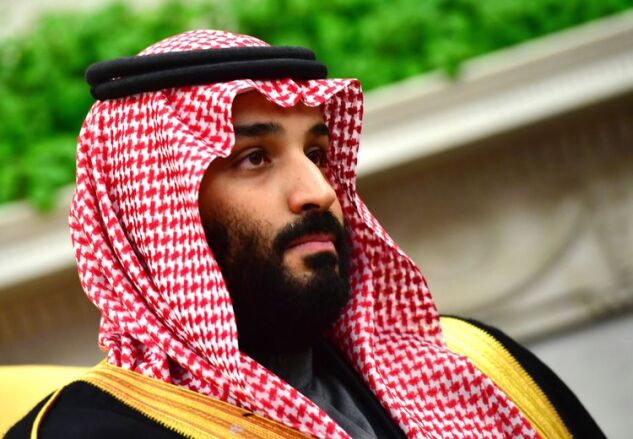 Abouammo’s promotion of Twitter among royals in Saudi Arabia was part of his job of finding “the world’s best content creators” and “making them successful” on the social platform, Stanton explained.

Abouammo left Twitter in 2015 for a job with Amazon Inc. in Seattle. Despite the government’s argument that he’s a flight risk, judges handling his case have granted him bail because he’s lived in the US for more than 20 years and has a family. In opening arguments Thursday, Abouammo’s lawyer, Jerome Matthews, a federal public defender, said his client has cooperated with federal agents.

“Things aren’t always as they seem,” Matthews told the jury. “Context matters, looking at the whole picture matters.” The case against Abouammo is “hand-picked and curated by the government” from a large amount of data, he said, adding that his client’s alleged co-conspirator fled the US and now lives in Saudi Arabia.

To contact the reporter on this story:
Joel Rosenblatt in San Francisco at jrosenblatt@bloomberg.net

To contact the editors responsible for this story:
Katia Porzecanski at kporzecansk1@bloomberg.net