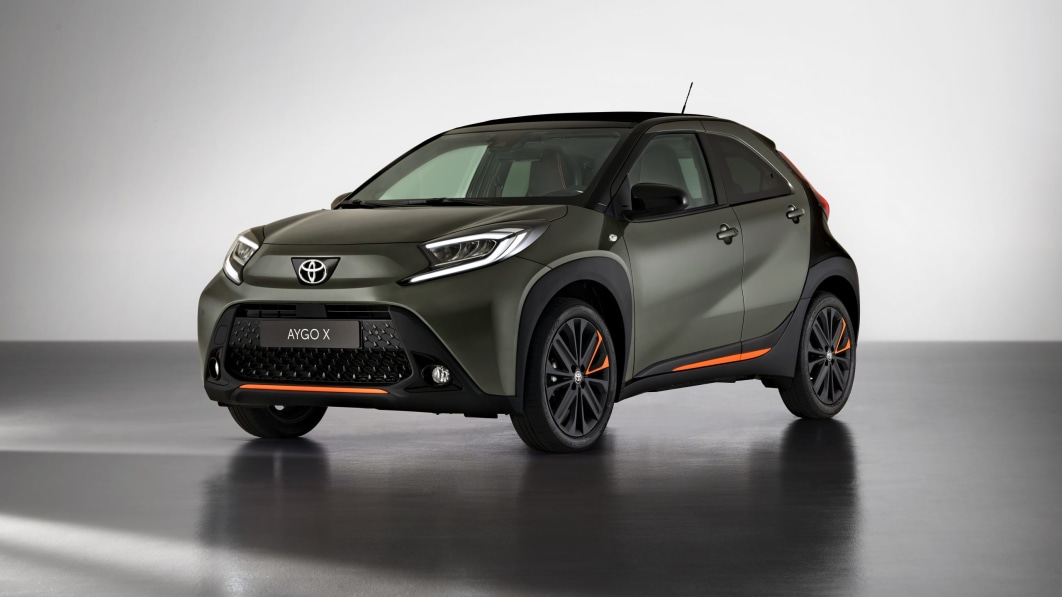 Toyota said it remained committed to Europe’s city car segment earlier in 2021, and it kept its word by unveiling the Aygo X. Positioned at the bottom of the range, below the Yaris, the hatchback has been redesigned from the ground up with a rugged look and more tech.

While the first two generations of the Aygo were developed jointly by Toyota and PSA Peugeot-Citroën (now part of Stellantis), the third-generation model was designed solely by the Japanese firm; it sounds like its former French partners are leaving the segment. It still has some French genes: it was previewed by the Aygo X Prologue concept that came out Toyota’s design studio in the south of France. The SUV influence has been significantly toned down, but the Aygo X is characterized by a more burly look than its predecessor and Toyota refers to it as a crossover.

It’s still a city car. It stretches about 146 inches long, 68 inches wide, and 60 inches tall, so it’s sized for Europe’s crowded urban centers. And, although it shares no body panels with its predecessor, it’s recognizable as an Aygo thanks in part to a rear hatch made of glass. Buyers can order a retractable canvas top at an extra cost. The last Aygo offered one, too, but the new car’s top features a larger opening.

Making the Aygo X longer, wider and taller than the Aygo allowed Toyota to give drivers more space for people and gear. Inside, it looks like the X designation brings significant updates in the design and technology department. The infotainment system’s touchscreen is neatly integrated into the dashboard rather than tacked on like an afterthought, and upmarket trim levels are available with features not commonly found in this segment such as a cloud-based navigation system, a wireless device charger, plus wireless Apple CarPlay and Android Auto connectivity. Keep in mind that the press shots show an upscale model. Cheaper trim levels will look and feel, well… cheaper.

Power comes from an evolution of the second-generation model’s 1.0-liter three-cylinder engine that develops 72 horsepower and 69 pound-feet of torque. The triple spins the front wheels via a five-speed manual transmission, but the number of European motorists who no longer want to give a shift increases annually, so a CVT is optional.

Toyota dealers in Europe will begin receiving the Aygo X in 2022. Pricing information will be announced closer to the model’s on-sale date.