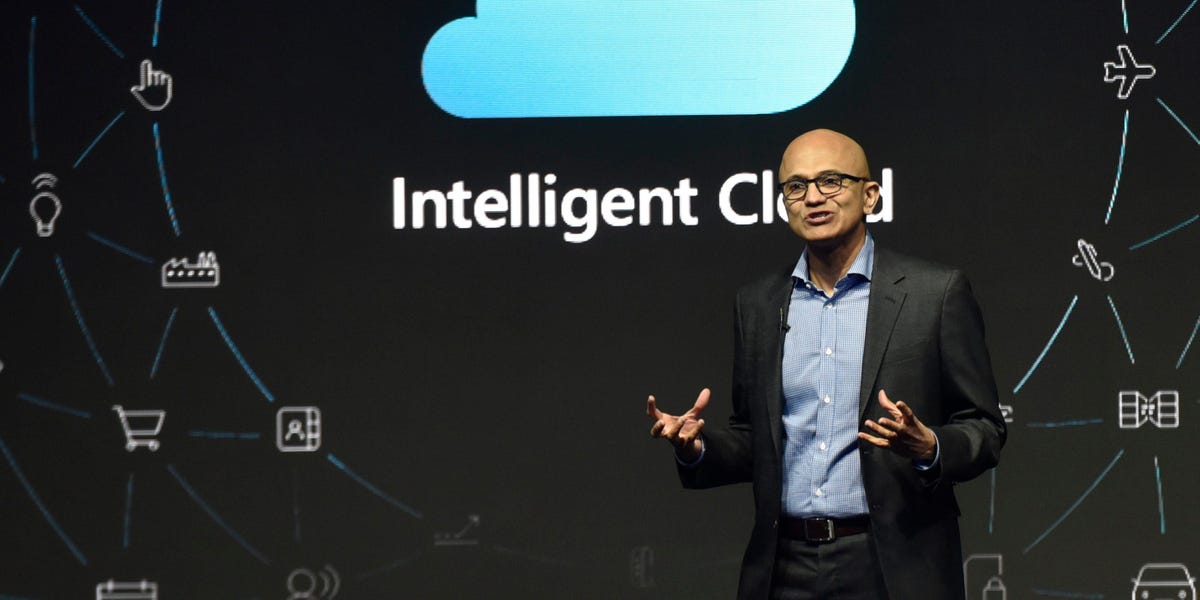 Since Satya Nadella became CEO of Microsoft in 2014, the company has doubled down on its efforts to become a leader in artificial intelligence.

As with most tech giants, Microsoft uses the technology to power its own products, like the Office 365 productivity suite and the workplace chat app Teams. But it also has a thriving business reselling its AI capabilities to other developers, through its Azure Cognitive Services platform, where it sells core algorithms for natural language processing and image recognition.

Artificial intelligence is an arena where Microsoft competes fiercely with Amazon and Google, both in its own products and sold as cloud services. More advanced algorithms, or their more creative application, can brand one company’s product as a category leader and the rest as followers.

Microsoft’s emphasis on the technology has reshaped the company in recent years, and major reorganizations have brought some of the company’s top AI talent into executive positions. For instance, in 2018, when Windows chief Terry Myerson left the company, Nadella reorganized the company into three major branches: Experiences and Devices, Cloud and AI Platform, and AI and Research. This move installed the company’s AI expertise across all of its products, from its Windows operating system to Azure cloud computing.

Three years later, some executives in that reorganization have left those roles, like Harry Shum, who left his post as executive vice president of AI and Research in early 2020. However, Scott Guthrie still leads the Cloud and AI business, and Rajesh Jha is still head of the Experiences and Devices division.

Here are the company’s top AI experts and leaders, and the impact they have on the company: