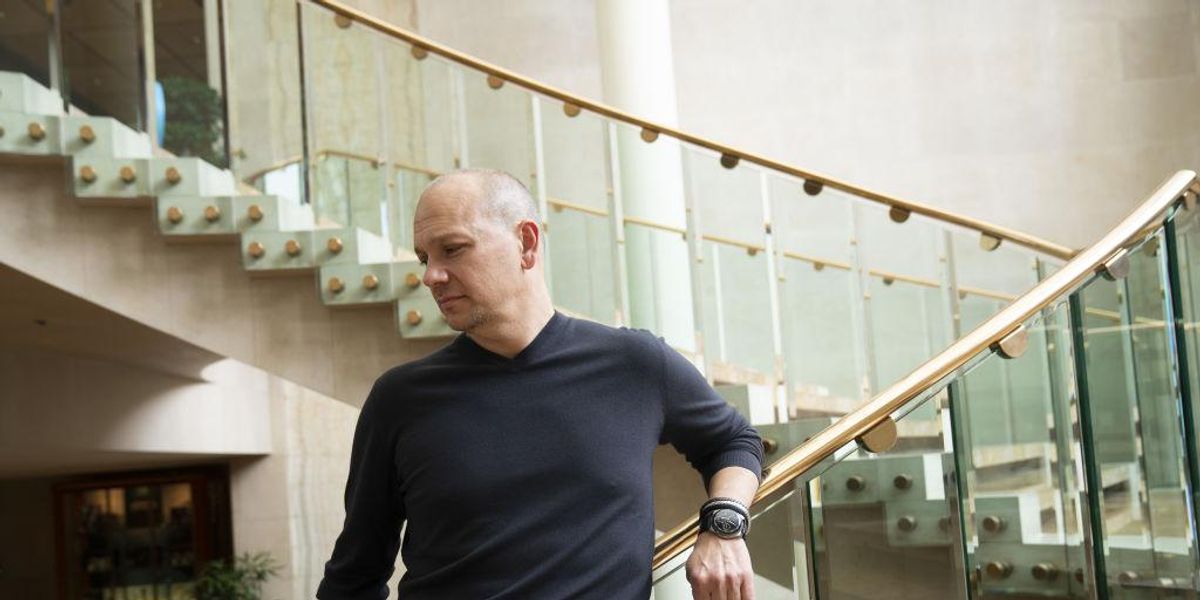 Capitalism has arguably driven the climate crisis. Tony Fadell, the inventor of consumer tech products that have swept the globe, is on board with that line of thinking. But the inventor and entrepreneur also staunchly believes that rather than tearing it down, the system can work for the planet with a few tweaks.

Fadell is responsible for technology that has transformed society. He led the team at Apple that invented both the iPod and iPhone, and went on to develop Nest, the smart thermostat ultimately acquired by Google.

Now, Fadell is putting climate change and other “existential problems” front and center as the principal at Future Shape, an investment and advisory firm that coaches technology startups, many of which are climate- or environment-focused. This approach speaks to Fadell’s fundamental belief that capitalism will be central to ameliorating the climate crisis, and that the government’s role is to stop the “hacks” that have let the system run amok.

In an interview with Protocol, Fadell delved deeper into the relationship between consumer technology, investment and the climate crisis, and why he believes the world’s first trillionaire will be “produced out of the climate crisis.” Fadell’s book “Build: An Unorthodox Guide to Making Things Worth Making” is out later this month.

This interview has been edited for brevity and clarity.

The landscape of technology and climate change has changed substantially since you first started at Apple. Has what we now know about climate change and the environment shifted how you think about your role as an inventor?

I think that without the technologies that were built pre-climate crisis, we would not have the tools to solve it at our disposal today. Certain technologies come up at certain times of need, and I’m glad that in the early part of my career, I was able to build the things that really helped to make things happen faster through mobile communications and mobile information.

Today, I want to go where there are really interesting problems and really interesting solutions, and that’s the climate crisis. And those solutions are not just going to come out of Silicon Valley; they’re going to come out of every nook and cranny of this planet, because everyone has different climate-related problems they need to solve in their own local way. Everyone has to get involved in this.

I think the way we consume technology might need to shift. We don’t need to see new cell phones every year; my cell phone right now is not the latest iPhone.

When we were creating the Nest thermostat, we wanted to make sure that it sat on your wall for 12 to 15 years, which was the typical lifespan of those types of products. We made sure we had the software update and various hardware in it so it can live that long. As designers, as engineers, as businesspeople, we need to think about making sure we’re extending the lifetimes of products. And even then, we need to think about circularity and what’s going to happen at the end of a product’s life.

The reason why I think that a trillionaire will be produced out of the climate crisis is because we are talking about an existential problem not just for one country or for one city … That’s trillions of dollars of capital.

What I love seeing is that in Europe right now, whenever you want to put up a new battery factory, you have to put up a battery recycling factory; you can’t get one without the other. We need more of those kinds of approaches. Technology is how we’re going to get out of this problem if we don’t want to go back into caves, so we have to figure out how to have a circular relationship with that technology.

You have said that the world’s first trillionaire will be someone who fixes climate change. Can you elaborate on why you say that? Is this something that you think capitalism can fix?

I think if capitalism isn’t a part of it, we’re not going to fix it. The reason why we got into this state was because of capitalism: We didn’t make the right decisions to stop emitting carbon dioxide, because it was the cheapest and easiest way of just scaling up the things that we already had. I’m not saying capitalism is bad, but the incentives were wrong. The only way we’re going to solve this is with proper regulation and government intervention to make sure we’re aligning incentives and make sure that capitalism is working with the solutions, as opposed to against them.

The reason why I think that a trillionaire will be produced out of the climate crisis is because we are talking about an existential problem not just for one country or for one city: We’re talking about the entire planet of billions of people. Most of these people are using the same exact resources or technologies to power their homes and businesses. Those things need to be revolutionized, not over a span of 100 or 150 years — which is how long it took to create these systems — but in the next 20 years. That’s trillions of dollars of capital. And it’s not just one industry. It’s every industry that needs to be addressed. That’s the scope and scale of problems that we have on this planet; there will be some people that will fix them, and they will reap the benefits.

You’ve said before that investors are pouring money into technology that is, shall we say, not an urgent need. Given that billions if not trillions of dollars will be needed to halt the progress of climate change, are you optimistic that investors can be swayed away from the easy money of crypto or similar endeavors?

I think they can, but it’s going to take government intervention. In the U.S. investment world, there’s something called a qualified small business. If you invest in one, you can get zero taxes on the gains years later, so people pour money into QSBs. But you could be a QSB doing climate or a QSB working on the metaverse, and you get the same tax treatment. That absolutely shouldn’t be the case. We should be incentivizing those who are going after our existential problems, and making sure that resources are being funneled there. If the country instead decided to define qualified small climate businesses, we could raise the tax rates for those QSBs that are not taking on existential problems. You have to hack investors’ brains and hack the system to make them go that way. These are the kinds of government incentives and nudges that we need to make sure that capitalism is used in the right way, not the wrong way.

We should be incentivizing those who are going after our existential problems, and making sure that resources are being funneled there.

We need a carbon economy, a methane economy, a plastic economy. They need to be taxed just like they have luxury taxes in Europe. People don’t like it, but we need to incentivize.

So many of the world’s richest people tend to be some of the greatest contributors to climate change. What would you say to those who say that the way wealth operates today is fundamentally incompatible with the changes we need to see on a societal and global scale?

Well, I know billionaires who are climate-conscious, and I know billionaires who are not climate-conscious. At the end of the day, people who have the resources — whether they’re middle, higher or lower income — choose to live the life they want. And we as a society need to tax the things that contribute to climate change. People always find a way to consume more if there is a hack for it.

Here’s a perfect hack that we have going on right now: I’m a big oil company, I get subsidized and I have carbon-emitting entities on my balance sheet. Certain shareholders scream about it, customers scream about it, the general press screams about it. So what do I do? I sell it off to other firms who pick it up, and then it’s not on my balance sheet. But that facility is still running, probably even less transparently than it was before; it’s not even managed, because it’s no longer a public company! And these people are just trouncing the planet without making any changes, while making the oil companies look great. The government needs to come in and regulate those sales and make sure that those shutdowns happen. They can’t just turn the facility over to a bad actor and let them continue to pump the oil. We need to make sure that those hacks are stopped.

Unfortunately, there are many countries that use too many resources for the number of people on this planet. We need to also understand that there are developing countries who want to have what we have in the more developed world. And we have to not say, “You’ve got to make more sacrifices so we can live the way that you wish you could live.”

Is there anything that you think has real potential to thread this needle of both potential profitability and potential benefits for the climate?

I see the hydrogen economy as potentially really great. Now I’m not saying hydrogen for cars; I’m saying for long-haul transit, for steel-making, for cement-making. And I’m saying green hydrogen — not gray, not blue — but truly green hydrogen from renewable energy sources. It’s going to be transformative. Why? One, we don’t have the emissions problem. And two, it’s more profitable. It’s literally more profitable to use hydrogen to make these other materials than it is to use the common stuff today. So it’s a great alignment of capitalism and the climate.