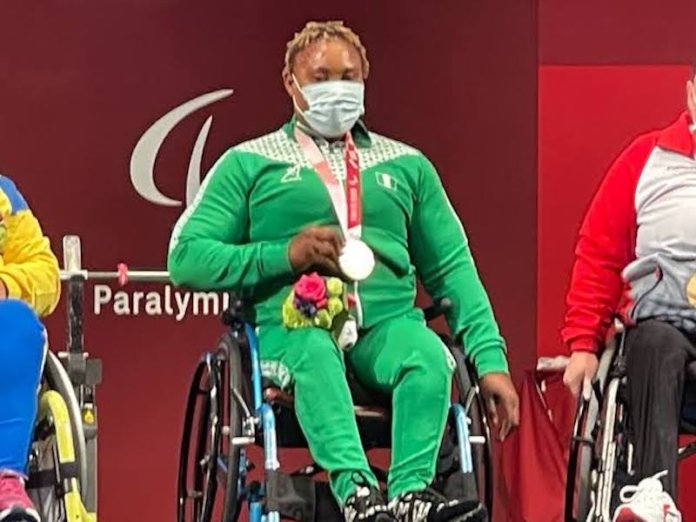 Queen Idris who is a special guest of the World Para-Powerlifting Federation had promised to give Bose Omolayo $500 if she delivered a gold medal at the Games.

Speaking after the victory, Idris said the morale of Bose Omolayo was low before she participated in her weight class adding that she had to cheer her up with her local dialect.

“Bose Omolayo is an orphan. She cannot read nor write and the only language she understands is sports,” revealed Queen Idris.

The former NPPF president further revealed: “She had challenges catering for her children before the Tokyo Paralympics. I informed her that winning a gold medal is a plus for her and she will be able to cater for the needs of her children.

“Most of the athletes know that I have special love for them. I am willing to make more sacrifices for them and that is why I am currently in Tokyo to cheer the Para-Powerlifters to victory,” Idris added.

After Bose picked up the gold, Queen Idris fulfilled her promise instantly and sprayed Bose Omolayo 50,000 Yen which is equivalent to $500.

The Former President of Nigeria Para-Powerlifting Federation also gave Bose Omolayo a set of tracksuit from Limitless Identity Fashion”, which is the approved clothing line for the World Para-Powerlifting.