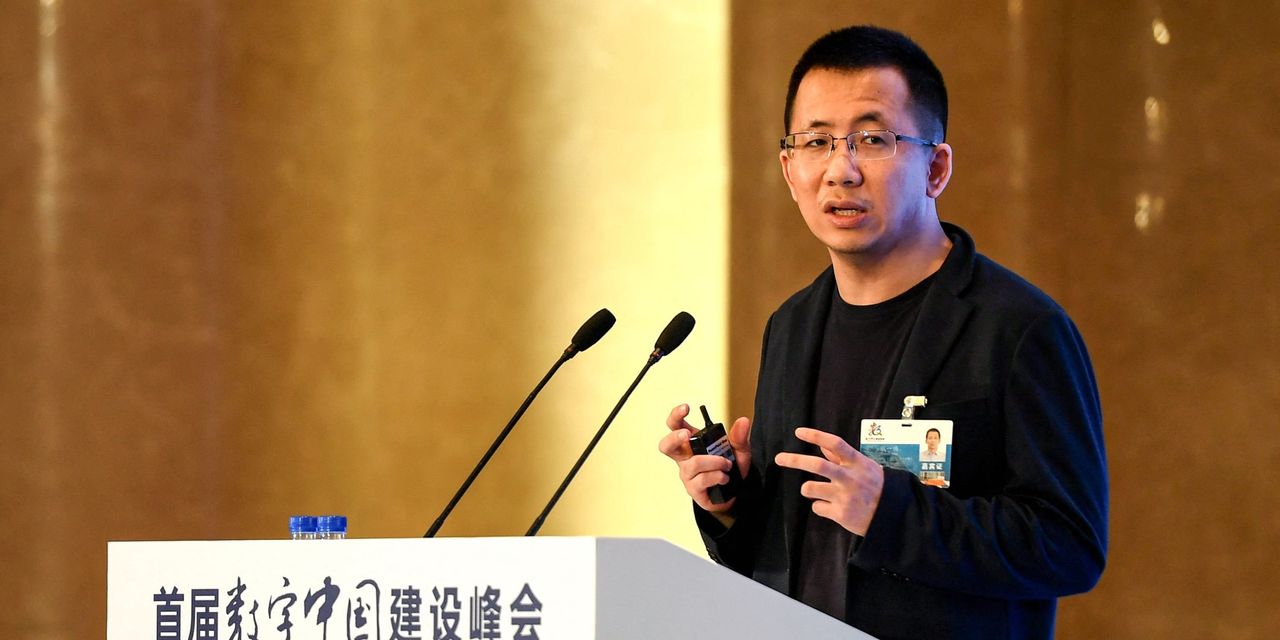 SINGAPORE—Zhang Yiming, the founder of ByteDance Ltd. that owns social-media app TikTok, stepped down from his role as chairman of the Chinese technology giant, completing a leadership handover set in motion from May, people familiar with the matter said.

Mr. Zhang relinquished his chairmanship to Liang Rubo, one of the co-founders of the company, the people said. Mr. Liang has already taken over from Mr. Zhang as chief executive officer of one of China’s most valuable internet startups in a leadership reshuffle announced in May.