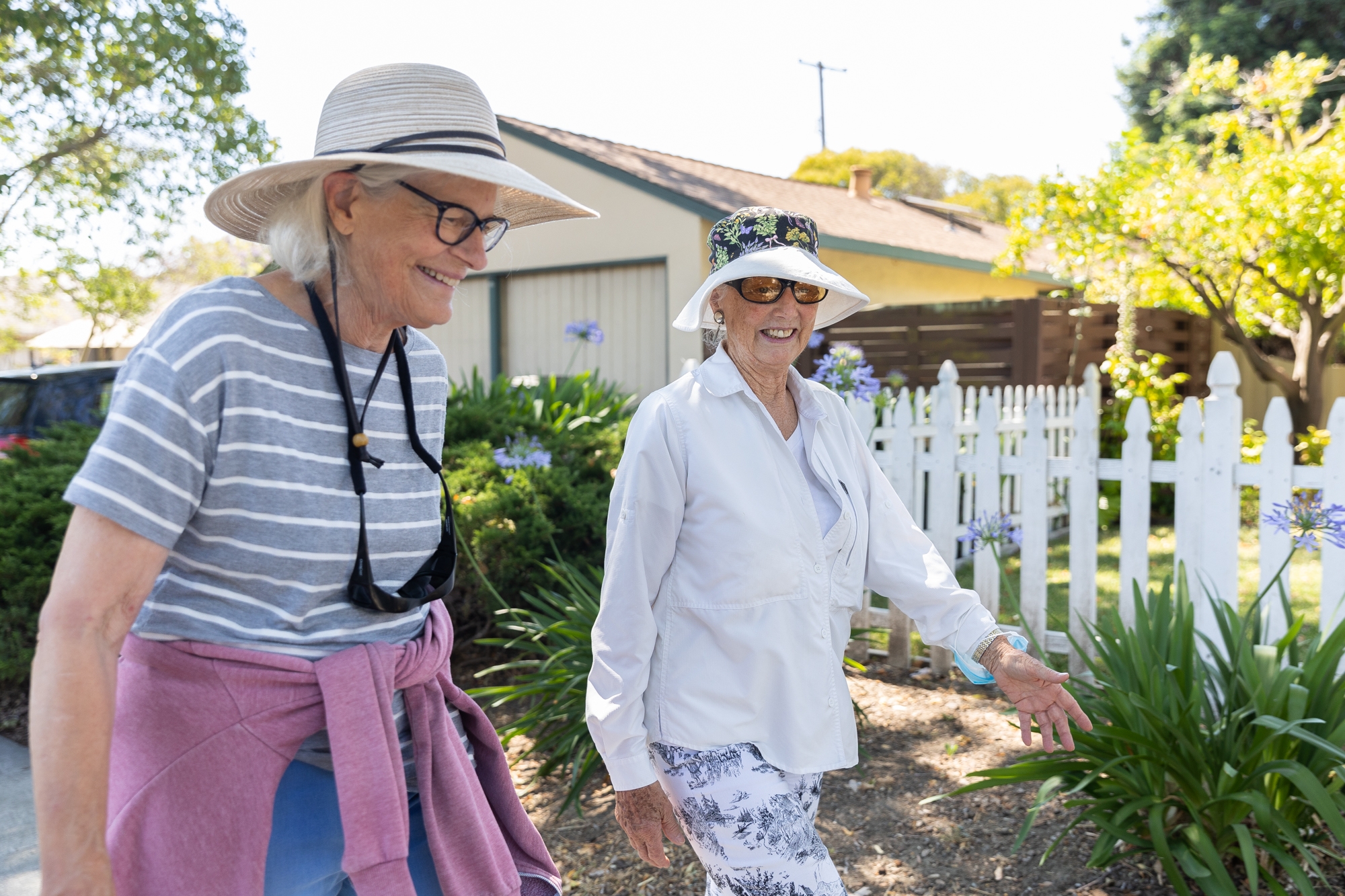 Even as the coronavirus lockdown kept most people apart during 2020, one group of local seniors found ways to stay connected through a grassroots support network launched a decade earlier to help those aging at home combat isolation.

Called Avenidas Village because of its affiliation with the local senior services agency Avenidas, the organization operates much like a mutual aid society for seniors growing old in their own homes.

About 300 Palo Alto-area seniors belong to the local network.

“Avenidas Village has become my community,” said Menlo Park resident Alice Kozar, a retired physician who joined several years ago after her husband developed health problems, including dementia and Alzheimer’s disease. “I am now home but not alone. Even though my son suffered a surprise stroke and died at 45, and my husband is in assisted living … I don’t feel isolated.”

Village members can arrange to receive check-in phone calls on a daily, weekly or monthly basis, and an email list provides quick feedback when a member poses a question to the group.

Most of the current Village members range in age from their early 70s to late 90s, said Dawn Greenblat, member services manager. The oldest is 108 and still living in her own home. Most members are retired, though some are still working.

“We’re one of the best-kept secrets around,” said Palo Alto resident Chuck Sieloff, a retired technology manager who first joined the Village when his wife developed early symptoms of dementia and Alzheimer’s disease.

“I thought it would be a good, supportive environment for her,” Sieloff said. She participated in “various exercise classes, a knitting group and activities to keep her engaged and active where at the same time people could sort of look out for her and make sure she was okay.”

After his wife died in 2018, Sieloff said his Village connections influenced his decision to remain in the family home, where he’d lived for 45 years, rather than move to a retirement community.

“Partly because of the strength of the Village ties, that decision was relatively easy for me,” he said. “I think the Village does make that path to stay in your own home a lot easier.”

Dick Smallwood of Palo Alto, a retired management consultant, said the Village is constantly evolving and is completely different from what it was when he and his wife joined eight years ago.

“We’re always trying to make it better — it’s really a dynamic organization,” he said. Recently a member suggested setting up Zoom events around Thanksgiving and Christmas for people who are alone for the holidays.

“That turned out to be a very popular idea so we’ll probably continue something like that, and that’s just an example of the Village as a living, breathing organism,” said Smallwood, who estimates he spends about 20 hours a week volunteering with the program, managing special interest groups such as those on current events, video discussions and hearing issues.

While caring for his wife, who died last year, Smallwood said he drew on Village partnerships for services like hospice and palliative care.

“At the same time that I was helping my wife, I still had some of these activities going on with the Village, which gave me a life outside of caregiving,” he said.

When the pandemic struck, Village activities switched to Zoom, with tutorials for those who needed help accessing the platform. Village members received calls to make sure they were okay, and the staff began making grocery runs for members who needed help.

And now that the country is emerging from the pandemic, the organization plans to permanently shift some of its services to a hybrid model.

“We’ll actually go back to getting together at restaurants for our monthly ‘lunch bunch,”’ Smallwood said. But some activities, such as bi-weekly social hours, some lectures and committee meetings, might continue on Zoom.

Avenidas Village also organizes members into “neighborhood clusters,” holding some activities within those groups as a way for members to get to know others who live nearby.

Post-pandemic, Kozar said, “We’d like to invite others to meet with us and learn about our activities, to expand to include people who are living in their homes not so happily. We know they’d really enjoy having good friends that are trustworthy, not demanding of a lot of time and attention but just fun to be with.”

Participation by members varies widely. Some relatively inactive members tend to stay at home and enjoy the remote services but not come out for activities like the walking groups or lunch gatherings, Kozar said.

“They just enjoy the services, stay in their homes and go to meetings as they wish,” she said.

In spite of the built-in support, Village membership has its limits.

“Some people become ill and need around-the-clock care and other situations beyond the Village, so they choose not to rejoin,” Kozar said. “It’s often health issues.”

Others leave when they move out of their own homes into a retirement community, Sieloff and Smallwood said, though reduced-priced memberships also are available to that group.

Founded in 2007, Avenidas Village is part of a national movement of about 300 similar “Villages” modeled after Boston’s Beacon Hill Village, which pioneered the concept in 1999 after a group of neighbors formed an association. Avenidas Village was the first program in California, where there are now about 60, including about 15 in the Bay Area.

Though 90% of Americans over 65 say they want to stay in their current residence as long as possible and 80% believe they’ll always live there, there are many barriers to making that plan a reality, Sieloff said.

He maintains that senior Villages can help. When it comes to planning for old age, he said, “denial is not a strategy.”

To sign up for a July 13 webinar by Sieloff on “The Growing Challenges of Aging in Place,” or to learn more about Avenidas Village, go to avenidasvillage.org.

For information about other California Villages go to villagemovementcalifornia.org. The national Village network can be accessed at vtvnetwork.org.