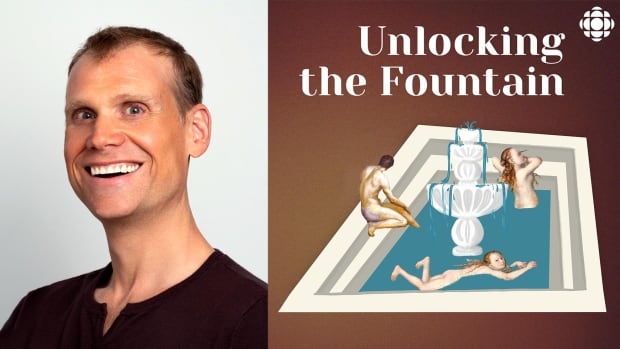 For thousands of years, people have searched for elixirs that could delay death and extend human life. It sounds like the stuff of myths – but it may be closer to becoming a reality than ever before.

Host and writer Keith McArthur’s new podcast series Unlocking the Fountain unpacks the history of longevity research and explains the cutting edge science that could significantly extend human lifespans in the near future.

Listen to the trailer:

If there were a pill that could add decades to your life, would you take it? Unlocking the Fountain is a podcast about the mysteries of aging and the scientific quest to slow, stop or reverse it. Hosted by Keith McArthur, coming September 28. 1:58

McArthur spoke with CBC Podcasts about making Unlocking the Fountain. Here is part of that conversation.

What made you want to do a show about the topic of anti-aging research?

Well first, it’s a fascinating topic. Most people aren’t aware of how close we might be to drugs that could slow the aging process in people. I also have a personal interest in this. Listeners of CBC podcast Unlocking Bryson’s Brain know that I have a son with profound disabilities. My biggest fear is who’s going to take care of Bryson when my wife Laura and I are no longer able. This cutting edge science could allow us to have more healthy years with Bryson.

What changes, if any, have you made in your own life after speaking to experts on aging?

Even without anti-aging medicines, there are lifestyle changes we can all take to add as much as 10 healthy years to our lives. I get into many of these in the podcast. But the biggest one I’m focused on now is exercise. I always knew it was good for me, but I thought it was mostly about heart health and weight loss. I was wrong. It turns out that intense cardio – the kind that makes you feel uncomfortable and a little out of breath – may be the most important thing each of us can do to give ourselves more healthy years.  Scientists still don’t really understand why it slows aging, but multiple studies prove that it works.

What is the most surprising thing you learned about aging?

The most surprising thing is simply that there’s no law in biology that says living things need to age. In fact, there’s at least one species – small aquatic creatures known as hydras –  that don’t appear to age at all. And scientists have shown in hundreds of experiments that they can dramatically extend longevity in lab animals through drugs, gene editing and lifestyle changes.  Today’s challenge is to do this in people.

In the show we’re introduced to two scientists who have a bet about whether or not the first person to live to 150 years old has already been born. Which side of that bet would you take?

I’ve gone back and forth on this. Today, I would say that person probably isn’t born yet. But that’s not to say that advances in aging medicines won’t have a dramatic impact on our lives. Within the next few years, we’ll start to see drugs that can prolong healthy lifespan in humans. At first these increases will be modest – delaying age-related diseases like Alzheimer’s, cancers and diabetes by just a few years. The good news is that it won’t just be the young who will benefit. People in their 40s and 50s today will also be able to reap the rewards. Before long, these could lead to gains in life expectancy of a decade or more.

What is the weirdest thing you encountered that people are doing to try to live longer?

The strangest has to be the work of surgeon Serge Verinoff. He believed that he could rejuvenate men by transplanting monkey testicles into their scrotums. The surgery was performed on hundreds of people – mostly wealthy men who could afford the expensive surgery. Of course, it didn’t work. Sadly, Verinoff wasn’t the last to profit off phony aging medicine.

Are there any areas of scientific research on aging that you’re especially excited about?

There are so many! Scientists have discovered around 10 complex biological changes that happen as we age – such as our immune system weakening and our cells getting worse at quality control. One of the most interesting involves a protein called mTOR that tells our cells when to hurry up and divide and when to repair and recycle themselves. There’s evidence that the more time our cells spend in recycle mode, the more slowly we age. And there’s already a drug approved for human use called rapamycin that shifts cells into repair mode. A drug like this could be one of the first to be approved to extend healthy lifespan in people.

If we do cure aging, are there any downsides?

There are some critical ethical issues. One is around access. It’s reasonable to assume that the richest would benefit first, which could exacerbate existing differences between life expectancy of the richest and poorest countries. Another has to do with the carrying capacity of our planet. If people are living significantly longer, the population could rise dramatically. This could hasten the climate crisis. Both of these need to be carefully considered, especially if we’re talking about extending human lifespan by decades or more.

Listen to the first episode:

Are we on the verge of medical breakthroughs that will extend healthy human life by decades? Some scientists say the first human to reach 150 years is already alive. Is it you? 31:32

Q&A edited for length and clarity. Written and produced by SK Robert.