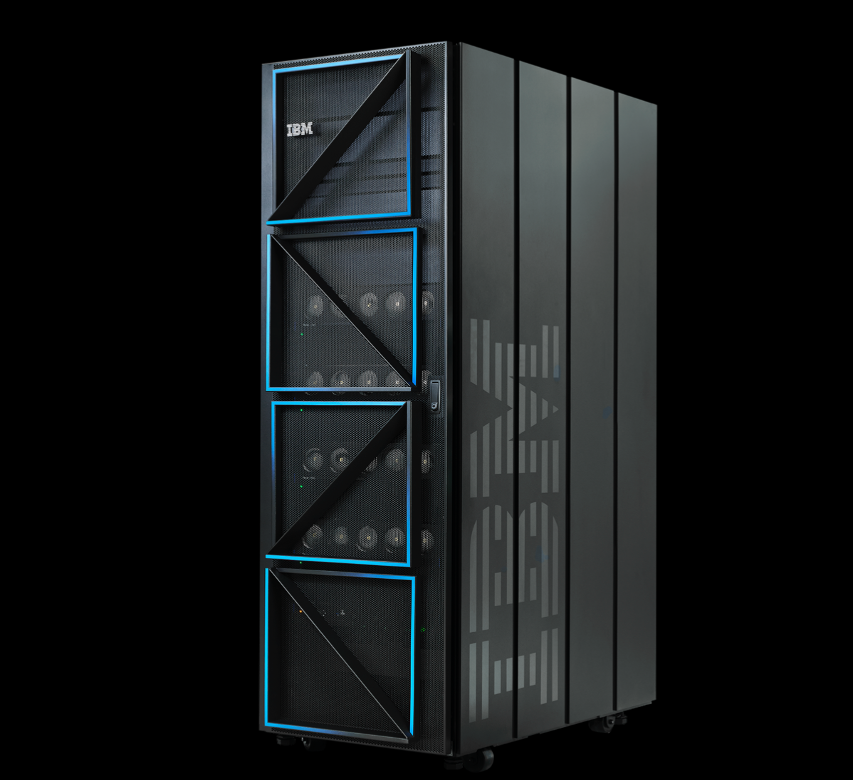 Most of IBM’s current infrastructure business on Z and Power platforms comes from customers looking for the highest level of security, reliability, and what I will call “targeted performance.” Therefore, it shouldn’t be a surprise that IBM does so well in verticals like financials and government. As I look across the industry, most infrastructure providers are moving to more “fit for purpose” platforms with full stacks that IBM has been doing for a while. In addition, IBM, with its Red Hat acquisition, has gone full hybrid cloud and added as-a-service consumption capabilities., Today, IBM announced the first server in the next generation of Power servers, the IBM Power E1080 server with the new Power10 processor.

I want to dive under the covers of this new server and explore how it fits into the hybrid cloud environment of which IBM is a huge proponent.

What IBM is hearing from customers

Whenever I attend a vendor briefing, I always find it interesting to hear what customers are saying. Like all vendors, IBM spends much time talking to customers and conducting primary research. While I’d like to see IBM get more customers by filling gaps for non-customers, it knows its “clients” like the back of their hands and actually architect systems for them.

The most critical areas of focus are flexibility and the ability to respond quickly to new business demands. Security continues to be a crucial topic that has risen in importance with the seemingly daily news around data breaches, malware, and ransomware. The third key area is the ability to derive value from core business data. Artificial intelligence (AI) has been trending with more interest in leveraging machine learning and deep learning to derive more value from core transactional data. And finally, the need for reliability and continuous operations is critical. The whole idea of anywhere workplace, whether it is remote operations of a customer’s data center or the flexibility to leverage the cloud and on-premises private clouds, has risen in importance for nearly all customers.

Interestingly, IBM noted that flexibility and agility, the ability to respond quickly to new unpredictable business demands, has risen to the top of the list of concerns, outpacing all other responses. This makes sense given the pandemonium Covid-19 injected into the environment.

The IBM Power E1080 is the first system in a new family of servers based on the new IBM Power10 processor. IBM wants the E1080 to deliver on the agility needed in today’s dynamic market and pointed to four key focus areas: respond faster to unpredictable business demands, protect information from the core to the cloud, streamline insights with built-in AI, and ultimately always be available.

The system performance claims are impressive, including a world record eight-socket, two-tier SAP SD standard application benchmark result of 955,050 SAPS, considerably more than alternative architectures. That was an eight-socket record, and I’m wondering what a sixteen socket configuration looks like.

For a SPECInt rate, the E1080 delivered two and a half times per core compared to x86. The performance is achieved in nearly the same energy footprint with fifty percent more capacity compared to Power9.

While these figures were versus Intel’s Cascade Lake and not Ice Lake, I don’t believe the numbers will be exceptionally different as we are dealing with orders of magnitude.

IBM has introduced transparent memory encryption, handled in the hardware to avoid performance degradation. This new memory encryption could be a boon to containers, which are becoming increasingly popular, particularly when it comes to cloud computing. There is also support for quantum-safe cryptography and fully homomorphic encryption. The Power10 also has more crypto accelerators per core, delivering two and a half times faster AES crypto performance than the previous Power E980. In short, the memory is encrypted transparently with no overhead. Like I said, all of IBM’s infrastructure is developed with some of the best security available, and the E1080 doesn’t disappoint.

From an AI perspective, IBM has built many capabilities directly into the core of the Power10 processor, which makes sense for latency-dependent workloads. Adding in-core AI inferencing and machine learning provides an alternative to using a separate GPU-based system.

IBM has implemented a matrix math accelerator (MMA) which provides both low precision and high precision math capability needed for AI inferencing. Increasingly, core business applications will have AI capabilities embedded, such as credit scoring in the financial industry or fraud detection. With the E1080, IBM incorporates the AI capability in the Power10 processor itself, distinct from using specialized GPU systems.

Power10 has a new memory architecture called Open Memory Interface (OPMI). These are preferred DIMMs on Power10 compared to the industry-standard DIMMs used in x86 systems. IBM says OPMI DIMMs deliver two times better memory reliability and availability. DIMM reliability is essential is because x86 DIMM failures can cause system outages. The buffered memory DIMM architecture in the E1080 ensures failures are isolated to the DIMM, avoiding system outages. Increasingly we see large in-memory configurations such as SAP HANA and Oracle such that memory reliability has a significant positive impact on overall system reliability.

Some people see this as overkill; IBM sees this as standard operating procedure. IBM does what it takes to maximize resilience, even if it costs more.

How does Power10 fit into the hybrid cloud and on-demand story?

In some cases, to go from on-premises core business applications to the native cloud requires considerable work in the applications and the middleware. With this “frictionless” consistent architecture approach, there is no refactoring or rewrite required. Second, customers can freely extend workloads across on-prem and Power Virtual Servers and Open Shift with IBM Cloud.

The only caveat I’ll add is container compatibility between Power and X86 in the IBM Cloud. You’d need a recompile for that to work. The same is true for Z.

The goal of IBM to help customers tackle unpredictable demand is laudable.  In the past eighteen months, we have all experienced supply chain disruptions, spikes in demand for a product, unbelievable amounts of transactions daily, and to be able to deliver in a mobile world. The idea of dynamic and efficient scaling has become even more critical.

Cyber risk is on the minds of every CIO and CEO in the world today. The ransomware attacks affecting so many businesses and institutions today require vendors like IBM to take security to lower levels in the hardware to protect and manage the systems more efficiently.

AI-driven applications are emerging as a critical enabler to respond with new services for customers. The goal is to respond to what customers want and need in a matter of days and weeks, as opposed to months. But just as importantly, bringing AI capabilities to the applications and data in a simplified and secure way.

In summary, I believe the Power E1080 is a unique system engineered for agility, giving customers the ability to modernize infrastructures and applications with a “frictionless” hybrid cloud experience. IBM is helping customers respond quickly, on-premises, or extending into the cloud. I like that customers can start the digital transformation journey but continue to use core business applications and grow them with new capabilities such as AI, Linux containers, and OpenShift. The IBM Power E1080 delivers more performance and scale to give customers the ability to respond faster to business demands and do so efficiently and sustainably.

I am certain that the E1080 will do well with IBM’s current clients. But can it take share from x86 in SAP, Oracle, and OpenShift environments? Only if IBM starts marketing, distributing, and selling to go after that business, which I don’t believe it has in a long time. I will tell you in a year.

If you want to learn more about the announcement, I participated in IBM’s announcement here.