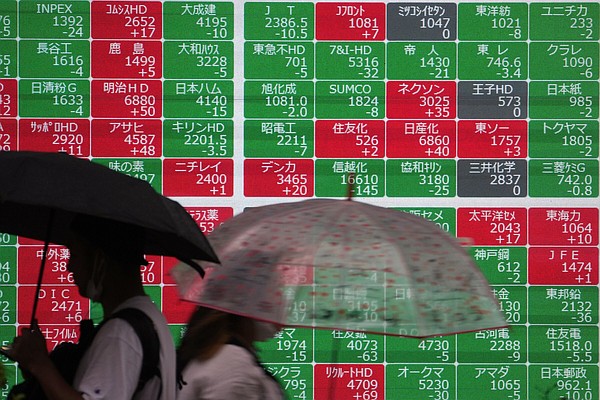 NEW YORK — Stocks slipped Friday, giving back some of their gains from earlier in the week as worries brewed about the global economy and prospects for profits at big internet companies.

The S&P 500 lost 0.9% to break a three-day rally that had carried Wall Street to its highest level in six weeks. The Nasdaq composite led the market lower with a 1.9% drop following worse-than-expected profit reports from Snap, Seagate Technology and other tech-oriented companies.

The Dow Jones Industrial Average held up better, slipping a more modest 0.4%. That was in large part because constituent American Express gave an encouraging earnings report and said its cardholders were spending more.

Sandwiched between last week’s dispiriting report on inflation and next week’s decision by the Federal Reserve on interest rates, the S&P 500 still delivered its best week in a month after a collection of mostly better-than-expected reports on corporate profits. Falling yields in the bond market also helped, easing the pressure on stocks after expectations for rate increases by the Fed sent yields soaring much of this year.

On Friday, the two-year Treasury yield tumbled again, to 2.98% from 3.09% late Thursday and from 3.14% a week ago, on worries about the economy. A report Friday morning indicated U.S. business activity may be shrinking for the first time in nearly two years, with service industries particularly weak.

“Manufacturing has stalled and the service sector’s rebound from the pandemic has gone into reverse, as the tailwind of pent-up demand has been overcome by the rising cost of living, higher interest rates and growing gloom about the economic outlook,” Chris Williamson, chief business economist at S&P Global Market Intelligence said in a statement accompanying the survey data.

Friday’s reports are the latest to show parts of the economy are slowing more than expected. While that raises the threat of a recession, it also has traders ratcheting back expectations for the Federal Reserve’s aggressiveness next week. Instead of a full percentage point, traders now see an increase in rates of 0.75 percentage point as the most likely outcome.

In the stock market, shares of the company behind the Snapchat app tumbled 39.1% after it reported a worse loss and lower revenue for the spring than Wall Street forecast.

The weakness for Snapchat could mean pressure on other companies that depend on internet advertising, which also happen to be among Wall Street’s most influential stocks. The parent companies of both Facebook and Google are scheduled to report their earnings next week. The pair fell 7.6% and 5.6% respectively on Friday, accounting for two of the heaviest weights on the S&P 500.

Verizon shares dropped 6.7% after its profit fell short of expectations, though its revenue squeaked past. It also cut its forecast for earnings this year.

On the winning side was American Express, which rose 1.9% after it delivered better profit for the spring than analysts expected. It said customers spent more on travel and entertainment in April than they did before the pandemic, the first time that’s happened.

Information for this article was contributed by Elaine Kurtenbach of The Associated Press.