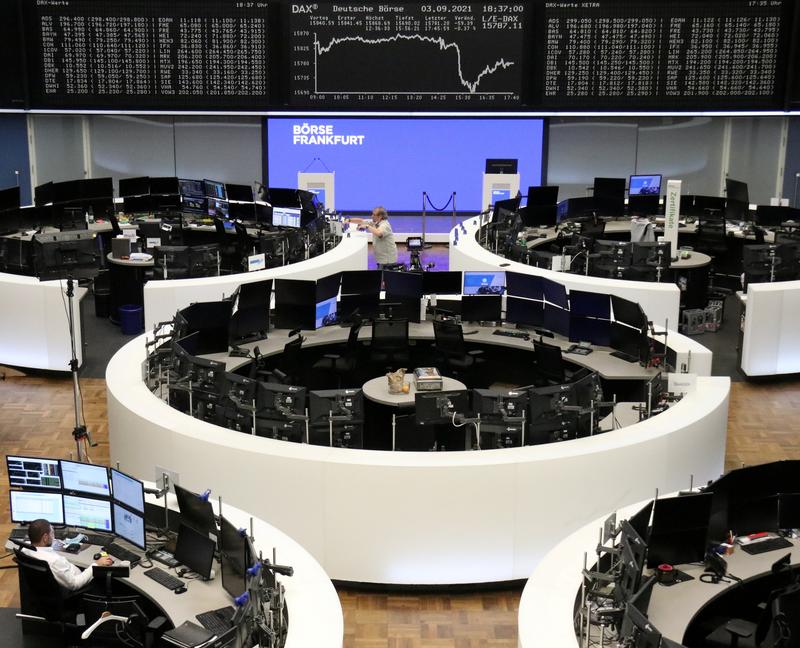 The pan-European STOXX 600 index rose 0.5% to 474.5, holding two points below its all-time high after a weaker-than-expected U.S. jobs data last week boosted hopes of a delayed start to tapering by the Federal Reserve.

While a U.S. holiday is expected to result in thin market volumes on Monday, Asian shares hit six-week highs on talk of more stimulus in Japan and China to counter the economic slowdown due to COVID-19 restrictions. [MKTS/GLOB]

Investors will focus on the European Central Bank meeting later this week amid calls from some of its hawkish policymakers to start paring back its bond purchases as inflation surges and the euro zone economy remains resilient despite rising virus cases.

Last week, BofA Securities upgraded its euro area growth and inflation forecasts, predicting the bloc’s economy to expand 4.8% this year, up from a previous 4.2%.

“Our base case scenario is that the ECB will announce a moderation of asset purchases in Q4 amid a solid economic growth backdrop, easier financing conditions, higher inflation forecasts and lower net issuance of government bonds,” Unicredit analysts said.

Retail, auto and insurance were the other top gainers among European sectors.

Italian defence group Leonardo gained 2.3% after its chief executive officer said the company still aims to list its U.S. unit DRS when the right market conditions are in place.

French supermarket group Carrefour rose 2% on news that France could ease health pass restrictions that are hurting the activity of large shopping malls.

Reporting by Sruthi Shankar in Bengaluru; Editing by Shounak Dasgupta