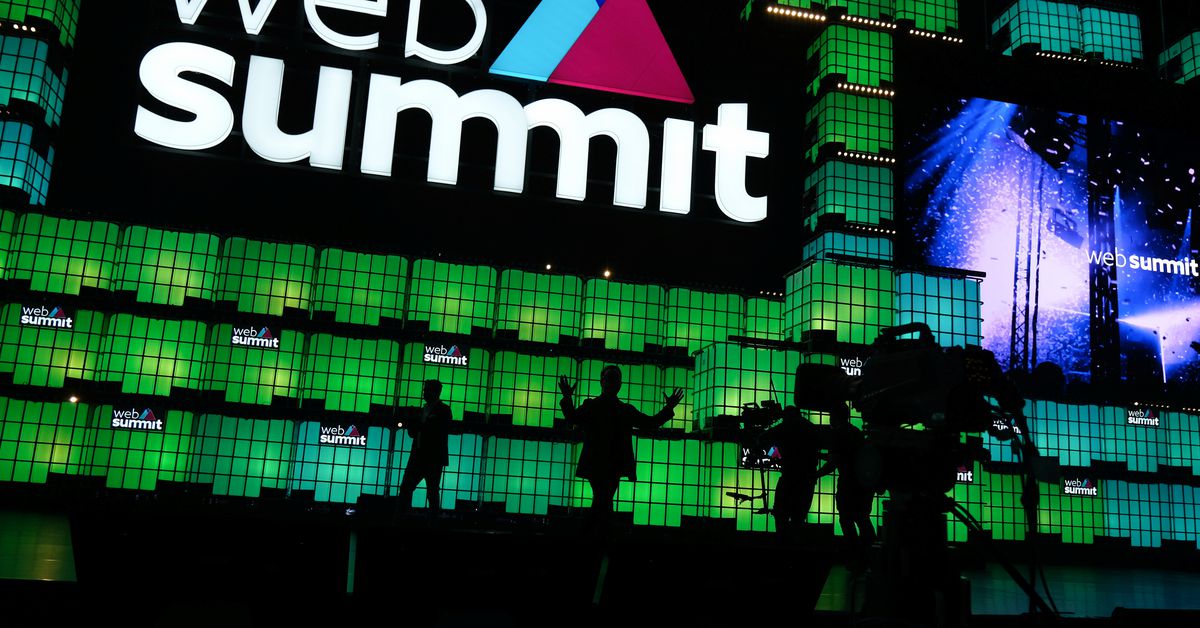 LISBON, Nov 8 (Reuters Breakingviews) – To get a sense of how the pandemic will change the conference business, it makes sense to observe how the most digitally connected and technologically savvy have adapted their behaviour. Judging by the 43,000 people who descended on Lisbon for last week’s Web Summit gathering, not much has changed.

The jamboree of technology companies, entrepreneurs, investors, policymakers, celebrities and other hangers-on made its comeback in the Portuguese city after an enforced two-year hiatus. Like most conferences, the event co-founded by Paddy Cosgrave in Dublin over a decade ago has been forced to adapt to Covid-19. To reduce crowding, the organisers scaled back the maximum number of participants from the 70,000 who attended in 2019. Delegates were required to show proof of vaccination or a negative test to gain access. Once inside, they had to wear masks.

Yet much of what regulars encountered in the vast hangar-like spaces attached to Lisbon’s Altice Arena was reassuringly familiar. Strutting the main stage were the likes of Craig Federighi, Apple’s (AAPL.O) senior vice president of software engineering; World Wide Web inventor Tim Berners-Lee; former soccer star Thierry Henry; and Nikolaj Coster-Waldau, the actor better known as Jaime Lannister in “Game of Thrones”. Out in the conference hall, veteran venture capitalist Tim Draper took pitches from startups in a live version of his U.S. reality TV show. Russian lender Sberbank (SBER.MM), which is offering its 100 million customers a range of digital services, demonstrated smart devices for the home.

Admittedly not everybody showed up in real life. Chris Cox and Nick Clegg of Facebook – recently rebranded as Meta Platforms (FB.O) – beamed in to their sessions from the West Coast of the United States, avoiding a potentially embarrassing encounter with former employee-turned-whistleblower Frances Haugen. On the conference’s opening night she declared that the social network was unlikely to change until founder Mark Zuckerberg handed over the reins. read more

Cox spoke for many when he told the audience that “people are exhausted by videoconferencing”. Yet while his company has hitched its corporate identity to a world where humans interact in a virtual metaverse, many at the Web Summit felt that there was no technological substitute for the in-person meetings, casual conversations and chance encounters that characterise the gathering. “It’s so good to be back with people to feel the energy that I think only comes when you get a large group of people together,” said Microsoft (MSFT.O) President Brad Smith, who arrived in Lisbon after a stop in Glasgow for the COP26 climate summit.

Even startups seeking to cash in on a virtual future were eager to stress their real-world credentials. Take Sorare, a French company recently valued at $4.3 billion, which purveys non-fungible tokens of European soccer players that owners can trade and deploy in fantasy leagues. Founder Nicolas Julia pointed out that buyers would also enjoy tangible benefits, such as meeting real players or attending matches. Magic Leap, a maker of augmented reality headsets which is backed by Google and Alibaba (9988.HK), touted advantages such as helping surgeons visualise planned operations.

Venture capitalists were out in force after being confined to their homes and offices. Lockdowns hardly prevented them from deploying cash, though: venture capital firms invested almost 74 billion euros in Europe in the nine months to September, according to PitchBook, roughly double the total for the whole of 2019. American investors are also taking a greater interest in the continent, participating in roughly a fifth of European deals. Firms like Sequoia and Bessemer Venture Partners have recently opened offices in London.

Others returned from lockdowns with newly urgent post-pandemic visions of their businesses. Operators of shared bikes and electric scooters like Dott, Bolt and Voi argued that they could help make cities more liveable by ridding them of private automobiles. “We should move from cars to scooters and bikes as much as we can,” said Markus Villig, Bolt’s Estonian founder. Some delegates, faced with long waiting times for taxis, responded by venturing onto Lisbon’s cobbled streets on e-scooters.

Busy hotels, booked-out restaurants and loud bars reinforced the sense of people being on the move. TripActions, which helps companies manage travel expenses, confirmed the rebound. Co-founder Ilan Twig said clients which were already using its services before the pandemic were now collectively booking travel worth 71% as much as they did in January 2020, the company’s busiest month to date.

Some of that bounce doubtless reflects pent-up demand which could be reversed by a new strain of Covid-19. Slower economic growth and higher interest rates would also dampen the optimism of would-be entrepreneurs dreaming of web-based riches. But a period of enforced isolation has only reinforced the value of face-to-face meetings, even for those who make their living in the digital realm. The conclusion from Lisbon is that, despite the pandemic, conferences have enduring value.

– The Web Summit conference took place in Lisbon between Nov. 1 and Nov. 4.

Reuters Breakingviews is the world’s leading source of agenda-setting financial insight. As the Reuters brand for financial commentary, we dissect the big business and economic stories as they break around the world every day. A global team of about 30 correspondents in New York, London, Hong Kong and other major cities provides expert analysis in real time.