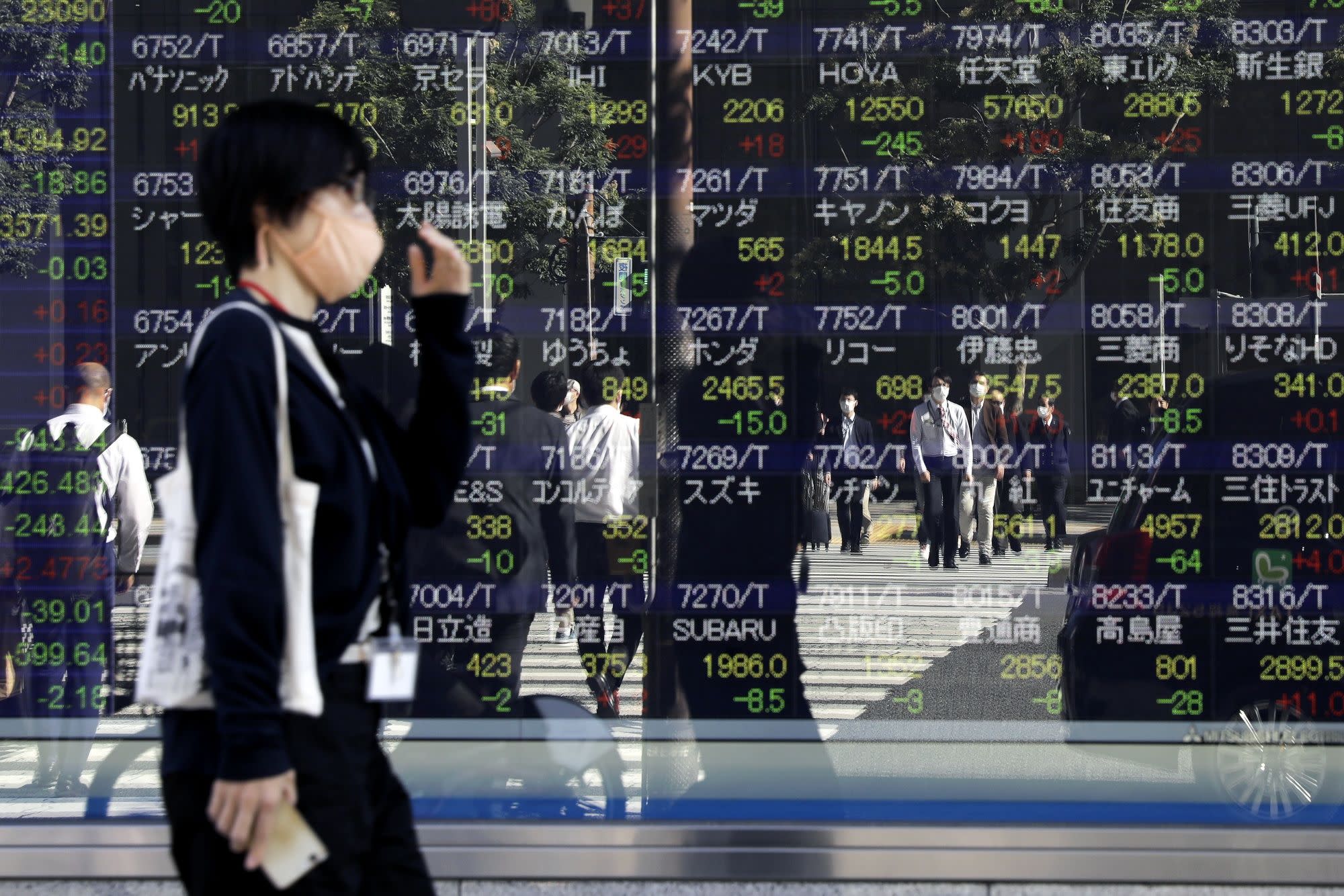 (Bloomberg) — Slumping technology stocks stood in contrast to a broader gain in U.S. equities, exposing the lingering concerns about the ability of the economy to weather less stimulus and rising Covid outbreaks.

While the S&P 500 climbed to another all-time high, the tech-heavy Nasdaq 100 declined along with Amazon.com Inc. Micron Technology Inc. led a decline in chip stocks, which slid for a fourth session. Energy shares rallied with oil. In Europe, the Stoxx 600 Index climbed for a seventh day.

“The move lower in growth, especially the tech sector, may be two-fold,” said Dave Mazza, head of product at Direxion. “First, with the recent outperformance in the space, investors may be taking profits ahead of this week’s inflation data. Secondly, investors may be pricing in tapering by the Federal Reserve sooner than expected considering recent comments from officials.”

Crude oil bounced back from a three-week low on bets that the global demand recovery will remain intact despite the fast-spreading delta virus variant. Treasuries declined while the dollar was stronger against major peers.

Remarks from Atlanta Fed President Raphael Bostic on Monday added to the mix of commentary and economic indicators traders are parsing for clues on the Federal Reserve’s next move. With stocks at or near records on the back of extraordinary stimulus measures, Bostic said that another strong month or two of employment gains should prompt the central bank to taper its asset purchases, and that the Fed should move faster than in past episodes.

At the same time, the spread of the highly contagious delta in corners of the world has raised concern the recovery from the pandemic will be derailed. New coronavirus cases in the U.S. surged to the highest weekly level since early February, while deaths increased the most since December.

“While we may see an increase in market volatility due to the delta variant, we believe the S&P 500 is still likely to see more gains through the end of the year,” said Barry Gilbert, asset allocation strategist at LPL Financial. “Widespread vaccine distribution and distancing measures have helped limit the variant’s impact, but we could still see some drag on economic growth as some restrictions are reintroduced and consumers potentially become more cautious.”

“There’s clearly more focus and concern on the delta variant of Covid, but, to this point, markets have appraised that as a manageable risk and instead are leaning on a strong economy, a boom in corporate profits — not just currently reported but upwardly revised for the rest of this year and next year — and a belief that stocks still are the asset class to be,” Donabedian said. “The market is climbing the wall of worry.”

Elsewhere, stocks rose in Japan, which reopened after a holiday, as well as in Hong Kong and China.

Here are some key events to watch out for this week:

These are the main moves in markets: