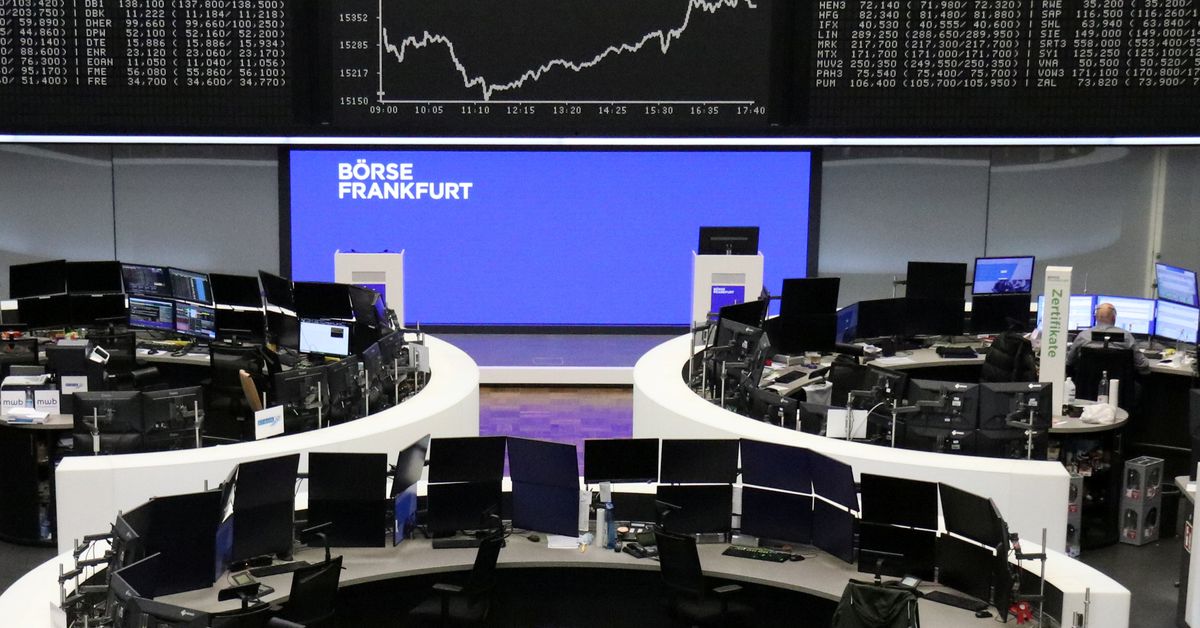 Dec 7 (Reuters) – European stocks jumped 2.5% on Tuesday, boosted by a strong rebound in technology shares as worries somewhat eased over the Omicron coronavirus variant, while German shares surged close to 3% led by automakers.

The continent-wide STOXX 600 index (.STOXX) logged its best session since last November, bouncing back to levels before worries emerged about the new virus variant.

“Last week’s sellers have been rudely pushed out of the way in a mad scramble to get back into equities now that Omicron fears are receding almost as fast as they appeared. Billions have been ‘wiped on’ to share prices since Friday’s lows, December living up to its reputation as one of the strongest months for equities,” said Chris Beauchamp, chief market analyst at IG.

“There’s relief that although global fiscal policy is set to tighten over the next six months, it’s not going to be within the next month,” said AJ Bell financial analyst Danni Hewson.

The carmakers jumped over 8% each after a report that the Porsche and Piech families, who control Volkswagen’s largest shareholder, are considering selling part of their VW stake and using the proceeds to buy a substantial number of shares in Porsche. read more

Carmaker Stellantis (STLA.MI) advanced 3.6% on plans to generate around 4 billion euros ($4.52 billion) by 2026 and about 20 billion euros by 2030 from software offerings. read more

Defensive sectors such as healthcare (.SXDP) and food & beverages (.SX3P) were among decliners on STOXX 600.

Reporting by Anisha Sircar in Bengaluru; editing by Shinjini Ganguli and Bernadette Baum