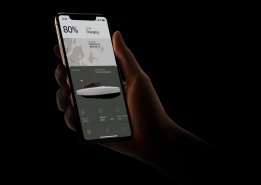 An energy-efficient small hydrofoil is selling well in the Scandinavian market, according to its Swedish maker.

The 28-foot vessel, the Candela C-8, is made for rapid mass production and priced to be “in line with conventional premium, fossil-fuel boats”, Candela said.

Its electric motors are in a torpedo-shaped pod beneath the water which reduces noise and eliminates the need for mechanical gears.

The vessel is controlled by panoramic computer touch screen and can cover around 92 kilometre cruising at 22 knots on one charge of its 45-kWh battery, according to the company.