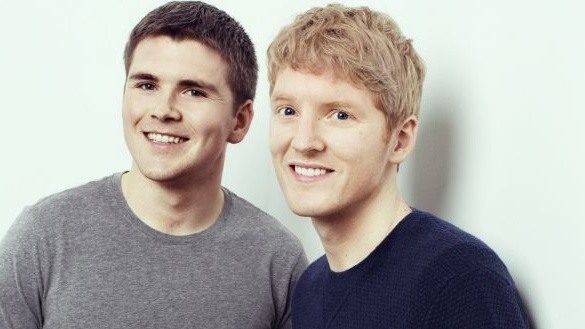 Stripe is to create “hundreds” of highly skilled software engineering roles in Dublin over the next three years. The new roles are in addition to the more than 1,000 jobs announced by the company for its Irish operation in March.

Founded by Patrick and John Collison in 2010, the online payments company established an engineering hub in Dublin three years ago, its first outside the US. The Irish operation is seen as having performed beyond expectations with new products, including the recently launched Stripe Tax solution, having been developed locally.

The new investment is supported by the State through IDA Ireland. Stripe wouldn’t be drawn on the exact number of engineering jobs to be created but it is understood to be in the hundreds.

Founded in the US, the payments company is now dual-headquartered in San Francisco and Dublin. In recent years it has shifted focus away from Silicon Valley with Dublin now seen internally as the default option when it comes to expansion.

The company, which employs more than 4,000 people, including 400 in Dublin, announced plans to significantly increase headcount in the Republic earlier this year following a new $600 million (€500 million) fundraising round that included participation from the Irish Strategic Investment Fund. It said at that point it would create more than 1,000 roles across a number of functions over the next five years.

The payments company’s solutions are currently live in 44 countries, 31 of which are in Europe.

“Ireland has emerged as a global leader in software development, and Stripe’s Dublin engineering hub has been enormously successful in building new product features and driving our international expansion. So it makes perfect sense for us to double-down on Ireland as we grow our engineering presence in Europe,” said Matt Henderson, Stripe’s EMEA business lead.

While the company does offer remote-working options in the US, it is believed the new engineering roles will be largely office-based.

“Stripe is a leader in its industry and growing rapidly at scale with clear ambitions for continued expansion. The opportunity to pioneer new approaches to global money movement right here in Ireland will have a lasting and positive impact at home and abroad,” said Martin Shanahan, chief executive of IDA Ireland.

“The growth of Stripe’s Dublin engineering hub will serve to further embed Ireland as a recognised global software leader, and the hundreds of new jobs being created will make a significant contribution to the national economy,” he added.

Valued at $95 billion (€80 billion), Stripe is one of the most valuable privately owned companies globally. Its valuation has almost tripled since last year, partly on the back of a huge increase in businesses looking to use its products. Overall, more than 300,000 new businesses got started on the company’s platform during the Covid crisis.

Stripe was first declared a “unicorn” – a privately owned company valued at more than $1 billion – in 2014. The company handles hundreds of billions of dollars in transactions each year for its clients, which includes well-known brands such as Amazon, Uber, Google and Zoom.

Stripe Tax, which works across more than 30 jurisdictions including the Republic, is to be made available in more countries, including Canada, the company said on Thursday. The product, which was launched in June, helps businesses automatically calculate and collect tax. It is one of many solutions Stripe has developed over the years, which are aimed at helping it “grow the internet’s GDP”.

Although Stripe has been hoovering up business, its founders say only a small fraction of financial transactions are currently conducted online.