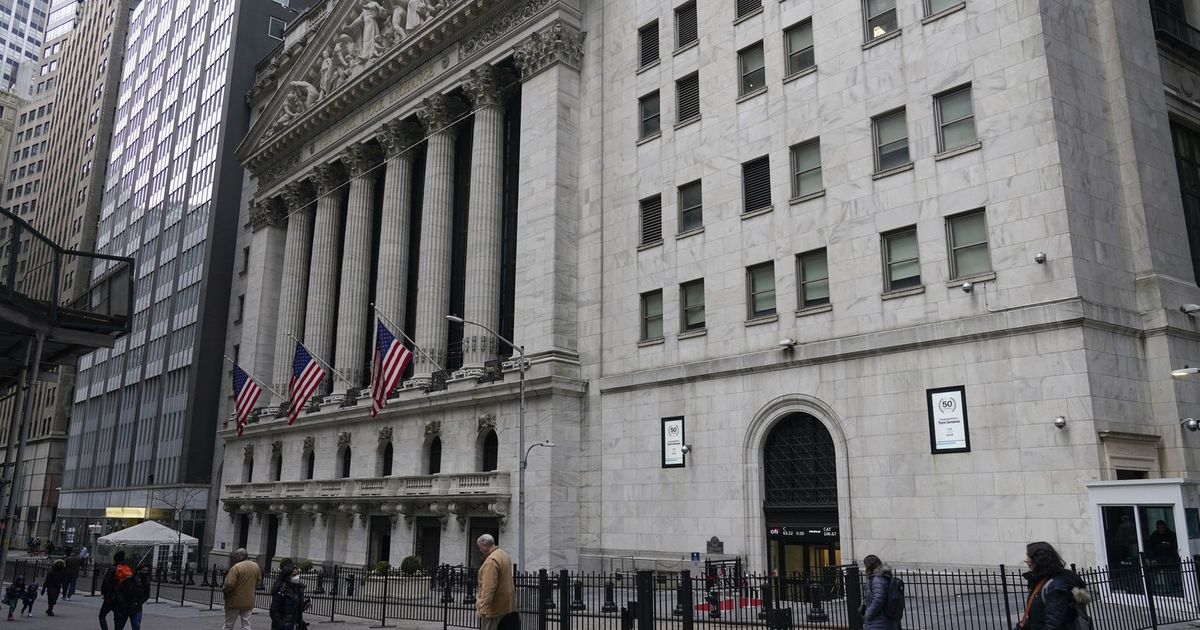 NEW YORK (AP) — Technology companies led stocks lower Thursday after another day of choppy trading on Wall Street as global markets keep swinging on uncertainty about where inflation, interest rates and the global economy are heading.

The S&P 500 fell 0.4%, its fifth drop in the last six days. The slide marks another reversal for U.S. stocks, which just a day earlier surged to their biggest gain since June 2020 when a tumble for oil prices seemed to take some pressure off the world’s high inflation.

Oil prices had their own swings Thursday, with a barrel of U.S. crude jumping as much as 5.7%, before flip-flopping between gains and losses. It settled at $106.02, down 2.5%. Recent surges for energy prices have raised the risk that the economy is set to struggle under a toxic cocktail of stagnating growth and persistently high inflation.

Oil’s back-and-forth moves were just some of the waves of reports that buffeted markets worldwide. The European Central Bank said high inflation will push it to wrap up its bond-buying program meant to boost its economy faster than expected. In the U.S., a report showed that consumer prices leaped 7.9% in February from a year earlier. It’s the sharpest spike since 1982, though the reading was largely within expectations.

Altogether, the forces caused a reversal for many of the market’s moves from a day before.

Such swings have become common in recent weeks, not only day-to-day but hour-to-hour, after Russia’s invasion of Ukraine raised worries about how high prices will go for oil, wheat and other commodities produced in the region. Markets were already on edge before the war because high inflation is pushing central banks to raise interest rates for the first time in years and halt programs launched to support the global economy after the pandemic struck. Many investors see a recession as still unlikely, but they say the risk of one is rising.

“Until investors can get clarity on some of these topics, we’re going to continue to have volatile markets,” said Charlie Ripley, senior investment strategist for Allianz Investment Management.

Analysts said Thursday’s U.S. inflation report, while eye-popping, likely won’t have much effect on markets. The 7.9% leap was exactly what economists were forecasting, and it did not include the most recent surge for oil and gasoline prices following Russia’s invasion of Ukraine. If anything, it may have offered some relief because it didn’t hit the 8% threshold that could feel even worse.

Many investors said the report likely won’t change anything for the Federal Reserve, which meets next week to vote on interest rates. The wide expectation is that it will raise its key short-term rate by a quarter of a percentage point, which would be the first since 2018. Higher rates slow the economy, and the Fed is trying to raise them enough to tamp down inflation but not so much that it causes a recession.

“The Fed will likely acknowledge the higher food and energy costs, but also acknowledge that there’s little to nothing that monetary policy can do about it,” he said as oil and wheat prices have surged following Russian President Vladimir Putin’s decision to invade Ukraine. “Monetary policy can’t get Putin to back down.”

The yield on the 10-year Treasury, which tracks expectations for inflation and economic growth, wavered immediately after the inflation report’s release. It rose to 2% from 1.94% late Wednesday.

The two-year Treasury yield, which moves more on expectations of what the Federal Reserve will do with short-term rates, rose to 1.71% from 1.68%.

On Wall Street, the losses were widespread. Big tech companies were some of the heaviest weights on the market. Chip and software companies slumped sharply. Micron Technology fell 4.7% and Advanced Micro Devices slid 4.1%

On the winning side was Amazon, which climbed 5.4% after it announced a 20-for-1 stock split and approved a program to buy back up to $10 billion of its stock.

Continued market volatility is likely in the days ahead as the conflict rages in Ukraine.

“Markets seem to have latched onto a couple of slightly less dismal clues as an excuse to rally hard,” ING economists said in a report following jumps for stocks on Wednesday and early Thursday. “The basis for that optimism — it’s actually pretty thin.”