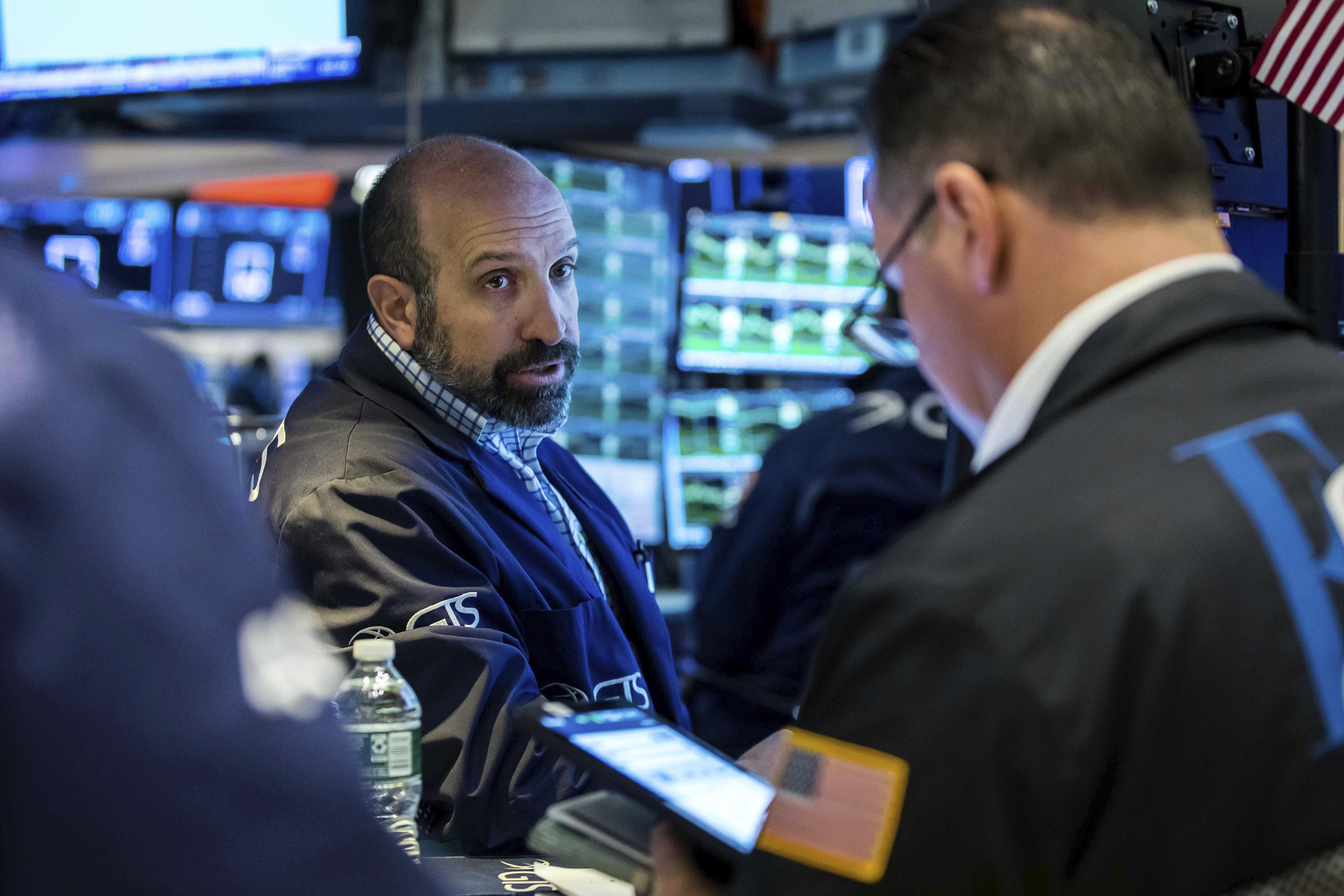 The lackluster finish punctuated a wobbly start for stocks, the latest turbulence for the market as traders brace for more earnings reports from major U.S. companies this week.

The S&P 500 saw most of a midday rally evaporate and wound up with a gain of just 0.2%. The Nasdaq ended just barely in the red after the tech stock rebound petered out. The Dow Jones Industrial Average edged up 0.2%.

The indexes rallied to a strong finish late Monday only to slump on Tuesday. They are all down 1.5% or more so far this week.

“We’re kind of in this time period where we’re in front of the Fed, earnings are OK, but the forward look at just how sustainable earnings growth might be, those are certainly open questions for people in this environment,” said Eric Freedman, chief invesment officer at U.S. Bank Asset Management Group.

Software giant Microsoft rose 4.8% after reporting strong profits for its most recent quarter. Payments processing giant Visa jumped 6.5% after reporting a surge in profits fueled by a large jump in spending on the company’s namesake credit and debit card network.

Investors were also focused on earnings from industrial companies and various retailers. Boeing slumped 7.5% after it reported a loss that was far worse than Wall Street expected. Chipotle rose 2.6% after reporting solid financial results.

Twitter, Apple and Amazon will report their results on Thursday.

The latest round of company earnings comes amid lingering concerns about rising inflation and plans from central banks to raise interest rates in order to temper the impact of higher costs on businesses and consumers. Investors are closely watching to see how companies have fared amid supply chain problems and higher costs while assessing how consumers are dealing with higher prices for everything from food to clothing and gas.

“Everyone is dealing with this sort of whack-a-mole of risks that seems to be getting bigger as days and months go by,” said Katie Nixon, chief investment officer for Northern Trust Wealth Management.

The U.S. Federal Reserve is set to aggressively hike rates as it steps up its fight against inflation. The chair of the Fed has indicated the central bank may hike short-term interest rates by double the usual amount at upcoming meetings, starting next week. It has already raised its key overnight rate once, the first such increase since 2018.

Bond yields have generally been rising throughout the year as investors prepare for higher rates. The yield on the 10-year Treasury rose to 2.83% from 2.77% late Tuesday.

Wall Street remains focused on inflation’s path forward amid lingering threats from Russia’s war against Ukraine and the virus pandemic.

Natural gas prices surged as much as 24% over the last day in Europe and the euro weakened after Russia said it would cut off supplies to Poland and Bulgaria. Natural gas and oil prices had already been rising as the pandemic eased and demand increased, but the Russian invasion of Ukraine has added to price increases. Crude oil and and natural gas prices have jumped so far in 2022 and that has made gasoline and heating more expensive for consumers.

Strict lockdown measures in China have also added to concerns about slowing economic growth because of damage to the world’s second-largest economy. The flow of industrial goods has been disrupted by the suspension of access to Shanghai, home of the world’s busiest port, and other industrial cities including Changchun and Jilin in northeast China.