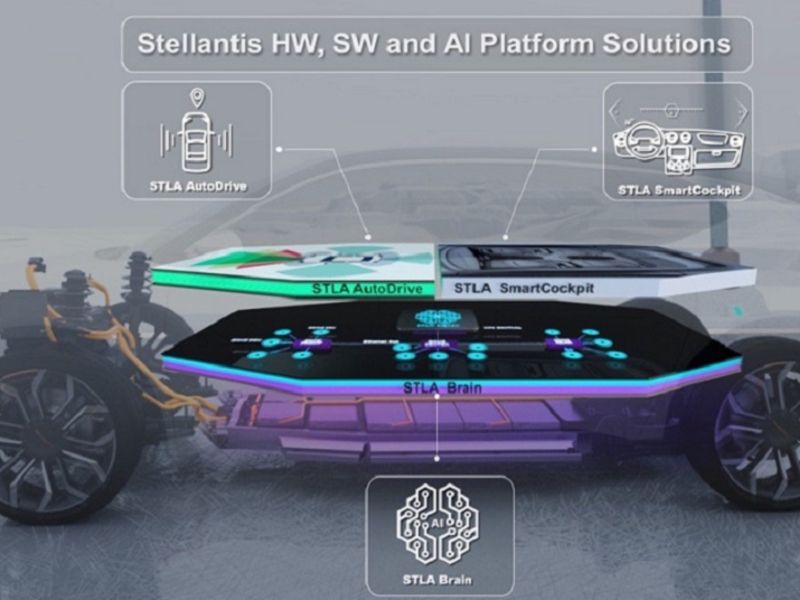 MILAN — Stellantis plans to generate around 4 billion euros ($4.5 billion) in additional annual revenues by 2026 and around 20 billion euros ($23 billion) by 2030 from software-enabled product offerings and subscriptions.

Presenting its long-term software strategy on Tuesday, the automaker said it expected to have 34 million connected vehicles on the streets by 2030 from 12 million now.

Stellantis said that, starting from 2024, it would deploy three new technological platforms powered by artificial intelligence, to be named STLA Brain, STLA SmartCockpit, and STLA AutoDrive.

The software business will generate high margins more like those at tech companies than the traditional auto business, Stellantis CEO Carlos Tavares said on Tuesday. He said the services and subscriptions that Stellantis will offer customers can help their vehicles last longer and have higher resale values.

Mamatha Chamarthi, the head of Stellantis’ software business, said service and subscriptions will be “uniquely brand-specific” to differentiate the company’s 14 brands.

The company will offer over-the-air upgrades that can upgrade customers’ vehicles in real time, she said. Dodge owners will be able to receive performance upgrades that deliver “an immediate horsepower boost while retaining emissions compliance,” she said. Alfa Romeo vehicles can get a sportier driving experience, while Ram pickups can increase their payload capability.

In the past, making more money in the auto business meant selling customers on more options and higher-priced trim levels, Chamarthi said, but “our future is about offering customers software-based services.”

In 2022, Stellantis plans to roll out an insurance product that sets premiums based on a vehicle’s usage. It is scheduled to be introduced through the company’s captive lenders in Europe and North America before expanding to other parts of the world.

“This is something that will put Stellantis among the leaders, if not the leader, in software and electronics,” he said on a call with reporters.

“We really see software as a growth opportunity, something that can make a huge difference,” Bonnefont said, adding that updates that could be done every quarter would bolster profit margins.

Stellantis will move its vehicles from current dedicated electronic architectures to an open software platform, leveraging its partnerships,  Bonnefont said. “We don’t want to do everything by ourselves,” he said.

Stellantis and Foxconn said on Tuesday they have signed a preliminary agreement to create a second partnership to co-design a family of dedicated microcontrollers that will eventually cover 80 percent of Stellantis’ needs.

Stellantis and Waymo will start working on autonomous commercial vehicles for delivery services, the automaker said.

Stellantis also has a partnership with BMW that dates back to a 2017 agreement with Fiat Chrysler to develop a self-driving vehicle platform. This will become one of the three platforms promoted Tuesday by Stellantis.

Stellantis, which was formed in January by the merger of Fiat Chrysler Automobiles and PSA Group, plans to boost the number of software engineers to 4,500, excluding through partnerships, with a hiring push and a dedicated academy to retrain staff members.

Software is playing an increasing role in vehicles, managing electric motors and batteries, and set-up and support for a wide range of functions such as autonomous driving, entertainment and navigation.

After electrification, developing software architectures with digital and self-driving features that automakers can charge extra for is fast becoming the next battleground.

Tesla is widely seen as having a lead in software capability, while legacy automakers are scrambling to catch up.

VW set up a standalone software business called Cariad to pool its sprawling software efforts, though it has suffered a number of setbacks in getting off the ground.

Ford has hired a veteran of Tesla and Apple to spearhead digitization efforts, while Toyota’s R&D unit is preparing an operating system with over-the-air software updates.

By 2030, more than a fifth of automotive revenue will be software-derived, according to consultancy Capgemini.