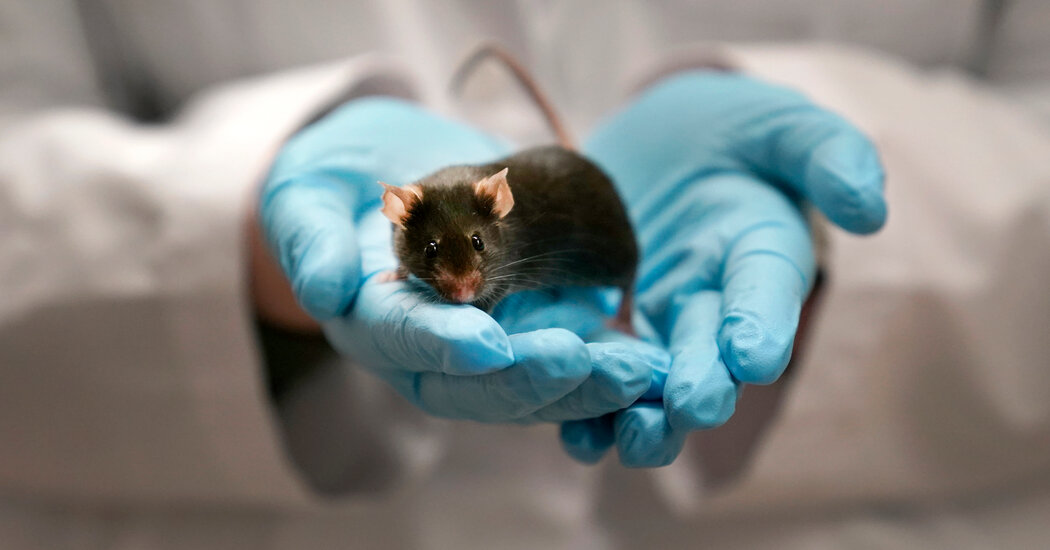 When she was successful, Dr. Iram said, the result was about 10 microliters of cerebrospinal fluid — roughly one-fifth of the size of a drop of water. To collect enough for infusions, she had to do the procedure on many hundreds of mice, taming the technical challenges that Dr. Wyss-Coray had warned of by sheer force of repetition.

“I like doing these types of studies that require a lot of perseverance,” Dr. Iram said. “I just set on a goal, and I don’t stop.”

To infuse the young cerebrospinal fluid into old mice, Dr. Iram drilled a tiny hole in their skulls and implanted a pump below the skin on their upper backs. For comparison, a separate group of old mice was infused with artificial cerebrospinal fluid.

A few weeks later, the mice were exposed to cues — a tone and a flashing light — that they had earlier learned to associate with shocks to their feet. The animals that had received the young cerebrospinal fluid infusion tended to freeze for longer, suggesting that they had preserved stronger memories of the original foot shocks.

“This is a very cool study that looks scientifically solid to me,” said Matt Kaeberlein, a biologist who studies aging at the University of Washington and was not involved in the research. “This adds to the growing body of evidence that it’s possible, perhaps surprisingly easy, to restore function in aged tissues by targeting the mechanisms of biological aging.”

Dr. Iram tried to determine how the young cerebrospinal fluid was helping to preserve memory by analyzing the hippocampus, a portion of the brain dedicated to memory formation and storage. Treating the old mice with the fluid, she found, had a strong effect on cells that act as precursors to oligodendrocytes, which produce layers of fat known as myelin that insulate nerve fibers and ensure strong signal connections between neurons.

The authors of the study homed in on a particular protein in the young cerebrospinal fluid that appeared involved in setting off the chain of events that led to stronger nerve insulation. Known as fibroblast growth factor 17, or FGF17, the protein could be infused into older cerebrospinal fluid and could partially replicate the effects of young fluid, the study found.