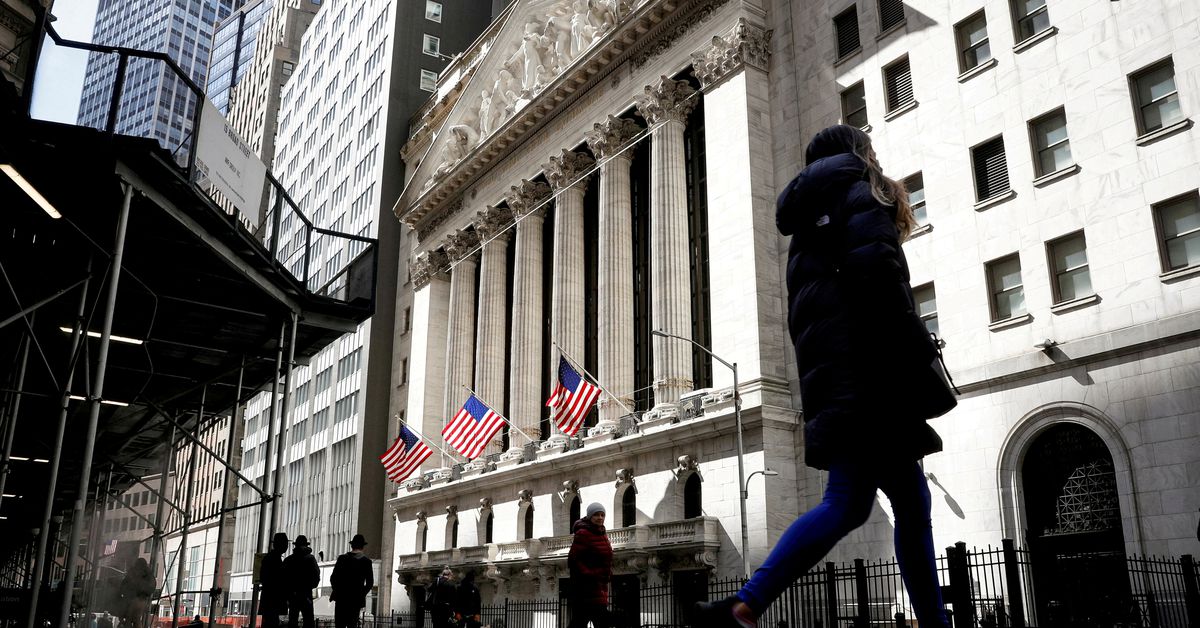 NEW YORK, Nov 18 (Reuters) – Both the S&P 500 and the Nasdaq eked out record closing highs after a topsy-turvy Thursday on Wall Street, as investors focused on upbeat retail and technology earnings which outshone hawkish inflation comments from a Federal Reserve policymaker.

By contrast, the Dow continued to play the laggard, registering its third decline this week, as Cisco Systems Inc (CSCO.O) weighed on the benchmark.

Both the S&P and Nasdaq (.IXIC) had rebounded by late morning though, with the latter supported by Nvidia (NVDA.O). The chipmaker jumped 8.2% after beating quarterly estimates and forecasting strong fourth-quarter revenue. read more

Macy’s Inc (M.N) surged 21.1%, its largest one-day percentage gain in decades, after it raised its annual earnings guidance and flagged plans for a potential spinoff of its ecommerce division. read more

The S&P 500 retailing index (.SPXRT) gained 2.8% to break its record peak for the third session this week, as investors viewed the earnings as a signal of robust consumer demand that has persevered through rising inflation, and that retailers were set for a strong holiday season.

“The consumer is stronger than expected; it’s good news for the country as a whole. A stronger consumer is a reflection of a strong economic bounce,” said Mike Zigmont, head of research and trading at Harvest Volatility Management in New York.

Still, concerns over further increases in price pressure, along with uncertainty over the Fed’s plans for tightening have kept Wall Street muted this week.

“We definitely hit overbought territory and settling in is going to be healthy for us to take the next leg up,” said Eric Metz, chief investment officer of Chicago-based SpiderRock Advisors.

“Outside of Fed policy or large earnings disappointments, I think there’s some pretty stable footing underneath us, but markets can be fickle and so staying prudent is the name of the game right now.”

The Dow lagged its peers on steep losses in network gear maker Cisco, which tumbled 5.5% after it forecast current-quarter revenue below expectations due to supply chain shortages and delays. read more

Visa Inc (V.N) declined for a second day, with its 0.8% fall taking it to its lowest close since Feb. 3, after news that Amazon.com Inc (AMZN.O) may pare back its relationship with the payments company. read more

Volume on U.S. exchanges was 11.09 billion shares, compared with the 11.14 billion average for the full session over the last 20 trading days.

Reporting by Ambar Warrick and Devik Jain in Bengaluru and David French in New York; Editing by Sriraj Kalluvila and Lisa Shumaker