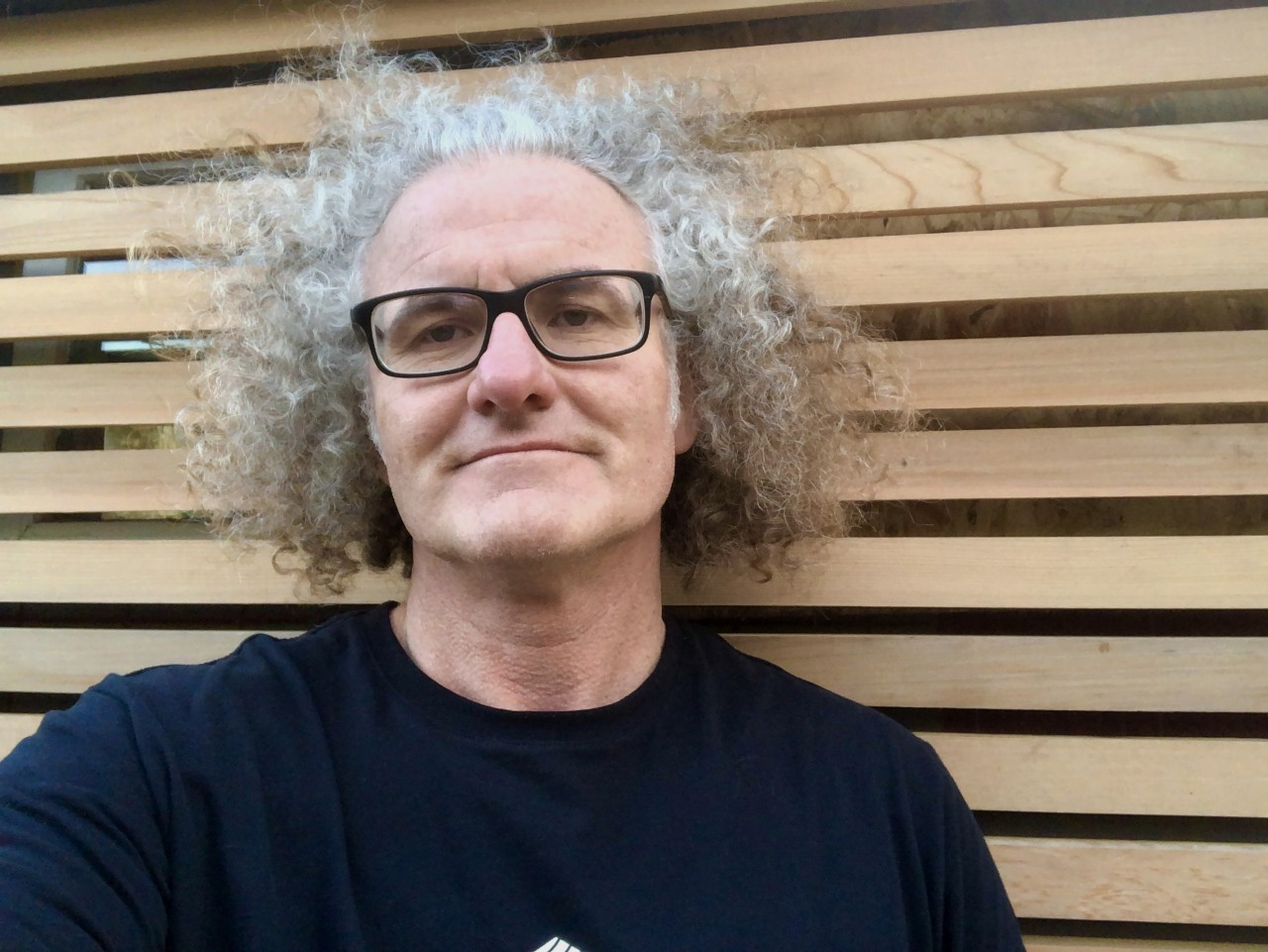 Welcome to So You Want My Job? where each week we ask the people working in some of the industry’s coolest jobs about how they got where they are. And, along the way, we dig into their philosophies, inspirations, processes and experiences. Hopefully, our interviewees can help inspire you to pursue (or create) a job that’s just as exciting.

This week we speak to Wayne Deakin, executive creative director for EMEA at Huge. But first, a reminder that you can subscribe to our bi-monthly newsletter, Working it Out, which gathers up the best new marketing vacancies and helps you get interview-sharp.

What did you want to be when you were growing up?

I grew up in a small fishing village in Queensland – the same place as Steve Irwin, actually. He was a friend, but it was a small community. Everyone knew each other.

Arguably, surfing and advertising don’t have a lot in common – if you make a bad decision during a big pitch, for example, you’re almost definitely not going to die like you do when you surf big crazy waves. But surfing taught me resilience and fearlessness, and those are useful skills I guess.

How did you get your job?

I didn’t do well at school. I didn’t know at the time, but I’m on the Asperger’s spectrum. I only gave a shit about the things I was interested in and the traditional education model wasn’t for me – I work better when I can walk around rather than sit at a desk, for example.

I quickly realized that I wasn’t going to make a living as a surfer and also wasn’t good looking enough to land any major sponsorship deals. I didn’t know what else I wanted to do. I found myself on a beach where an ad was being filmed. I could see these two young guys who were part of the shoot having a great time and wondered how the hell they’d ended up with that job. I talked to them and they turned out to be creatives.

That led me to discover the Award School, an apprenticeship scheme for aspiring creatives. It is open to anyone (even those not at art school) and transforms raw creativity into industry-ready thinking – similar to the D&AD’s schemes in the UK. I applied for it without even knowing what jobs really existed in advertising and won a place.

It was there that discovered I had a talent for design, copywriting and art directing. I met Bill Bristow, one of the co-founders of BCM, who gave me my first job, which I worked while going to college.

From there I went on to roles at a bunch of big famous Oz names before moving about Asia, the United States and then Europe. Even having worked for some of the most well-known agencies and having won lots of awards, I still have imposter syndrome, to be honest. It’s irrational, but sometimes I worry I’ll get ‘found out’, that people will realize I didn’t end up here in a ‘proper’ way.

Any funny stories or anything you would do differently?

Loads that I can’t share here! But I guess it would’ve been great if I’d known about our industry earlier in life, so I didn’t have to discover it in such a roundabout way. Or, you know, if I’d had a rich dad and saved myself some hassle.

OK, so what do you actually do? How would you explain your job to a taxi driver?

I try to avoid it. If I have to tell people, I say I make websites or do graphics because they understand what that is and change the conversation. But what does an ECD actually do?

The honest answer is, I don’t really know. The way I see it is, my job is to bring the best out of people and to create a safe culture in which good ideas and the best craft can happen.

Do your parents understand what you do?

My mum doesn’t have a clue, although sometimes she finds something that’s been written about me and prints it out to show off to her friends at a barbecue.

Sadly, my dad died a while back. He was one of those people who was a tough cookie but also inspiring. When I’d had a tough time, he’d show me a picture of a friend of his who lost his all limbs in the Vietnam War. “That’s a tough time,” he said.

I don’t think he gave a shit what job I did or what level I got to, as long as I was a good human.

What do you love most about your job?

I think I like solving challenges. That’s the main thing – solving business problems with creativity. I also love the craft, the geeky design things and boring detail that other people hate – like, not just why we’ve used a certain font but the rationale behind the weight and foundry we chose.

What advice would you offer to others entering the advertising industry, especially at this weird time?

If you’re just interested in getting any job in advertising then get good at doing lots of different things – that way you’ll always be employable. But if you want to be happy, don’t try and be good at everything. Do one thing brilliantly, better than anyone you know. I think our industry would really benefit if there were more people like that, more specialists with deep knowledge and capabilities.

What would you say is the one trait that best suits you to your role?

From a creative perspective, I think it’s spotting good work and talent. From a leadership angle, I’m lucky enough to have a really solid track record of winning pitches and I think that’s partly down to my policy of only ever turning up with one idea, but one I believe in completely. That policy doesn’t stem from a misguided belief that all my ideas are great, though. It comes from listening to what the client’s problem is.

So, I would say a willingness to listen, being open and being confident – I know that’s three traits, not one.

And actually, I have a fourth one: being calm. That’s also useful.

Who should those who want your job be reading or listening to?

I do read books about creativity and leadership, but what’s probably more relevant is the fact I’m a massive consumer of culture of all kinds. I love films, magazines, podcasts, music; my partner is a sculptor and through her I get to discover amazing contemporary art.

I also love science and behavioral psychology, so I read a lot about that. I even did a masters in cognitive science somehow along the way so I could learn more about how my brain works, and how my kids’ brains work.

That’s not to say you have to be interested in the same things as me – more a suggestion that if you’re not naturally curious about people or interested in what’s going on in the world, then this industry might not be for you.