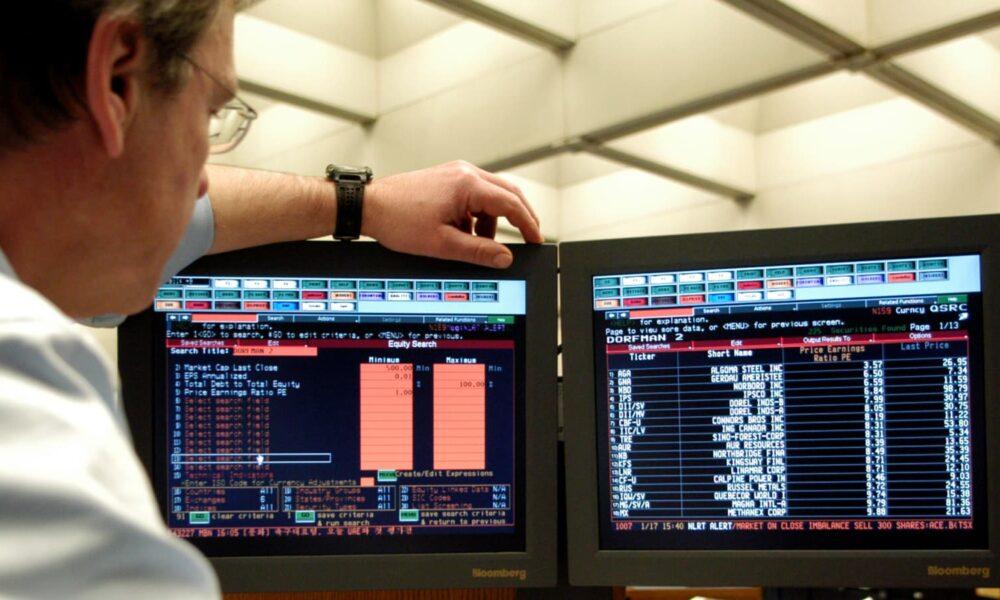 Markets endured another night of high drama overnight thanks to the latest omicron return of serve by the CEO of Moderna, and Jerome Powell shifting to what can only be interpreted as a hawkish stance in testimony on the Hill. The Moderna CEO raised questions about the efficacy of present vaccines and omicron late in Asia yesterday, which stopped the recovery rally in its tracks. Equities tumbled in late Asia, Europe and the US, while investors poured cash into Bunds and US Treasuries, flattening the US curve, and the haven Yen and Swiss France jumped. Oil prices, perhaps the most schizophrenic market out there at the moment, collapsed once again, and we haven’t even got to OPEC+ yet.

Jerome Powell, testifying on the Hill yesterday, added to the tumult, retiring the word “transitory” as his favourite pronoun for inflation, and suggesting that the Federal Reserve could unwind monetary stimulus faster than previously announced. The abrupt change of direction caught markets off guard and deepened the malaise in equity markets, while short-dated US yields rose as long-dated ones were falling on omicron-haven inflow, the yield curve flattening substantially overnight.

Treasury Secretary Yellen, also testifying, pleaded with Congress to extend the debt ceiling, saying a recession could follow and that the government would run out of money around the middle of the month. This story has been off the news front pages for a while now and had little impact once again overnight. Markets clearly believe some sort of bipartisan deal will still occur once the chest-puffing is over.

The Powell comments would have had a far greater impact, I believe, if the Moderna omicron story had not done some of the work for markets already. In the case of bond markets, haven buyers of long-dated US yields overwhelmed any inclination by investors to sell treasuries and steepen the yield curve once again. That was also evident in European markets, where Eurozone inflation exploded higher to 4.90% but Bund yields fell. It was left to currency markets to take the strain, with the US Dollar falling across the board and the Euro rallying along with the haven currencies. Perhaps the most confusing move was the US Dollar falling versus the EM space. I am taking the EM FX rally overnight with a massive grain of salt, and I can only surmise that month-end flows played their part.

I warned yesterday that the only winner in December was likely to be volatility as the street sells everything on any negative omicron headline, and then buys everything back on any hint that the new variant isn’t as serious as we all thought. Despite the awful New York session, the fallout in Asia and Europe may not be so bad thanks to a story out of Israel released by Italy 24 News no less. The story quotes the Israeli Health Minister as saying three doses of vaccine (in Israel it is Pfizer), protects from omicron and there is no need to panic. When a politician says, “no need to panic,” I always get nervous, but, financial markets now have their hope is eternal, straw of the day, to grasp at now. Tomorrow is another day though, and I have no doubt that another headline will have the mindless herd we call the financial markets, stampeding the other way.

If we can strip out the noise, I would grasp two themes from overnight. Firstly, European inflation has joined the inflation bonfire and markets are now starting to price that the world’s government debt monetiser-and-chief, the ECB, may have to respond, hence the rally in the Euro overnight. I think that is a false hope. Secondly, Chairman Powell’s comments were a decidedly hawkish change of direction and the mid-month FOMC meeting will be live for a faster taper. Distortions from omicron pushed aside, the US yield curve should steepen, and the US Dollar rally will return in Q1 2022.

Back in the real world, we have had quite a bit of data out of Asia today. Australian Ai Group Manufacturing Index for November jumped to 54.8 and Markit Manufacturing PMI to 59.2. Australian Q3 GDP QoQ contracted by just -1.90%, far better than the -2.70% forecast. The data suggests that the lucky country weathered the Q3 lockdowns better than expected and is recovering in Q4 at a vigorous pace. House prices even went up in Brisbane more than they did in Sydney.

Perhaps the only blot on the copybook today has been China’s Caixin Manufacturing PMI which retreated from 50.6 in October to 49.9 in November. The fallout should be minimal as the official PMI climbed to 50.1 yesterday. It still suggests that China faces challenges regarding input costs, and energy, although the squeeze in the latter has eased somewhat. The trade surplus remains very healthy though, and the overall picture from Asia is that its post-delta recovery continues to gain momentum despite supply chain challenges. Obviously, omicron could change that picture, but it is far too soon to draw conclusions.

A number of heavyweight Markit Manufacturing PMIs, including Germany and France, are also released today, as well as the ISM Manufacturing PMI. They should hold steady in expansionary territory whilst revealing supply chain and material cost challenges under the bonnet. With omicron dominating market direction, their impact will be minimal. US ADP Employment could print above 500,000 jobs added tonight, giving weight to a stronger Non-Farm release on Friday and perhaps increasing the Fed tapering noise.

A mixed day for Asian equities.

The Moderna CEOs concerns about vaccine efficacy and omicron torpedoed late closing Asian equity markets overnight, as well as Europa and US markets. A hawkish Jerome Powell darkening an already dark day for Wall Street. However, US index futures are strongly rallying this morning on what I assume to be a follow-through from comments out of Israel that booster shots would offer omicron protection. That has also lifted some Asian markets.

In Asia, the picture is mixed, with late closing markets yesterday outperforming earlier closing ones that missed the Moderna headlines and are playing catchup. Thankfully, the rise in US index futures is taking the edge of regional losses. The Nikkei 225 is 0.70% higher with the Kospi leaping 1.60% higher, coat-tailing the Nasdaq futures. In China, the Shanghai Composite and CSI 300 are flat after a softer Caixin PMI and nagging property sector debt repayment concerns. The Hang Seng is showing no such worries, rocketing 1.45% higher.

Regional markets are mixed today. Taipei is unchanged as Singapore rallies sharply, rising higher by 1.40%, but Kuala Lumpur has fallen by 0.80% and Jakarta by 1.15%, hampered by the overnight slump in oil prices. Bangkok is 1.40% lower with Manila falling 0.55%. Australian markets are also in the red but only modestly. The All Ordinaries has fallen by 0.55%, with the ASX 200 down just 0.35%.

The price action this morning highlights that omicron headlines continue to dominate intra-day market direction despite some major developments from Jerome Powell overnight. European markets are likely to follow North Asia higher for exactly the same reasons and in an environment of schizophrenic tail-chasing, the only winner this week will be volatility.

A confusing night on currency markets.

It is difficult to unpick the overnight movements in currency markets. The Moderna omicron headlines sent haven currencies such as the Japanese Yen and Swiss Franc soaring, but the US Dollar also faded badly versus the Euro and the emerging market space. Inflows into the German Bund market will have assisted the Euro, but heighteded concerns over omicron should have weakened EM currencies, not strengthened them. Additionally, a hawkish Powell narrative in overnight testimony should have been US Dollar positive, although the US yield curve flattened afterwards.

I can only surmise that in the confused menagerie of overnight trading, month-end institutional flows played their part in the US Dollar’s demise. Notably, the Sterling and Australian and New Zealand Dollars barely moved on a closing basis, despite the EM FX rally. That suggests the risk sentiment remains fragile and that the EM rally overnight should be taken with a huge grain of salt. The prospect of a faster Fed taper and earlier hikes in 2022 should start to reassert themselves.

The US Dollar has strengthened this morning, notably against the majors, perhaps as risk sentiment has recovered. That is evidenced by the 0.40% rise by AUD/USD and NZD/USD today, which are key barometers of market risk sentiment. Both currencies remain vulnerable to headline risk though and a move below their 2021 lows at 0.7100 and 0.6800 remains the path of least resistance.

Asian currencies rallied sharply overnight with SUD/CNY falling 0.405 to 6.3940, USD/MYR falling 0.90% to 4.2000 despite oil plummeting, and USD/KRW falling 0.70% to 1182.70, a pattern repeated across the Asia FX space. I believe month-end flows, as well as the fall of the USD/JPY, helped drive the EM outperformance. Asian currencies have continued to book more gains today in Asia, driven by improved risk sentiment after the vaccine efficacy story from Israel gained wider circulation. With Asia FX rallying on positive virus news, its stands to reason that the next negative headline will see them about-face. With Jerome Powell setting a hawkish tone overnight, I would urge caution about the longevity of the Asian FX rally.

Oil has another virus slump.

In a high-volatility week, oil markets are in a league of their own. The Moderna CEO’s vaccine efficacy comments yesterday triggered another massive slump in oil prices. Brent crude finished 4.50% lower at $70.15 a barrel, having traded below $68.00 intraday. WTI slumped 4.40% to $66.95 a barrel, having tested $64.50 intraday.

With risk sentiment improving slightly, and the fall in prices irresistible to physical bargain hunters, Brent and WTI have rallied by 0.85% to $70.8- and $65.65 in Asia. It must be noted, however, that the gains this morning are only a slight dent in the scale of the falls seen in the past four sessions. While positive virus headlines provide an excuse for fast-money buying, the weaker side still seems to be lower.

With panicked tail-chasing blowing out volatility this week, the full OPEC+ meeting tomorrow cannot come soon enough, with the grouping cancelling the JMMC meeting earlier this week to evaluate omicron. With oil’s slump overnight, it is almost certain that OPEC+ will pause its scheduled production hikes for December to allow it to assess the impact of omicron more fully on the world economy. President Biden won’t be happy, but it does seem to be the more sensible move right now.  If OPEC+ postpones hikes tomorrow, oil prices may stabilise around present levels.

Technical levels and indicators are fairly useless in markets such as this, driven by panicked swings in investor sentiment and low liquidity. However, for what it is worth, the relative strength indexes (RSIs) on both Brent and WTI are now heavily oversold, indicating markets are vulnerable to a short squeeze. The overnight lows should provide some support ahead of OPEC+. Until OPEC+ announces its decisions though, we can expect more blood-bath range trading.

Gold is in trouble.

Gold’s price action continues to underwhelm, as it finished the overnight session down 0.55% at $1775.00 an ounce, before eking out a 0.20% gain to $1778.70 an ounce in Asia, almost a rerun of the price action yesterday. There are zero signs of any safe-haven bids emerging to shelter from virus volatility, and it is falling despite both US yields and the US Dollar also falling. Gold has now recorded its 3rd successive daily close below its 50,100 and 200 DMAs clustered between $1791.00 and $1792.20 an ounce, yet another bearish signal.