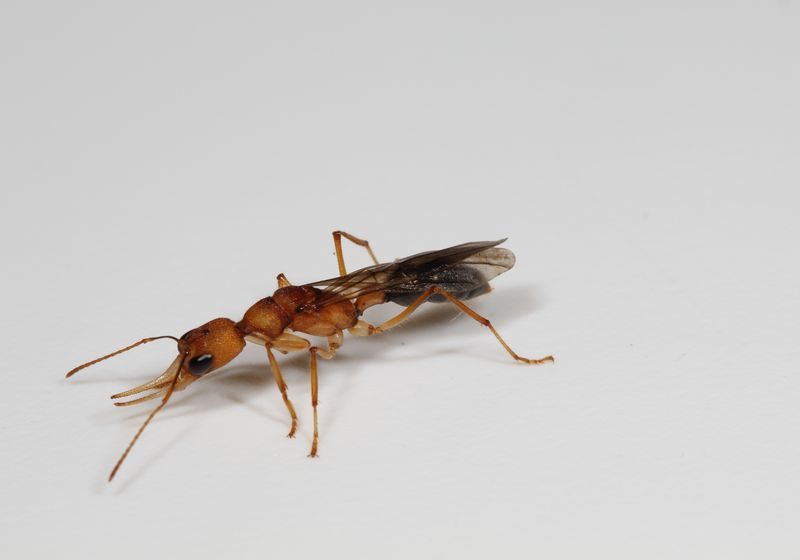 Queen ants, the only individuals in a colony that can lay eggs, can also live for decades—up to 10 times longer than workers. But for years, scientists didn’t understand why. A new study published yesterday (September 1) in Science proposes an explanation: The insulin signaling pathway of reproductive ants differs from that of workers in a way that blocks aging.

Claude Desplan, a neurobiologist at New York University who coauthored the study, says what attracted his team to study ants was the ability of workers to live normal lives while the queens who lay eggs live much longer. This, he says, contradicted a known tradeoff among animals between longevity and increased reproduction. Desplan and his colleagues decided to study the mechanism behind this.

They knew that in the absence of queens, workers can transition into pseudoqueens known as gamergates, and these gamergates can also switch back to their original caste (now known as revertants) when placed in a colony that already has a reproductive female.

First, Desplan and his colleagues set up a queenless colony consisting of 30 Indian jumping ant (Harpegnathos saltator) workers to induce the insects to transition to gamergates. After three months, they noticed traits in some of the workers that were consistent with that of mature gamergates, so they removed and isolated each of them. The gamergates were able to lay eggs, but this stopped after they were placed in a mature colony with a queen, indicating that the gamergates had reverted to their worker state.

The researchers observed that ovary growth is blocked in workers but activated in gamergates. And when the gamergates switched back to their worker status, their ovaries became dormant again. This explained why gamergates could temporarily reproduce like ant queens.

In Harpegnathos saltator ants, workers (marked here with colorful dots to distinguish them) duel with their antennae to establish new leadership after the death of their queen. Winners (gamergates, or pseudoqueens) acquire queen-like behaviors, including laying eggs. Their lifespan also increases from an average of 217 days to 1,100 days.

Alongside having the ability to reproduce, gamergates also live longer than their worker peers. The researchers report that the average lifespan of H. saltator worker ants was 217 days, but this increased fivefold in gamergates. The lifespan of revertants was just 188 days. Desplan and his team then sought to unearth the mechanism behind these changes in lifespan.

They collected 71 ant species of the order Hymenoptera from the National Center for Biotechnology Information and analyzed their RNA sequences. The analysis showed that two insulin-like peptides (ILPs), an insulin homolog (Ins), and an insulin-like growth factor homolog were present in almost all the species, but at differing levels. The ILPs were more abundant in the gamergates compared to worker ants.

Desplan says that this result was expected, as insulin enhances the gamergates’ appetite, allowing them to generate enough fats for egg formation. What puzzled the team was how this might be connected to the gamergates’ longer lives, since increased insulin signaling also induces cell aging.

Further investigation into the gamergates’ gene expression revealed ramped-up production of two proteins, imaginal morphogenesis protein-late 2 (Imp-L2) and acid-labile subunit (ALS). The presence of Imp-L2 in the ants’ circulatory fluid turned out to disrupt insulin signaling pathways in their tissues. Imp-L2 has been previously implicated in suppressing insulin-mediated growth in fruit flies, and Desplan describes this protein as an anti-insulin.

Vikram Chandra, a postdoctoral student at Harvard University who studies behavioral neuroscience and was not part of this study, says that the study’s authors have ”done really good work on extending our understanding of the detail of insulin signaling and how it controls reproduction in ants, and they’ve suggested interesting future directions for where the field could go to study the mechanisms of aging.” However, he says it’s too early to know whether this is really the explanation for how reproductive ants live such long lives.

Desplan, however, tells The Scientist that anti-insulin does prevent aging, as shown by the absence of molecular markers for aging in the ants’ tissues. “It’s clear that indeed the ants have found a way to basically maintain a very, very high productivity, and at the same time, longevity,” he says.

Chandra suggests that more studies should be done to understand if this mechanism applies to other species of ants. “We don’t know if this biochemical signaling mechanism is conserved across all reproductive ants or conserved across other contexts where ants live long lives,” he says.

Desplan says his team plans to investigate whether the anti-insulin has an anti-aging effect in other insect models, such as Drosophila melanogaster.