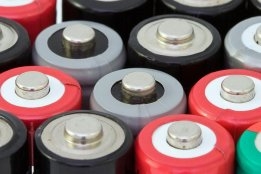 UK battery power start up Britishvolt has added marine to its aims with the backing of shipping group Scorpio.

The move by the shipowner comes as opportunities for battery power in shipping are opening up.

The size of investment has not been disclosed but according to maritime news provider Tradewinds, it is a single digit millions sum.

Electric power for ships has so far been limited to round trip routes for example on island/mainland ferry routes where the electric-powered vessel has ample time to recharge at the end of each leg of the journey.

However, as with other alternative forms of marine energy, electric power will need to tackle storage/distance relationship.

While oil-derived bunker fuel falls down on greenhouse gas emissions, it remains advantageous in terms of its relative ease of storage both off and onboard ship as well as how far a vessel is able to travel on a full tank of fuel.