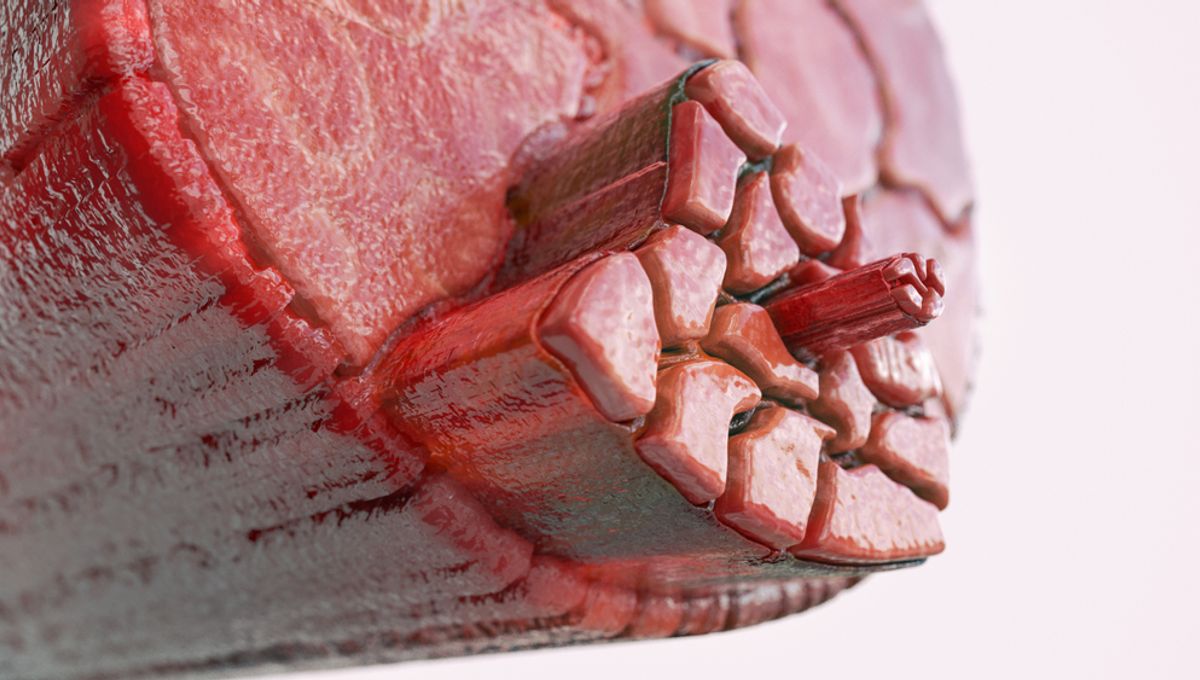 Hallmarks of aging in muscle cells have been reversed by the overexpression of a specific protein called NANOG. The finding by scientists from University at Buffalo shows how NANOG can reverse cellular aging in muscle cells without having to reprogram the cells to a more stem cell-like state, which has been an approach in the past in the search to reverse cellular aging.

“Our work focuses on understanding the mechanisms of NANOG’s actions in hopes of discovering druggable targets in signaling or metabolic networks that mimic the anti-aging effects of NANOG,” says the study’s corresponding author Professor Stelios T. Andreadis in a statement.

Cellular senescence occurs during aging, with cells reaching a point where they are unable to divide and repair. This results in the genetic material in the cells becoming unstable and causes an array of molecular and metabolic dysfunction that leads to disease. As a consequence, our body’s ability to regenerate decreases over time – but this study has shown that it might not be all that bad.

By overexpressing a protein called NANOG in senescent human myoblasts (the embryonic precursor for muscle cells) in the lab, scientists could reverse the age-related deterioration of the cells and increase their DNA repair mechanisms. Furthermore, in experiments involving animals, they showed that NANOG overexpressed in prematurely-aging mice increased the number of muscle stem cells present, showing that NANOG might have rejuvenating properties that could help reverse the aging process.

“Ultimately, the work could help lead to new treatments or therapies that help reverse cellular senescence, and aid the many people suffering from age-related disorders,” adds Stelios T. Andreadis.

In the pursuit to halt and reverse the aging process, various strides have been made in the last. Just last month, a study showed that a supplement could reverse the hallmarks of old age and promote healthier aging.

The latest discovery was published in the journal Science.