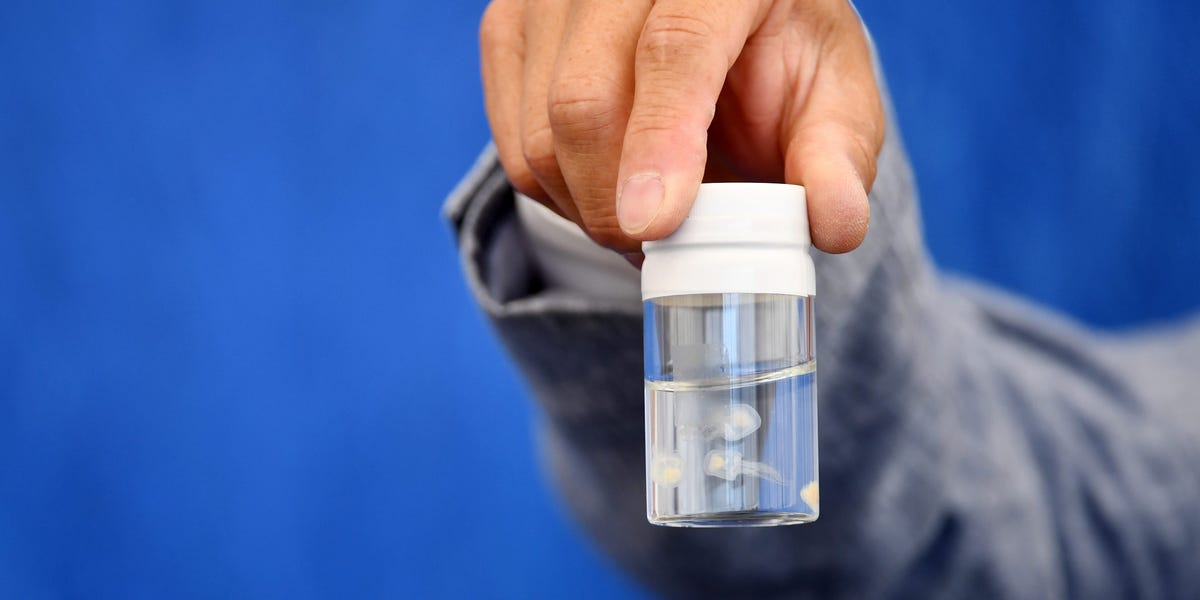 Scientists in Spain have successfully mapped the genome of a species of jellyfish that can escape age-related death by returning to a juvenile state after reaching adulthood.

In their study published Monday in the peer-reviewed Proceedings of the National Academy of Sciences, the team writes that they hope their findings can provide clues toward understanding more about human aging and the health conditions we face as we age.

T. dohrnii, dubbed the immortal jellyfish, goes through a life cycle just like other species of jellyfish. In one of these stages, the jellyfish attach to the seafloor as a polyp — basically a stalk of tissue — and attempt to stay alive.

When conditions are right, they can reproduce asexually by cloning themselves and eventually turn into the jelly-like “medusa” shape that jellyfish are better known for.

Once most jellyfish reach this adult “medusa” stage, they can also start reproducing sexually by releasing sperm and eggs into the water. After this stage, the typical jellyfish would eventually die.

However, the T. dohrnii can reverse its aging process even after maturing to adulthood, returning to a polyp on the seafloor, the researchers said.

In a bid to discover how the T. dohrnii’s immortality works, the researchers compared its genome to that of its cousin Turritopsis rubra, which doesn’t have the same anti-aging ability. They said the T. dohrnii’s genome had twice as many copies of genes associated with protecting and repairing DNA.

The team also discovered that the jellyfish had a unique mutation that allows it to prevent telomeres — the protective caps on the ends of chromosomes — from deteriorating. In humans, our telomeres tend to get shorter as we age.

Marine biologist Maria Pascual Torner, a lead author of the study, told The Wall Street Journal it’s unlikely that humans one day can possess the same anti-aging ability as the T. dohrnii.

“It’s a mistake to think we will have immortality like this jellyfish, because we are not jellyfish,” said the postdoctoral researcher at the University of Oviedo, per the Journal.

Still, the results of the study could help us understand the mechanisms of aging in general, she told the outlet.

Monty Graham, a jellyfish expert and director of the Florida Institute of Oceanography, told Reuters that Torner’s research has no immediate commercial value.

“We can’t look at it as, hey, we are going to harvest these jellyfish and turn it into a skin cream,” said Graham, who was not involved in the study, per Reuters.