As the tensions in Ukraine reach a critical phase, German chancellor Olaf Scholz will travel to Kyiv and Moscow on Monday and Tuesday (14 and 15 February) in a bid to prevent the outbreak of war and bring Russia back to the negotiation table.

The situation at the Russo-Ukrainian border is reportedly nearing climax. US officials stated on Friday that war is “imminent” and could start as soon as Wednesday – only one day after Scholz visits the Kremlin. 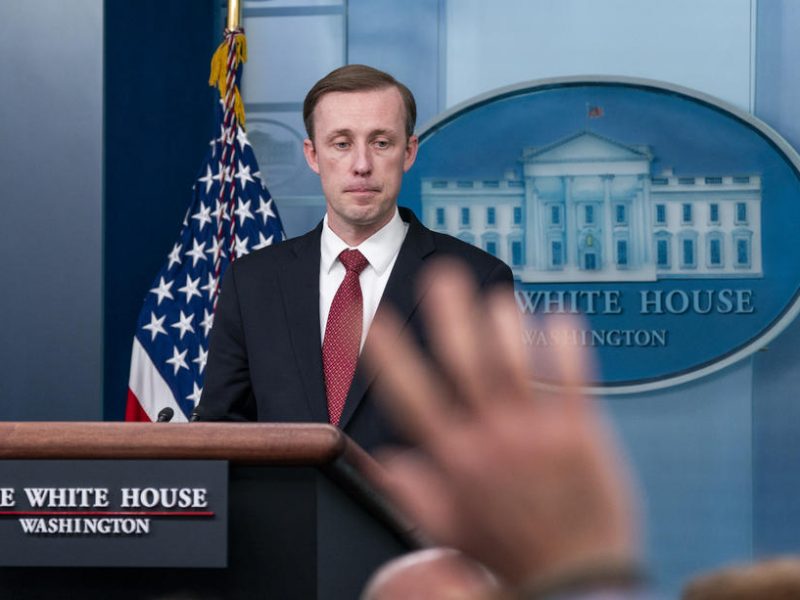 Washington reaffirmed its warning that Russia could invade Ukraine at any moment and German Chancellor Olaf Scholz prepared to visit both countries in a bid to head off a crisis that Berlin said had reached a “critical” point.

“No one knows what will happen on Wednesday,” a high-ranking German government official told journalists on Sunday. “What I can promise you is that on Wednesday, our diplomatic efforts and those of our partners will certainly continue unabated and intensively,” he added.

While government sources say that Berlin does not expect the trip to yield immediate results or spin the situation on its head, Scholz hopes that the continuation of diplomatic efforts could prevent further escalation.

“It is our task to make sure that we prevent any war in Europe from taking place,” the Chancellor stressed in an address to the Federal Council on Friday.

However, alarm bells are already ringing in Berlin. After the warning of the US government, Germany has asked its citizens on Saturday to leave Ukraine as soon as possible and announced that it would move most of its embassy staff out of the country.

While the German government is “aware that such steps could be perceived as an alarm signal”, the decision was based on safety considerations, not political, government sources said.

NATO accession and assistance to Ukraine

While Scholz bets on a diplomatic approach to defuse the situation, there are some red lines in the negotiations – one of them being the issue of NATO accession.

Russia has continuously demanded that the alliance’s doors remain indefinitely shut for Ukraine. However, German government sources say that such demands will not be considered and that the right of countries to join such alliances freely is the precondition for any talks.

Germany is currently also considering whether to assist Ukraine with delivering non-lethal military equipment. While Berlin has refrained from providing any weaponry to Kyiv, the shipment of other equipment, like night vision devices, is currently being mulled.

The carrot and the stick

Scholz sought close alignment with his Western allies in recent days. On Friday, the most prominent NATO members met to discuss the ongoing tensions and to ensure a common approach in their response to the crisis.

If Russia were to violate the territorial integrity of Ukraine any further, it would be met with harsh and swift sanctions; the nine transatlantic leaders agreed – among them Scholz, French President Emmanuel Macron, US president Joe Biden as well as European Commission President Ursula von der Leyen and President of the European Council Charles Michel.

The West agreed on a double-edged “diplomacy and deterrence” strategy in the meeting. Biden already stressed last week that he would end the Nord Stream 2 gas pipeline if Russia launched an attack. 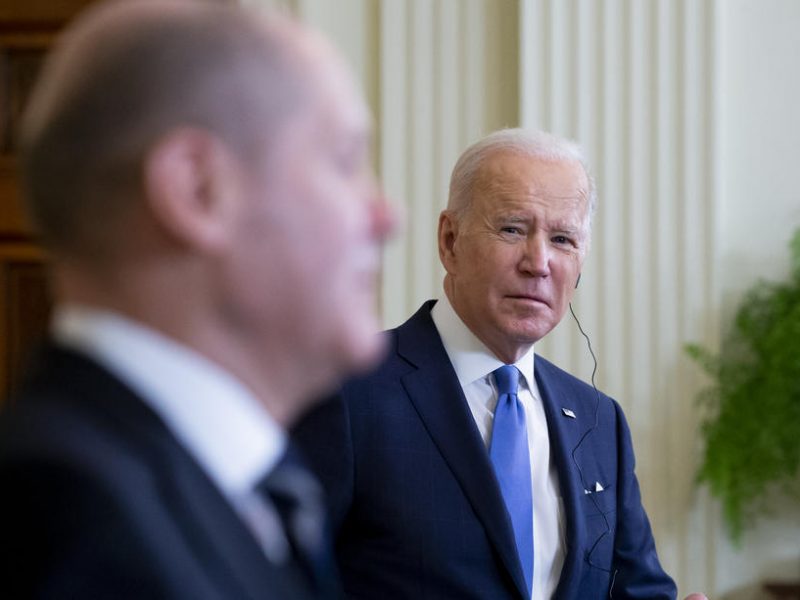 In case of aggression, the EU has announced “massive” sanctions in the finance and energy sector and would also target the “export of high-tech products,” von der Leyen said on Friday.

In the West’s “diplomacy and deterrence” approach, Berlin is especially keen to advance on the diplomatic front and leverage its longstanding special relationship with Russia to convince the Kremlin to halt any further conflict escalation.

While Scholz threatened Russia on Friday with “severe sanction” in case of any aggression towards Ukraine, he stressed the need to continue talks, most notably in the Normandy format, including Germany, France, Russia and Ukraine.

While some Western leaders have already outlined a concrete set of countermeasures that would be taken if Russia progresses its aggression, Berlin has remained vague on the scope and extent of its potential actions.

While Scholz continuously reiterated that all the transatlantic partners would agree on the countermeasures, he has refused to hint at any specific instruments of retaliation.

Scholz himself has dubbed his reluctance as being part of a “strategic ambiguity” that aims at leaving Putin in the dark about how far the West would go in their sanctions while also retaining open channels to the Kremlin.