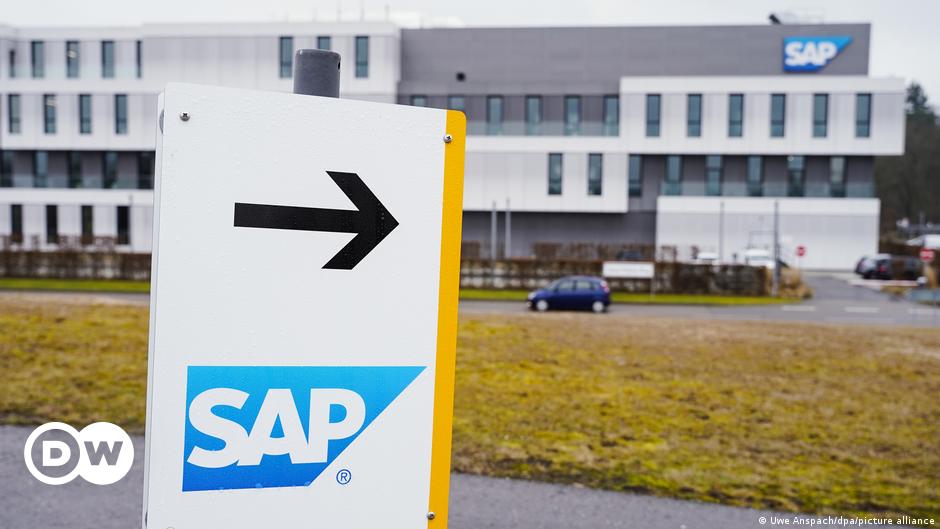 It began on April Fool’s Day, but it was no joke what the founders of the German software giant SAP had in mind when they launched the company in 1972.

Fifty years later, SAP counts 99 of the 100 largest companies in the world among its customers. With Europe and Asia as its main markets, the company made a turnover of around €28 billion ($32 billion) in 2021.

“They have invested a lot of money in understanding the complexities across the world,” Moiz Mohammed, managing partner at Archtexx, a technology consultancy in Bad Soden im Taunus, Germany, told DW.

SAP holds the ambiguous title of being the only world-class tech company ever to emerge out of Germany. Despite this lone-wolf status, the company’s origin story is not unlike those of American peers such as Apple and Microsoft, which sprouted up together in Silicon Valley.

Short for “System Analyse Programmentwicklung” (System Analysis Program Development), SAP got its start in Walldorf, a little German town south of Heidelberg. Five former IBM employees set out to automate and streamline business processes that up until that point had been done manually. While still at IBM, two of the founders experimented on a pilot application to solve a customer’s software problems. When they left IBM, they took the rights to their new software concept with them.

“Even though we thought we had a good chance at the start, of course, when we founded the company, we could not have imagined that SAP would one day develop into such a global corporation with more than 100,000 employees worldwide,” founder Dietmar Hopp said in an interview with the DPA news agency. “The prevailing opinion at the time was that the processes in companies were too different to be able to develop standard software for them.”

In the dark of the night

The employees would run tests of its software on customers’ mainframes at nights and on weekends, when no one was using them. Within three years, they had built something that could handle invoicing, accounting and inventory management.

It was a hit. Word about SAP got around and companies inside and outside of Germany began using the software, which allowed them to centralize their data and business functions.The success of the second generation of SAP’s software allowed it to go public in Germany in 1988.

In the early 1990s, the company began collaborating with American software company Microsoft to port its software to the Windows NT operating system. Major players like IBM, Burger King, Coca-Cola and General Motors signed on.

In 1998, the company went public on the New York Stock Exchange and increased the size of its global workforce by 50% to nearly 20,000 employees.

“There are not many German companies left who trade on US stock exchanges,” said Jens Korte, DW’s markets correspondent in New York City. “SAP is one of the few German stocks that still lists at the NYSE and pretty much the only big tech name from Europe’s largest economy. The US and Asian countries like China, Japan or South Korea are dominating the tech industry. SAP is one of the few exceptions.”

Head in the cloud

Flash forward to December 2021. The company, still headquartered in Walldorf, said it had more than 440,000 customers in more than 180 countries and employed more than 107,000 people. Despite its popularity with global heavyweights, small- and medium-sized companies account for about 80% of the customer base. According to SAP, the companies that make up its clientele generate around 87% of the world’s trade volume of $46 trillion.

With the rise of the digital economy, cloud technology has become evermore important to SAP. In 2021, the cloud business generated €9.4 billion of a total revenue of €27.84 billion. By 2025, the company hopes to pull in more than €22 billion in cloud revenue alone.

Today, the company is led by CEO Christian Klein. He had a brief stint running the company together with co-CEO Jennifer Morgan, notably the first woman at the helm of a company listed on Germany’s blue chip DAX index. But she left SAP not long after the two took the reins from longtime CEO Bill McDermott.

Under Klein, SAP has focused on expanding its cloud services, including for public administration, as challenging as this may prove for the German company.

“It’s no secret that Germany has some catching up to do in the area of digitization,” the 41-year-old CEO told the German magazine Wirtschaftswoche this week. He said that instead of getting started and adapting as you go, people in Germany often prefer to set up another working group and discuss solutions in theory.

SAP is already pushing ahead with “Sovereign Cloud,” Klein said, a project to provide an independent cloud system for the German public sector that would keep all the data in Germany.

This drive to expand their offerings has put SAP “on a warpath” of acquisition and internal innovation, according to Mohammed, who has worked with SAP systems since 2001. This has meant investing heavily in digitalization and cloud technologies as well as acquiring companies which might supplement their product lines they have today.

“They realize that just doing the enterprise processes are not enough,” he said. “They need to be able to manage the overall lifecycle of processes.”